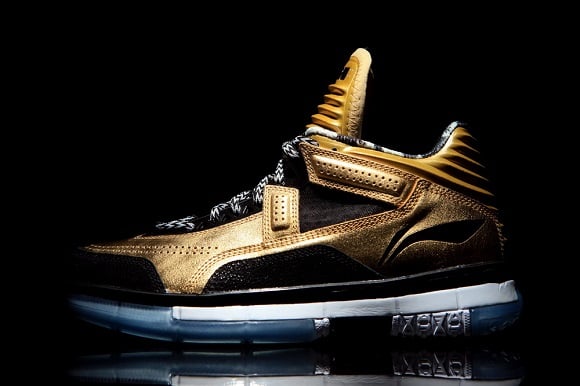 Throughout the 2013 NBA Playoffs, Dwyane Wade, he of the bizarrely-spelled first name, has struggled mightily with his game, being forced to play through a nagging knee injury. One thing he has not had a problem with is his sneaker selection, as Li-Ning’s star player has been laced by the Chinese sportswear giant, and laced well.

Last week, we gave you a look at one of those shoes, the unnamed gold PE he broke out during Game 1 of the NBA Finals. Tonight, we bring you a detailed look at that shoe, the Li-Ning Way of Wade Encore “Gold Rush”. Like the shoe’s name suggests, the updated version of Wade’s signature sneaker is dipped out in a shiny gold upper, accented with hits of black. The upper sits atop a white midsole and icy blue/white outsole, which utilizes a midfoot carbon fiber plate. Black and gold laces wrap things up, while Wade’s name is emblazoned on the tongue in letters eerily similar to the lettering found on rapper (and Miami Heat fan) Drake’s game-changing mixtape “So Far Gone”.

What do you think of this shoe Midas would be proud of, set for a July Asia release? Let us know in the comments below, and hit the jump for a detailed look at this metallic banger. 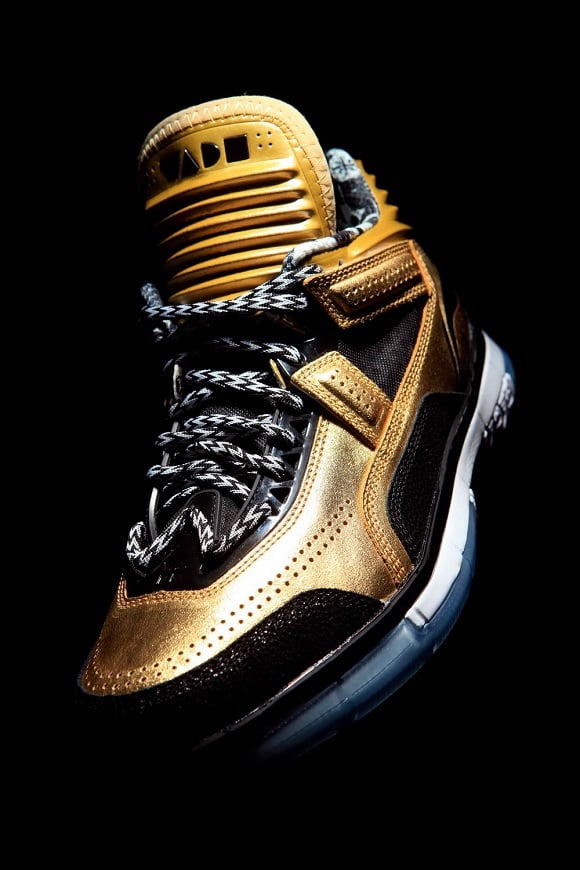 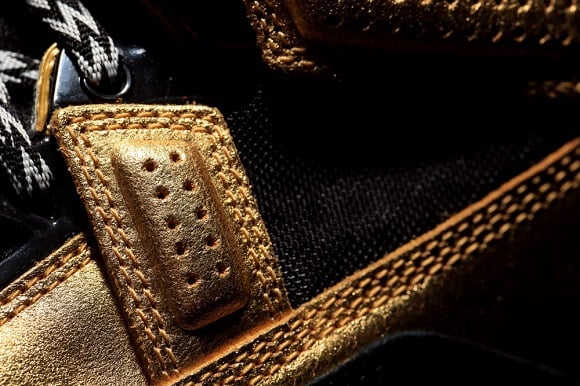 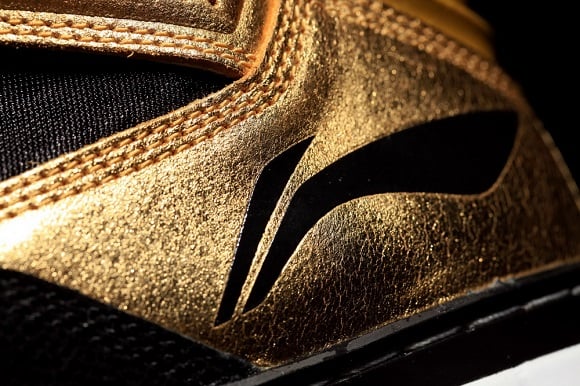 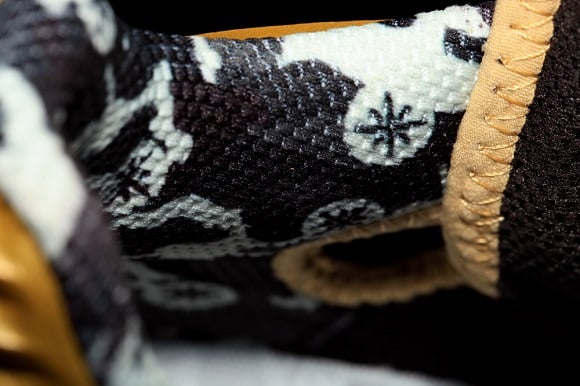 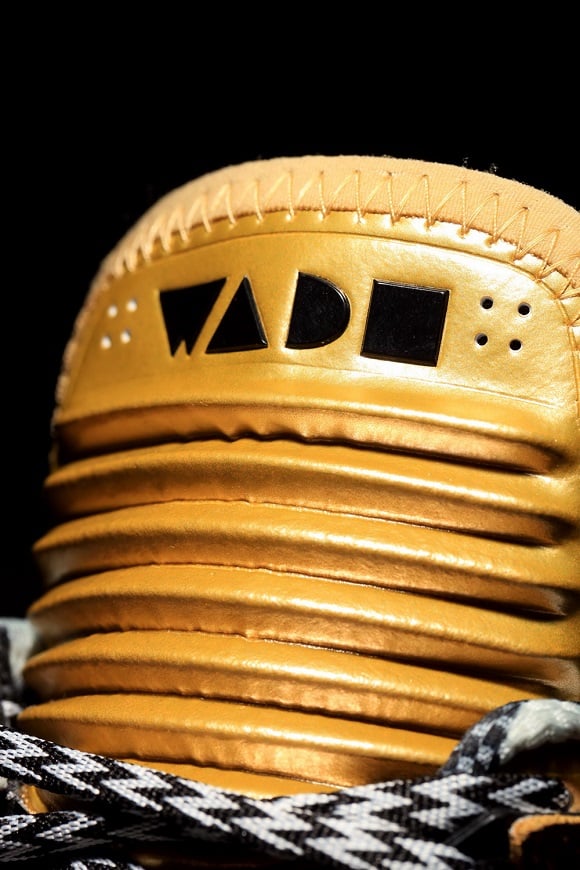 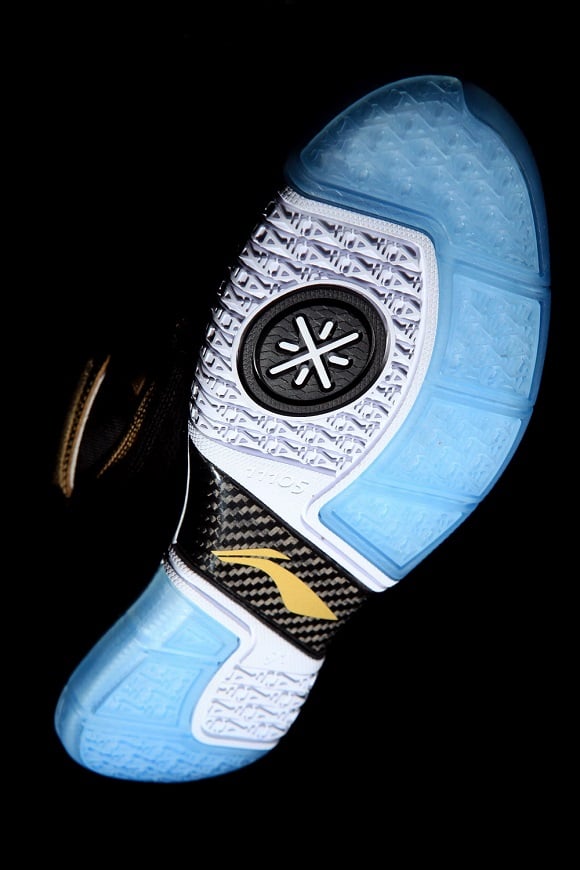 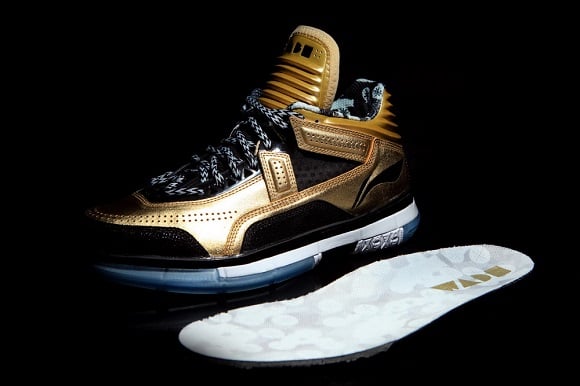 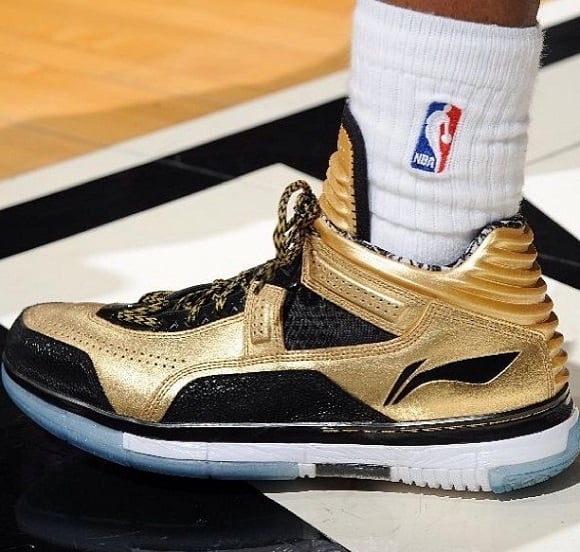 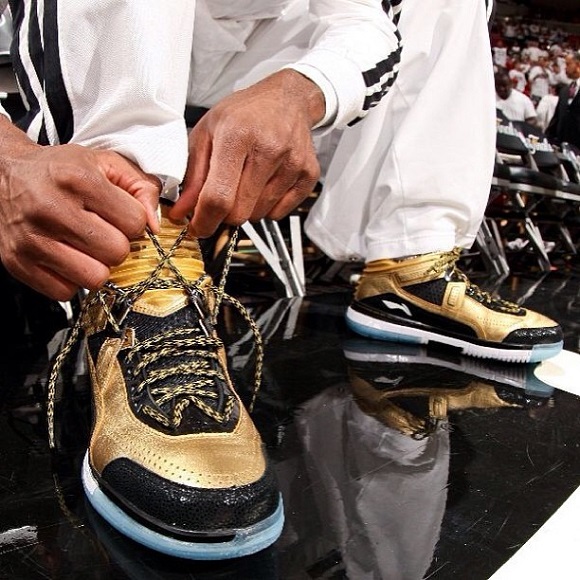