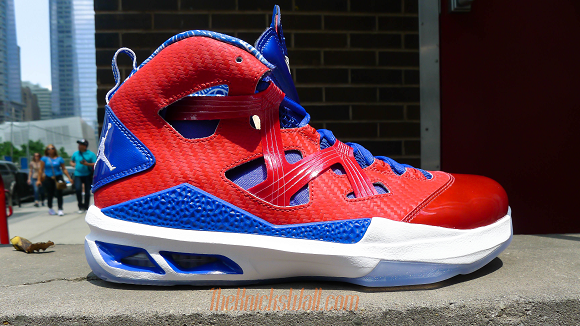 With the Puerto Rican Day Parade – held annually on the 2nd Sunday of June – nearing in the next couple of weeks, we’ve already seen a “Puerto Rico”-inspired pair of kicks, in the Nike Air Force 1 Low CMFT “Puerto Rico”, the next in a long line of Air Force 1’s that pay homage to the unincorporated US territory (Google it). Well, it looks like Jordan Brand has decided to also pay homage to the island that counted Big Pun as a non-native son, with the Jordan Melo M9 “Puerto Rico”.

Using Carmelo Anthony’s signature shoe makes sense, considering the Brooklyn-born NBA superstar currently plays for the New York Knicks, and the Puerto Rican Day Parade is held in New York City. The Jordan Melo M9 “Puerto Rico” features a red and blue upper, which pays homage to its namesake by utilizing the colors of the Puerto Rican flag. The shoe sits on a white midsole and clear blue outsole, while white accents can be found on the shoe in the form of the Melo logo on the tongue and the Jumpman logo on the heel panel. The lining and insole features a unique blue and white print made up of icons that represent Puerto Rico, while a red Jumpman logo on the heel of the insole completes the Puerto Rican color trilogy.

The shoe, priced at $140, is set for a June 6th release, giving sneakerheads a chance to cop this shoe before the June 9th parade, so that they can show their pride for the country it’s named after. Puerto Rican or not, this shoe is definitely one to look out for, and would make a dope addition to anyone’s collection. Are you feeling this Puerto Rican-inspired pair of kicks? More an AF1 fan? Hate both pairs and would rather just grab a Medalla and a plate of pork-filled mofongos as your way of celebrating Puerto Rico? Let us know in the comments below, and check out some more pics after the jump! 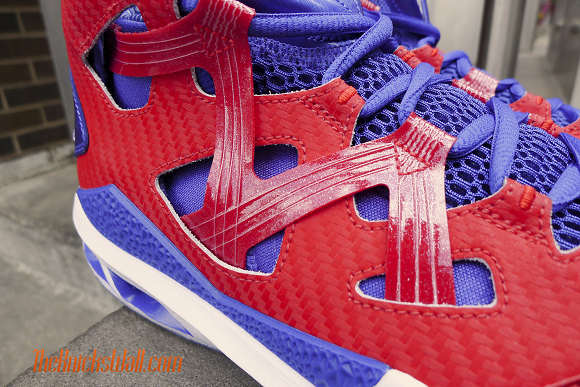 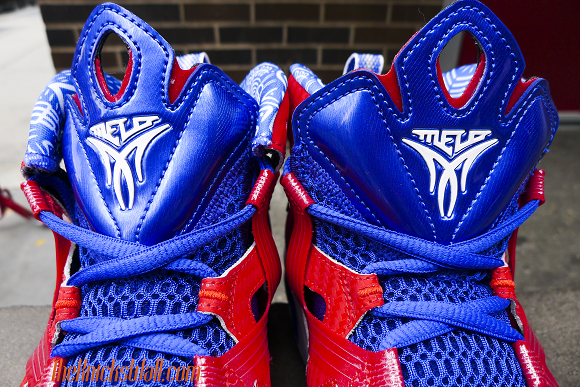 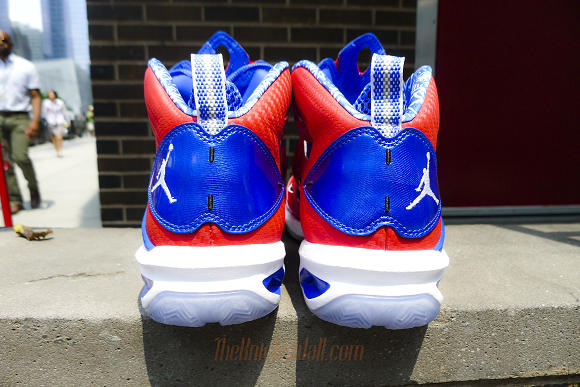 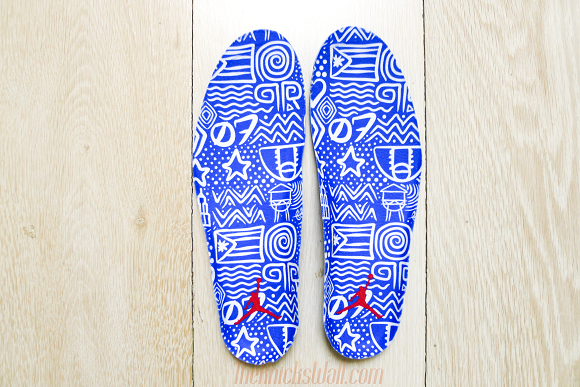 Via The Knicks Wall