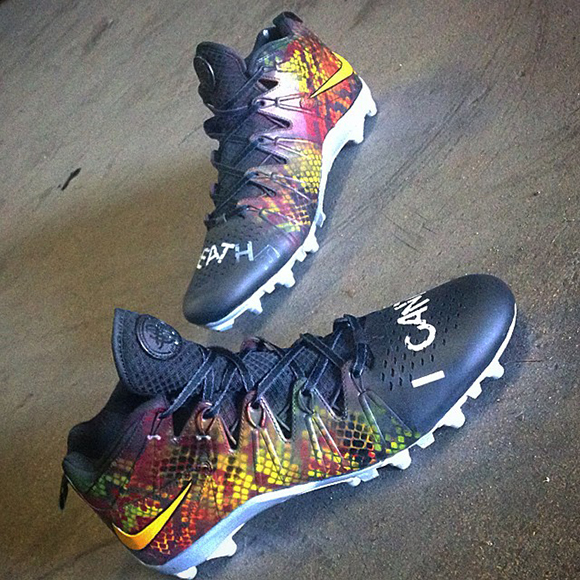 You probably have seen many NBA athletes wear the “I Can’t Breathe” t-shirt, but Washington Redskins Wide Receiver DeSean Jackson had a pair of custom Nike cleats made the sports the slogan.

The cleats that Jackson will be wearing is to show support for Eric Garner who killed by a police officer in Staten Island by way of a chokehold. New York has outlawed the use of chokeholds by their police officers, but the Jury decided not to indict the officer.

DeSean Jackson is expected to wear the custom Nike cleats made by Soles by Sir against the New York Giants. Although Nike doesn’t like their athletes to wear custom cleats, this pair should be ok since the branding is not covered, but actually sticks out more.

We tip our hat to DeSean Jackson, Soles by Sir and everyone else speaking out about the incident. 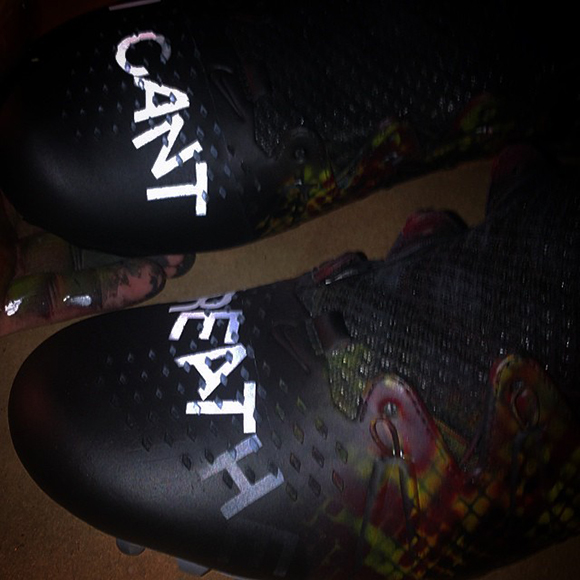