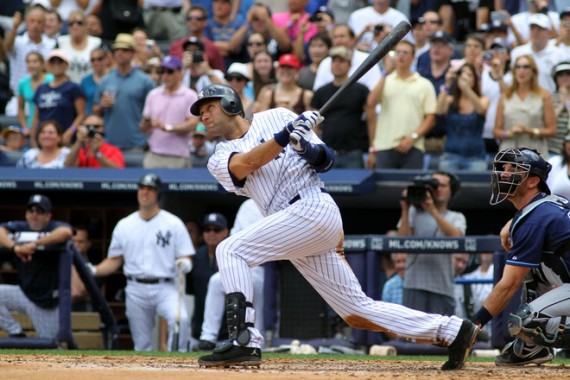 He finally did it. Derek Jeter becomes the 28th player in MLB history and the only playing in New York Yankee franchise history to reach 3000 hits!

During the 3rd inning against the Tampa Bay Rays, Jeter knocks one out of the park with a home run to capture this incredible milestone. Wade Boggs was the only player out of the 28 to hit a home run on his 3000th, and Jeter, as of today, became the 2nd to do so. Here, we have visuals of him on his 3000th hit wearing his 1 of 1 Jordan Jeter Cut SE.