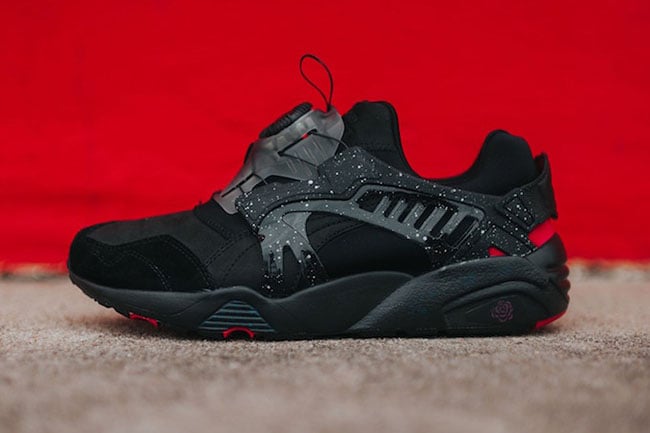 The second installment apart of the Crossover and Puma collaboration is the Crossover x Puma Disc Blaze ‘Rose Red’. This release is a follow up from the ‘Roses’ Puma Blaze of Glory.

Using the Puma Disc Blaze, through the uppers is predominate Black with a mixture of leather and suede construction. Across the cage is the use of White speckles which gives them an intriguing look. In addition you will notice minimal hits of Red used which are displayed on the outsole and heel. Other details include a Red Rose on the midsole and pirate embossed on the heel.

The Crossover x Puma Disc Blaze Rose Red has a stateside release date set for May 14th, 2016. Select Puma retailers will have them including Rock City Kicks. Once available, retail price will be $180. Get a closer look at Crossover’s latest collaboration by scrolling below. 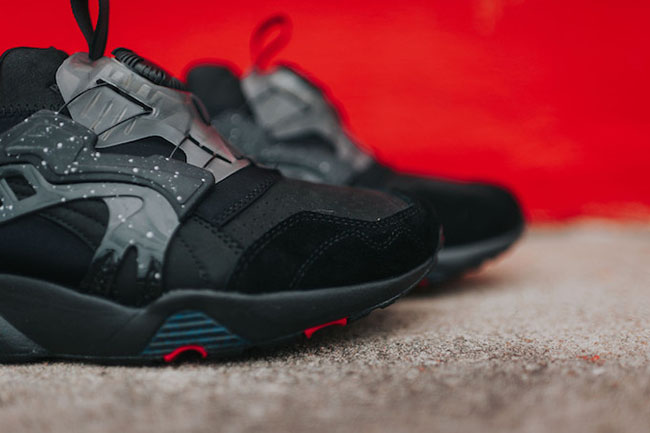 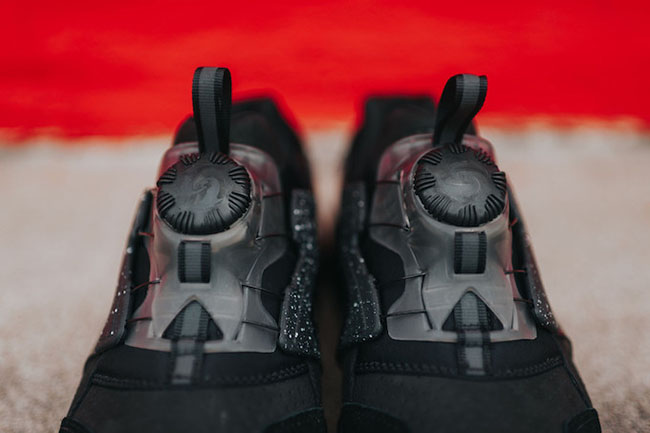 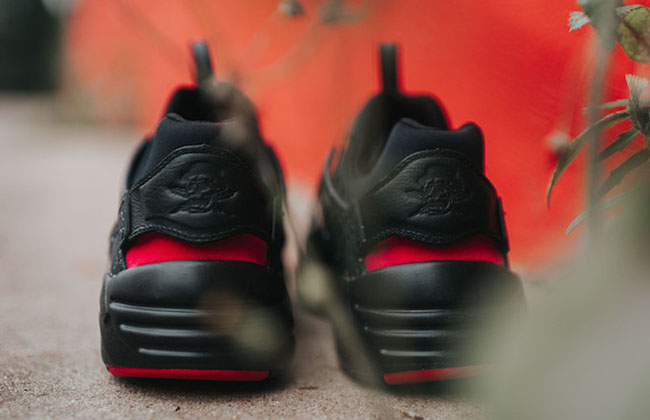 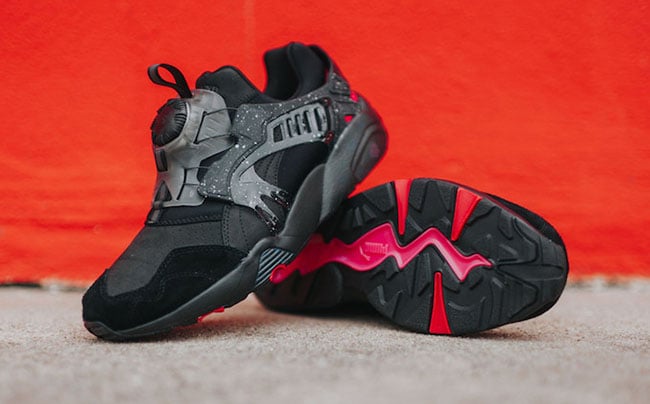