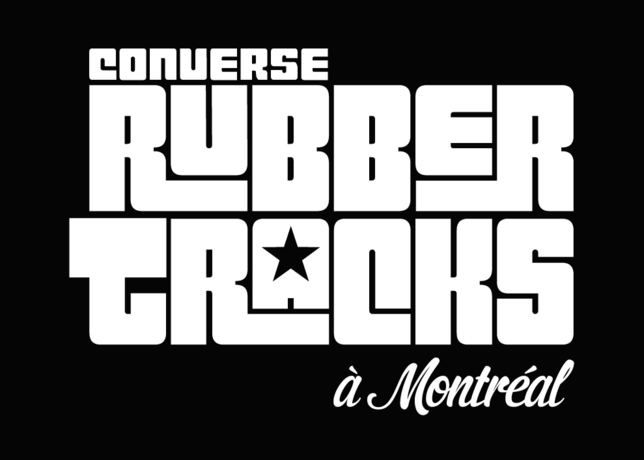 Today, CONVERSE Inc. announced it will bring the Converse Rubber Tracks experience, from Brooklyn, NY to Montreal from September 17-22 during the POP Montreal International Music Festival. For four days, Converse will provide local Canadian artists the opportunity to record at its “Converse Rubber Tracks in Montreal” pop-up studio at no cost and also host several music and skate events as part of “City Carnage: Montreal”, a four-day free event celebrating music and skateboarding.

“We’re extremely excited to bring Converse Rubber Tracks to POP Montreal,” said Jed Lewis, Converse Music Marketing Director. “Converse Rubber Tracks is a way for us to say thank you to Canadian musicians who have helped us become the brand we are today and to rally behind Montreal’s incredible music scene.”

Since the studio opened in Brooklyn in July 2011, Converse Rubber Tracks has provided emerging artists the opportunity to record in a state-of-the art studio at no cost.  Converse created the studio as a means to support and facilitate an artist’s self-expression. Musicians are offered the opportunity to register online, and if selected, record at Converse Rubber Tracks and in the end retain all the rights to their music.