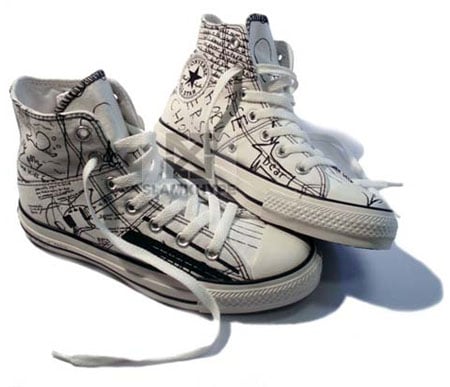 Converse honors the late great Kurt Cobain through a collection of shoes which have been inspired by his artwork and scribbles borrowed from his personal journal. Included are the Chuck Taylor All Star, Jack Purcell and One Star shoes, the shoes that were most often seen being worn by Kurt Cobain.

Pieces of his personal journal are used for the upper of the shoe including sketches and lyrics. In addition, black and white models will be offered and both will feature a worn distressed look, the way Kurt Cobain wore them. Release has been slated for May at select retailers and online. Via Slamxhype. 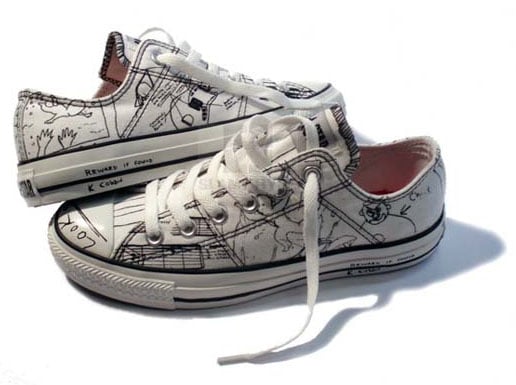 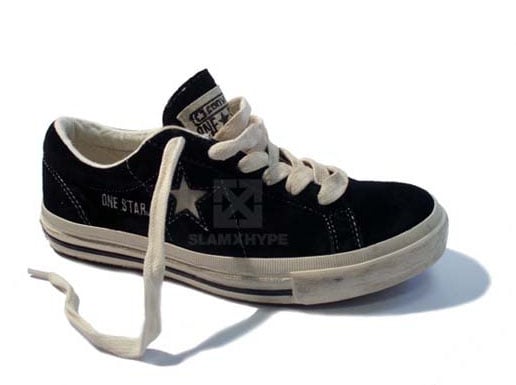 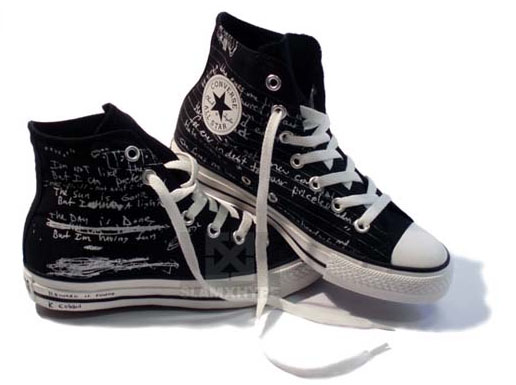