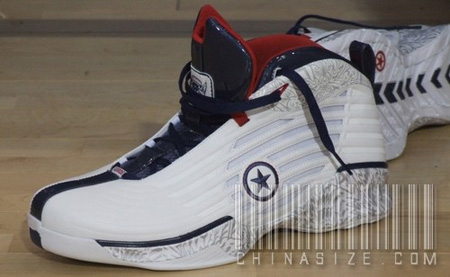 If you watched any of the Mens Basketball Olympic Games (except the Finals) you would have seen Dwayne Wade lace up the Converse Team Signature. But the last game Mr. Wade had on the Converse Dwayne Wade 4 (IV).

The first pair we have the privilege of seeing of the Converse Dwayne Wade 4 (IV) is inspired by the United We Rise series. Although we do not have a official release date, I am sure their is plenty of time for you to make your decision of purchasing. Via Chinasize.