We had speculation on certain models but nothing was confirmed until now. Each Kobe 10 tells a story and the first to launch was the 5 AM Flight. We showed what could be the Vino and Silk Road models, but now it’s confirmed they are indeed them.

What probably comes as a surprise to a few people is the Blackout Nike Kobe 10. We visioned an all black pair, which is typically because the blackout nickname is usually attached to them. But with the Kobe 10, it comes with purple on the uppers and the use of black, but nothing over baring. The real inspiration behind the shoes is Kobe Bryant’s work ethic. Taken from the descriptive image prior “When I’m really feeling it, I work out until I blackout.”

The Silk Road Kobe 10 connects West and East, also known as the China. Arrays of orange, red and gold are used. Vino which uses shades of green is compared to Bryant as he gets better with age, just like wine.

Check out the rest of the images below and let us know which is your favorite Nike Kobe 10 so far? 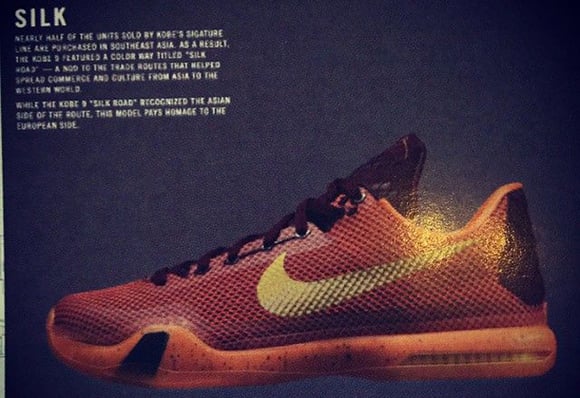 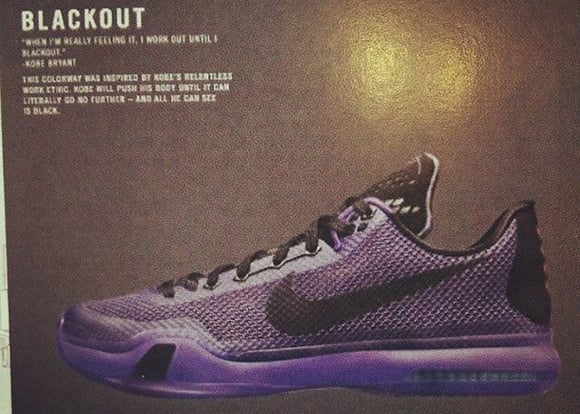 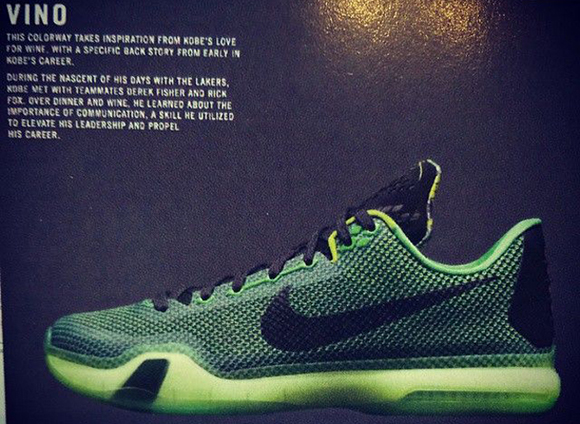