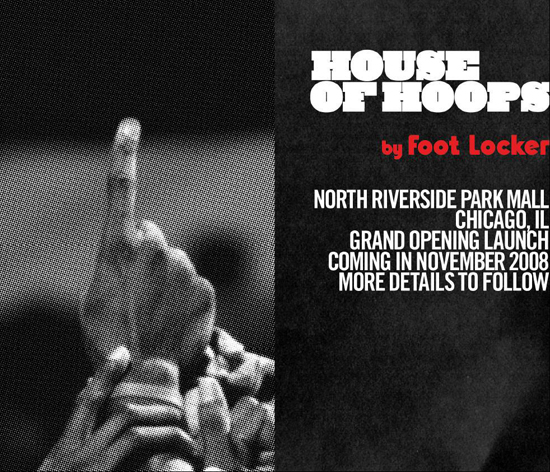 Nike recently announced a third House of Hoops location will be releasing in Chicago, at North Riverside Park Mall. The Footlocker and Swoosh exclusive concept has earned wide acclaim in Harlem and in Los Angeles, where the second store opened last week. My question is: what kind of exclusive releases will we see now? Ben Gordon Bluechips or Kirk Hinrich Converse Assists? I suppose we’ll have to wait it out and see! Via: Footlocker.