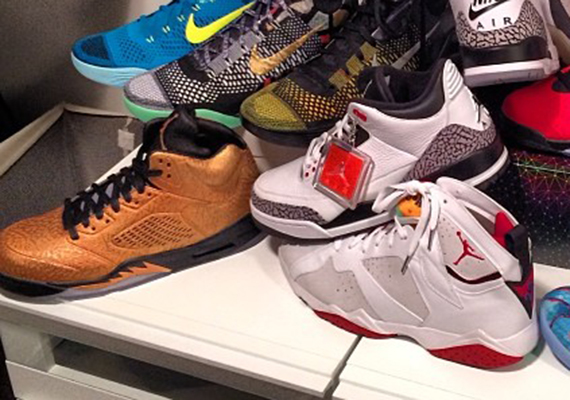 After releasing both the “Elephant” and “Infrared” versions of the Air Jordan 3Lab5, sneakerheads have been awaiting another release. While the photos Arizona Cardinals defensive end Darnell Dockett posted on IG would lead you to believe that a new colorway could be on the way, such isn’t the case. Amidst the pile of heat, all of you sneakerheads will surely notice the custom “Bronze” colorway for the previously mentioned silhouette.

Decked out with a shimmering bronze upper, black accents and an icy sole finish off this custom made pair of kicks. Would you cop this color scheme had they actually been a general release? Check out another look after the jump and make sure you drop us a line in the comments section below. 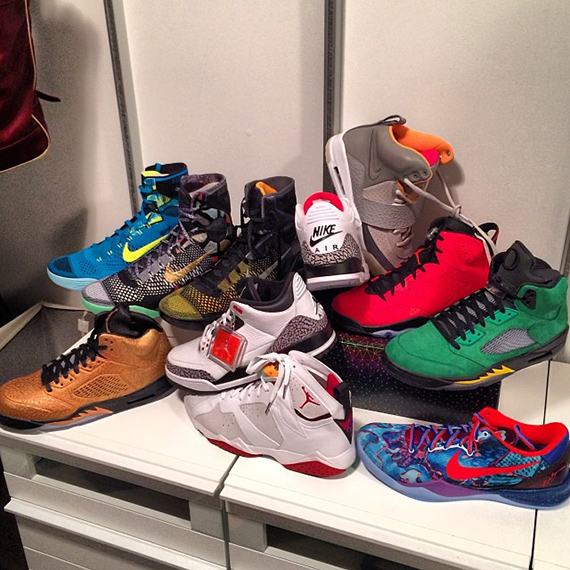