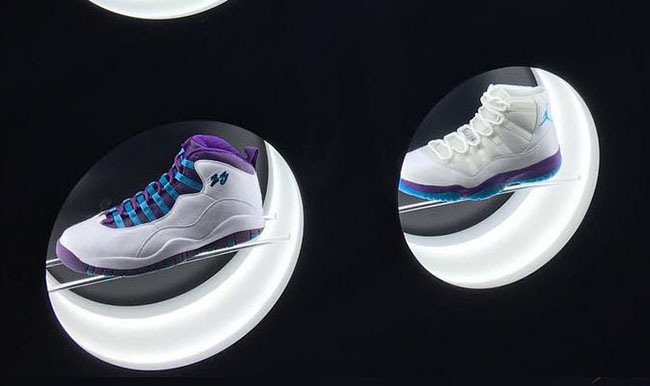 Can you image Air Jordan Charlotte Hornets models? Sure and we have seen some pairs on the feet of NBA players for the team, but they are usually the current model. Displayed in Michael Jordan’s private suite in the Hornets arena are some of the most popular retro models dressed in his teams colors.

Shown are Air Jordan models 2-13 but there could be more, but only one image was posted by Jordan’s brother-in-law Carlos Prieto. All twelve pairs use a white base while purple and teal accents are placed accordingly which allows for a clean look.

Get a closer look at all the Air Jordan models on display dressed in Charlotte Hornets below. While you’re there, leave a comment letting us know which pairs you would like the brand to release on day. 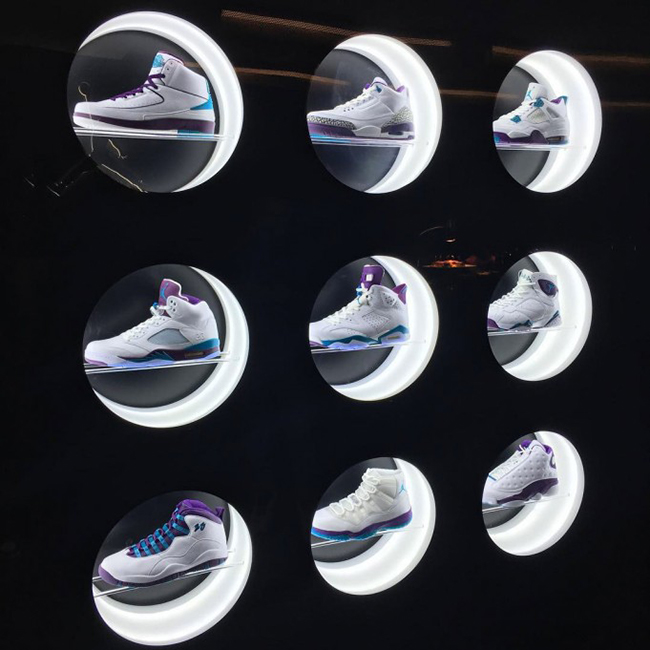 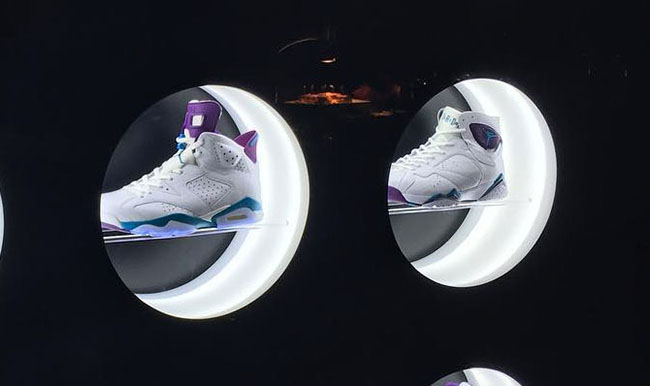 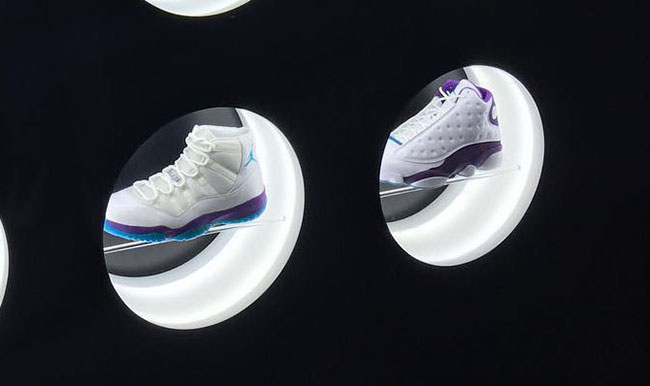 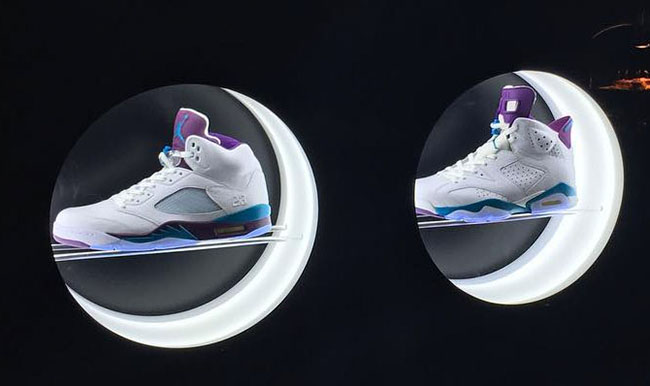 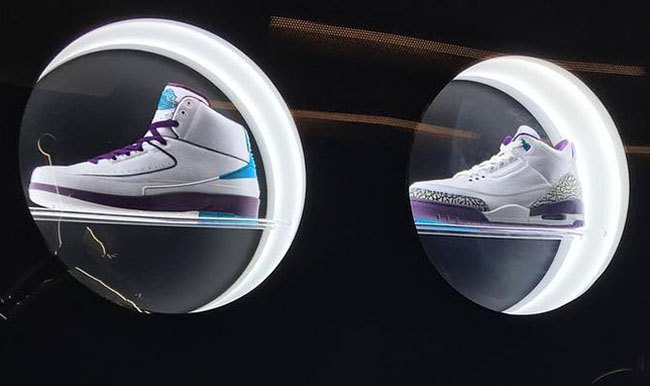 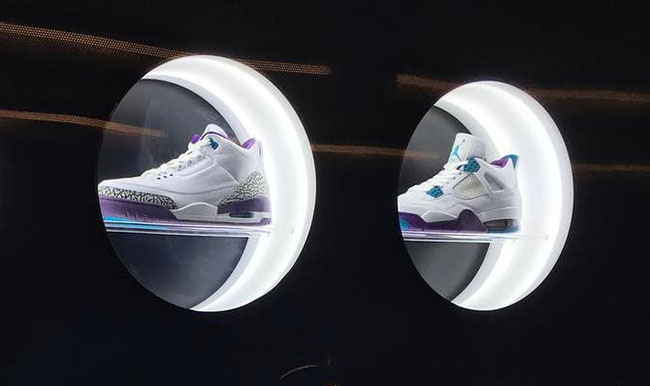