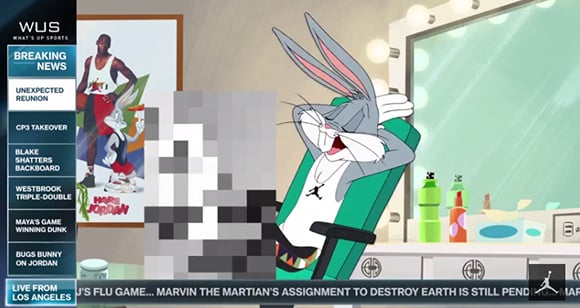 This weekend Jordan Brand is releasing the Jordan 1 Mid ‘Hare’ and ‘Lola Bunny’ and out of nowhere a interview with Bugs Bunny with Ahmad Rashad appeared online.

The interview talks about how Marvin the Martian was the cause of MJ’s flu game although still scoring 38 points, how Bugs is competitive and the Air Jordan 30. Since the video is playful, they try and ‘expose’ the shoes, but if you haven’t seen it yet, we don’t want to spoil the surprise.

Jordan Brand is building up hype early for the Air Jordan 30, which will release sometime in the Fall. At the end, Bugs insinuates that there will be more interviews, so a possible unveiling could come in the future. We posted the video below for you to have a look.