How aggressive is Blake Griffin on the court? Aggressive enough to tear his Nike Hyperdunk Elite PE’s.

Blake Griffin and the LA Clippers took on the Memphis Grizzlies on May 9th. In the third quarter Marc Gasol steps on Blake Griffin’s foot, leading Griffin to stumble and leaving him with a ripped pair of Hyperdunk Elites. Good thing for Blake, he brings 3 pairs with him.

The Nike Hyperdunk Elite is stated as a technology advanced shoe, but you almost have to wonder, what went wrong here? We would think that these shoes (retails at $200) would withstand a lot of damage, even beyond par of Nike All Star endorsed NBA players.

We do hope this is some sort of fluke. The Memphis Grizzlies went on to win the game 92-80. 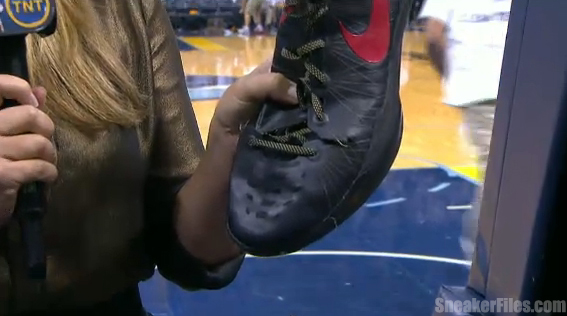