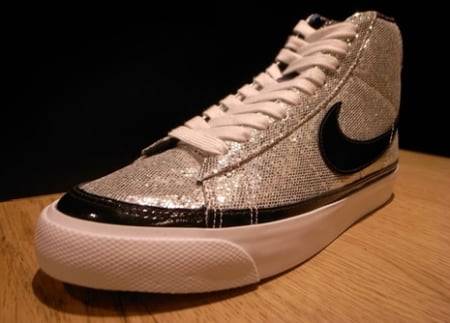 Though the snow storms across the United States might not be indicative of the warmer weather ahead, Nike is surely getting ready for the spring with two new colorways of the iconic Blazer silhouette. Although both these models will only be available in women’s sizes, Nike has included a 100% blue bearbrick with Nike on the front and “Nike Blazer 10” on the back for either gender. As for the sneakers, the first colorway hosts a shiny silver upper with black and white accents, while the second pair, seen after the jump, features a full black upper accented by a white swoosh and white laces. The Bearbrick x X-Girl x Nike Women’s Blazer Mids will be dropping at Nike’s flagship store in Harajuku, Japan on February 13th. 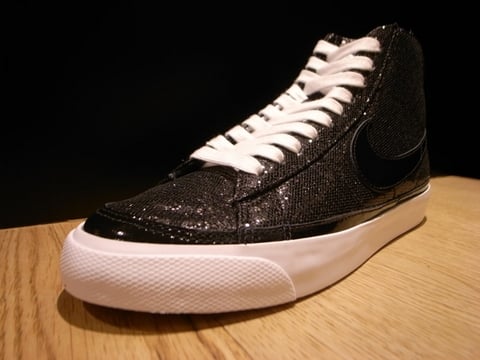 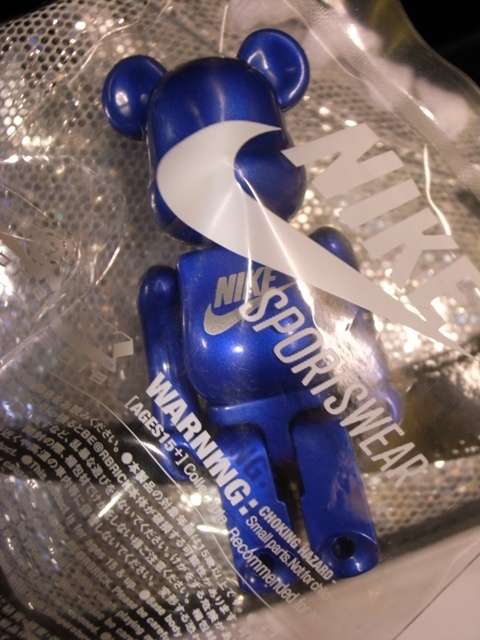 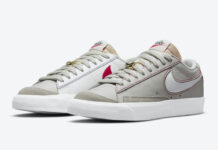 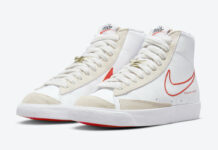 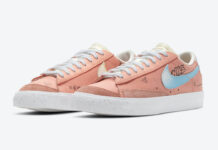