In 1972, the Nike Blazer was first released. It is a very simple sneaker with a large swoosh, something the designers wanted to emphasize. It was worn by basketball great George Gervin, aka the Ice Man. There was nothing particularly special technology wise about the Nike Blazer, but it remains a classic today.

As with most classics, the Nike Blazer has undergone collaboration designs. In 2001, Nike collaborated with street brand Stussy to create two special color ways of the Nike Blazer. In 2003, Nike teamed with New York graffiti artist Futura and produced 1,000 pairs of the Nike Blazer, included in the Artist series. The Nike Blazer’s upper comes in either leather, suede, or canvas. Since then different stores and artists have had the opportunity to design a Nike Blazer. 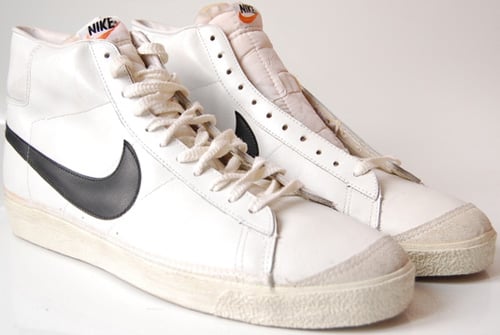