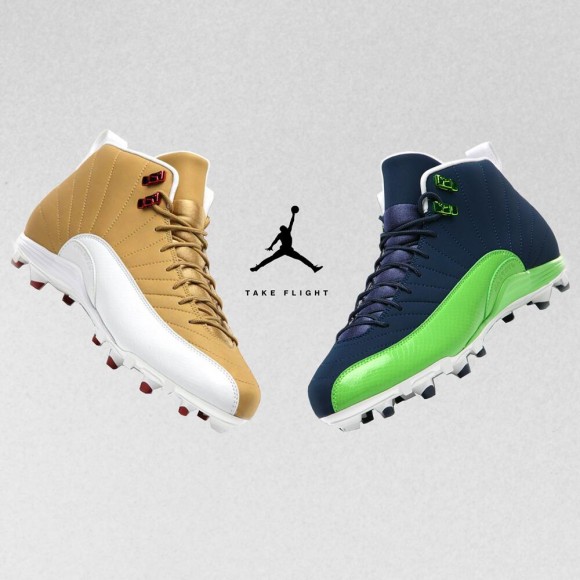 Aside from the epic battle being waged between the San Francisco 49ers and the Seattle Seahawks, it looks like two members of the Jordan Brand family will have their Air Jordan XII PE cleats go head to head as well. The 49ers Michael Crabtree and the Seahawks Earl Thomas will be taking to the gridiron rocking some ill pairs of team-inspired colorways about the cleated version of the classic AJXII. As you will see from the pictures and the tweet posted after the jump, Jordan Brand will be front and center during the marquee matchup. Peep both pairs of cleats below and be sure to let us know which player has the better PE.