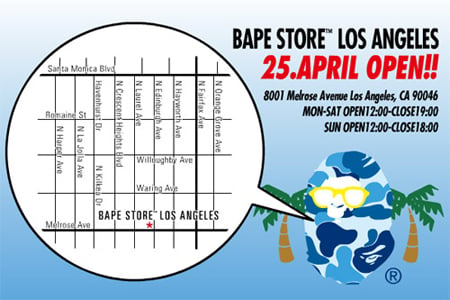 Rumors of a Bape Store opening in Los Angeles have been up in the air for awhile and now the store has officially been announced to be opening soon. An exclusive commemorative t-shirt is expected to be sold with the opening of the store, like many of the past openings. The Bape Los Angeles store is set to be opening on April 25th on Melrose, home to some of the best stores LA has to offer. Furthermore, information about working at the Bape Store LA is available on the official site.