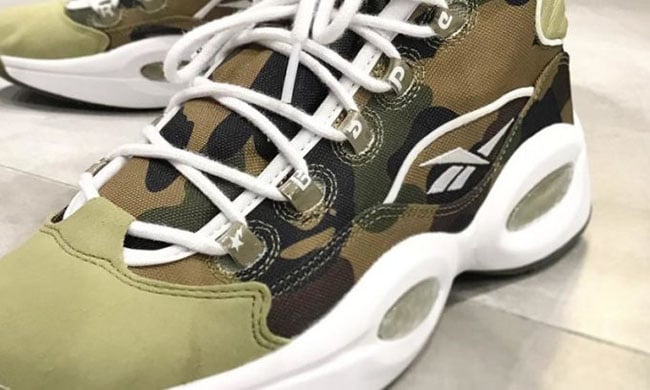 The Bape x Reebok Question is another collaboration that celebrates the 20th Anniversary of the model. This also marks the first time that Japanese streetwear brand Bape collaborates on the Reebok Question.

As you can see, this Reebok Question features the Bape camouflage through the tongue, most of the panels and around the heel. Shades of Olive Green, Cargo Khaki and Brown which are used across the uppers. In addition we have White detailing on the Reebok branding, laces and through the midsole. Finishing the collaboration is the Bapesta Star on the heel.

Continue to scroll below to check out more images of the Bape Reebok Question 1st Camo with mita sneakers which will show you a closer look and how they look on feet. They are set to release at select retailers on December 23rd, 2016 for $210. Once we have more information for you, we will make sure to give you an update. 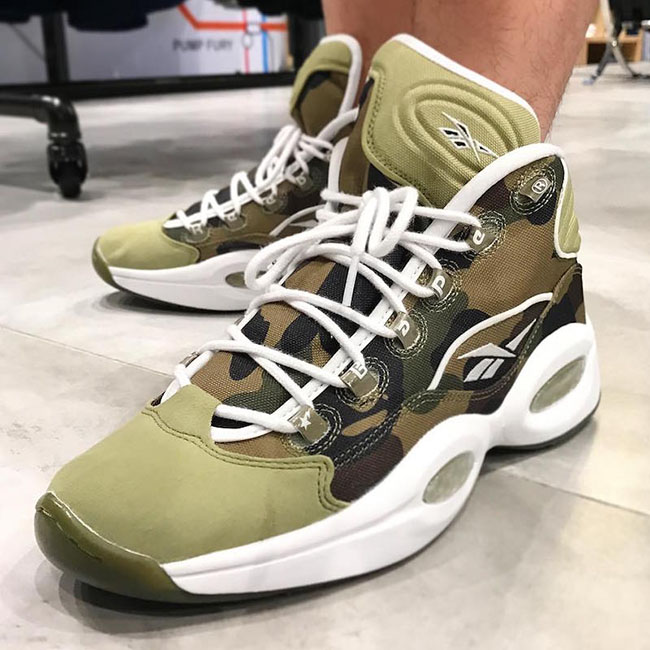 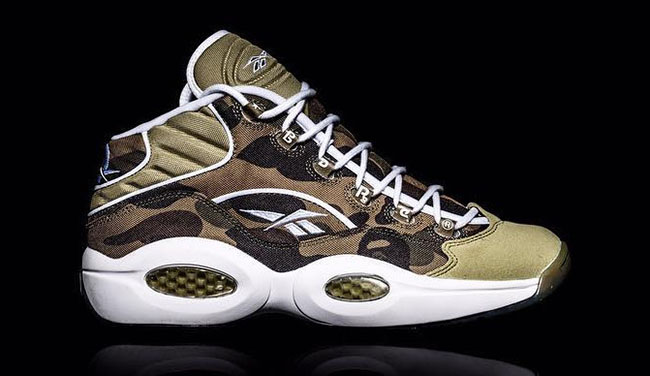 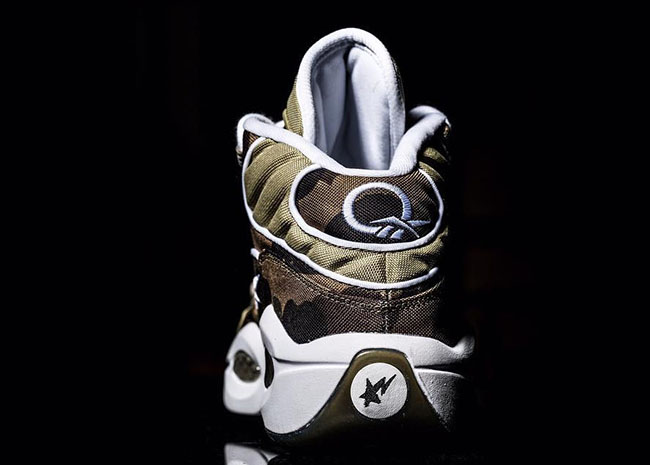 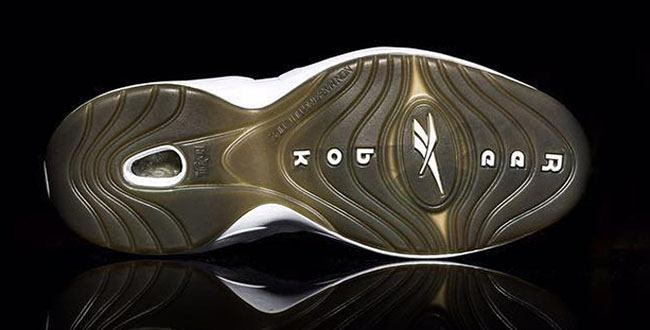