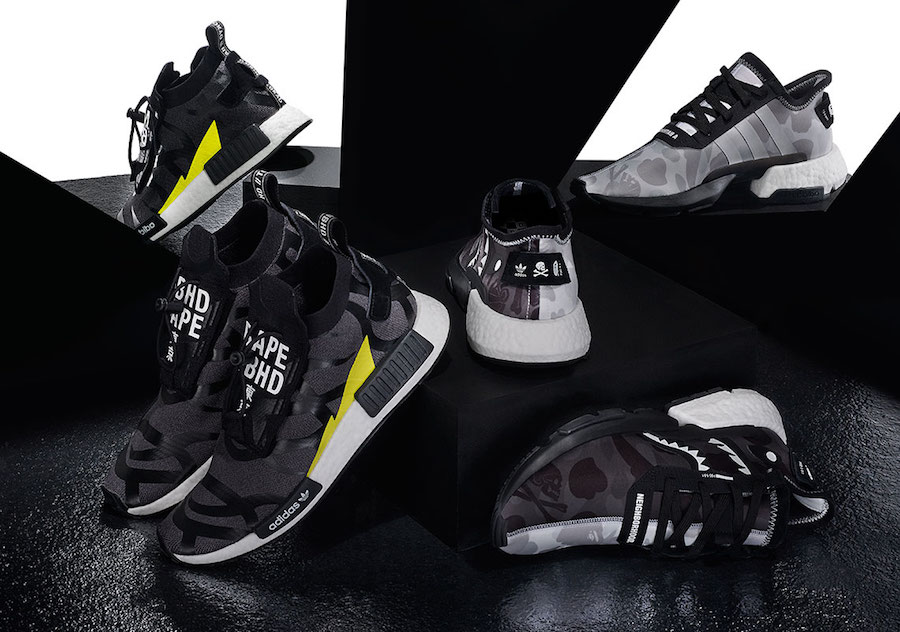 A Bathing Ape (BAPE) and Neighborhood (NBHD) have connected with adidas Original to release a special NMD R1 STLT and POD S3.1.

The POD S3.1 fuses modern BOOST cushioning with design details from the decade that spawned both BAPE and NBHD, resulting in a perfect synthesis of heritage inspiration and forward-thinking. Bold graphics have long been a part of both BAPE and NBHD’s singular aesthetics, and they feature on the POD S3.1 for eye-catching effect. Each brand employs their own memorable graphics: a two-tone camouflage featuring APE head and NBHD’s skull and crossbones motif splits each shoe in half, while BAPE’s shark teeth and eyes are rendered across the outside of the uppers.

The NMD STLT features a Boost midsole and sock-like Primeknit uppers that make the style
tailor-made for today’s streets. While BAPE and NBHD maintain the minimalist silhouette and deceptively high-performance functionalities of the model, everything else about the shoe becomes bright and bold in their hands. The uppers feature a distinctive co-designed pattern, while a bolt of lightning yellow lends an unmissable splash of color to both the inside and outside of the uppers. The lacing system is also reworked, with a co-branded lace cover with bold letters and magnetic lace puller offering a sleek but striking addition to the footwear offering.

You can expect the BAPE x Neighborhood x adidas Collection to release at select retailers and online at adidas.com on April 19th. Below you can see more images which will give you a closer look. 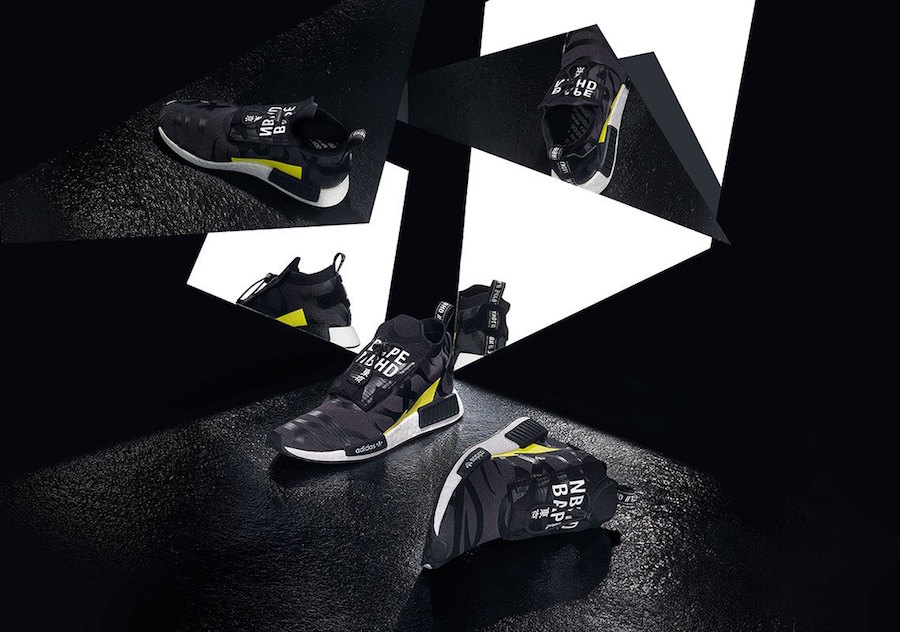 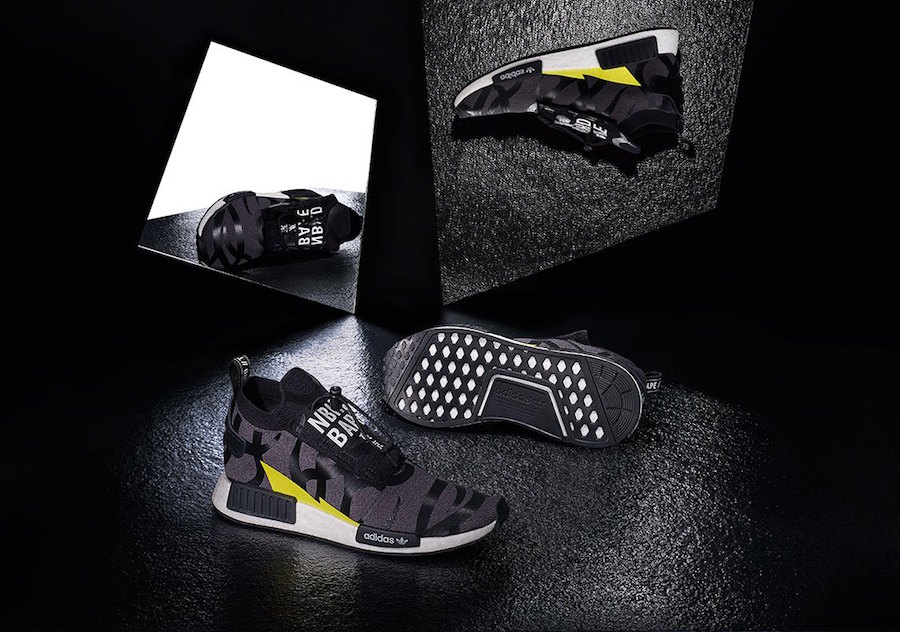 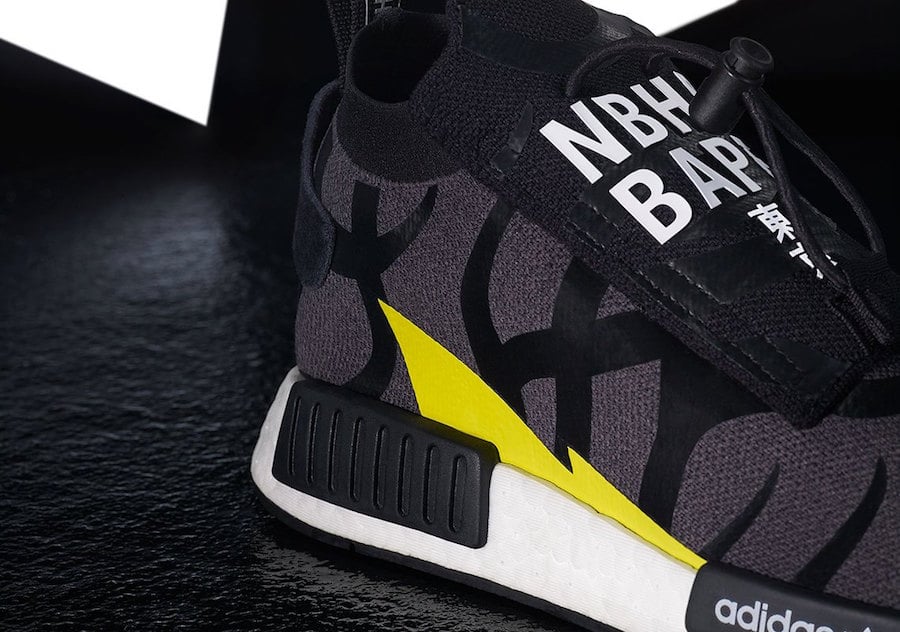 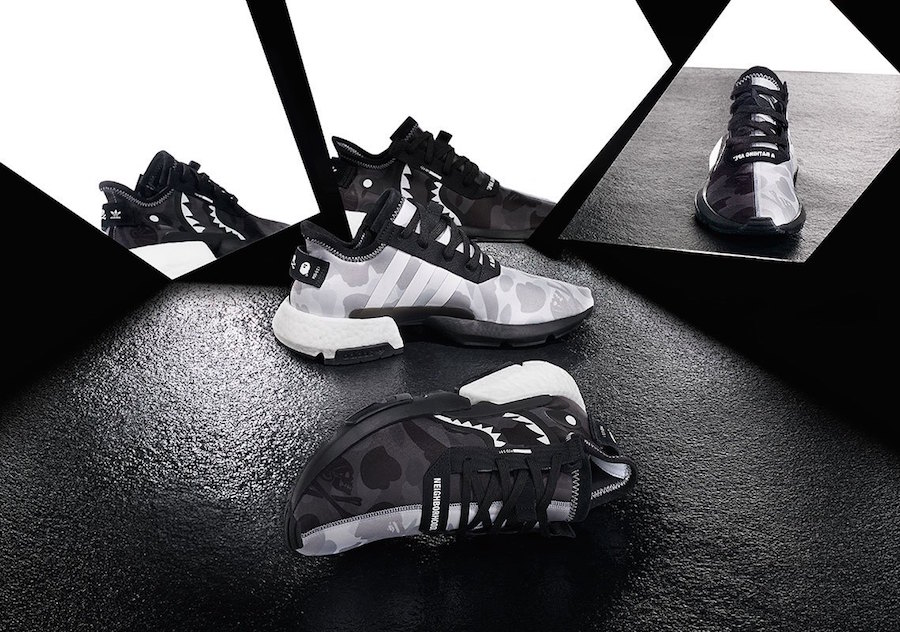 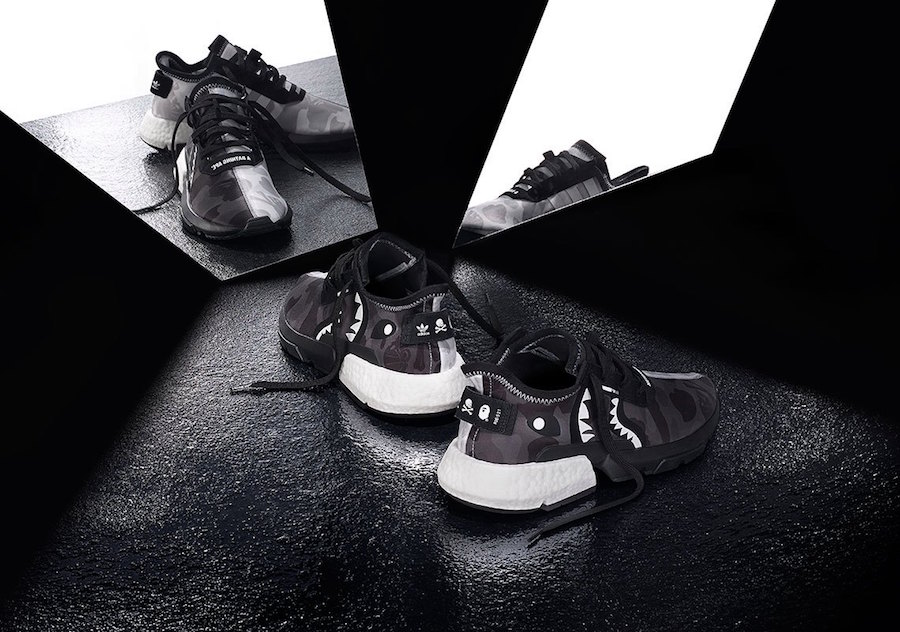 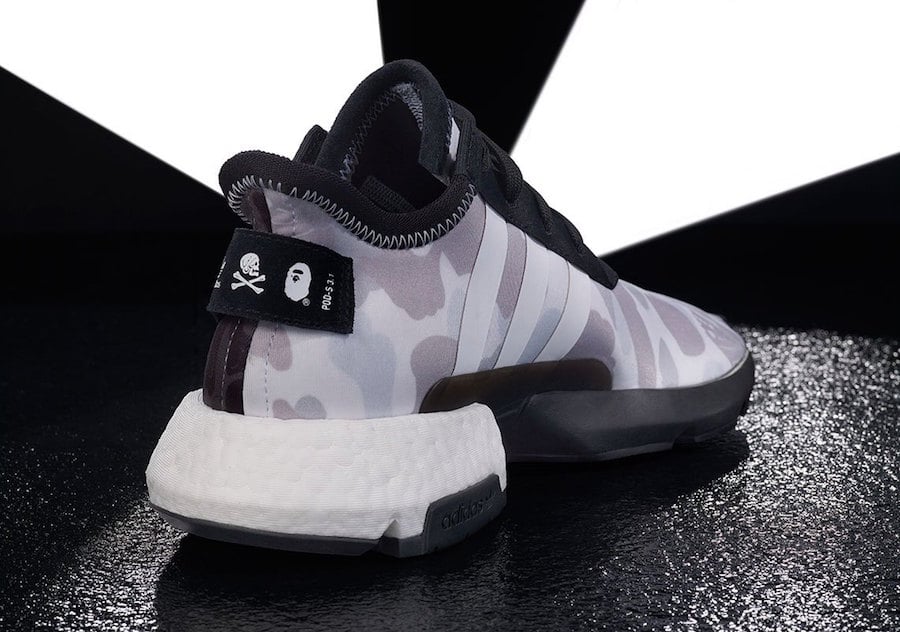