By Brian Betschart
Apr 1, 2009
In
Other Sneakers 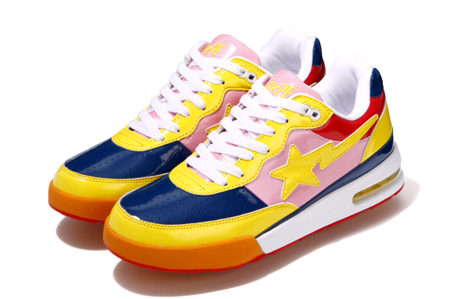 To celebrate sixteen years of bathing apes, Bape has released 6 pairs of Bape Roadstas 16th Anniversary in combinations of pink, yellow, purple, blue, orange, and red colorways aside from the anniversary tee shirts. The Roadsta’s are made entirely of patent leather on the uppers, each with white midsoles with the air bubble. Of course the eclectic selection of colors is what makes these Bapes, but this time, for the sake of a celebration, a fiery text that reads an underlined “16” is featured on the back heel. These Roadsta’s are definitely great additions to any collector’s army, especially at a price of $180 each. Available now on Bape. 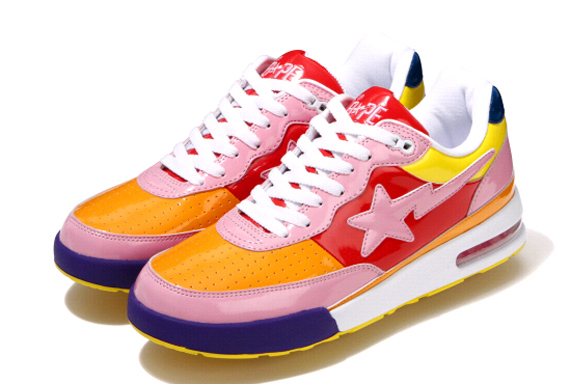 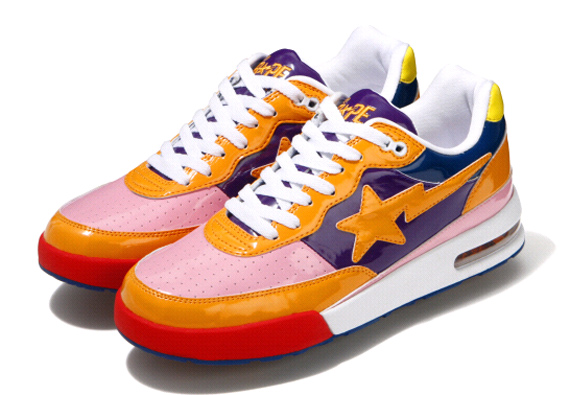 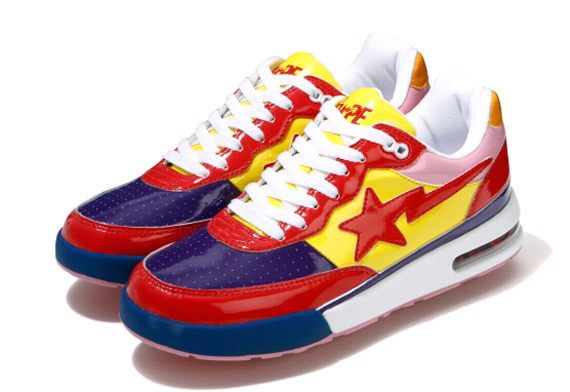 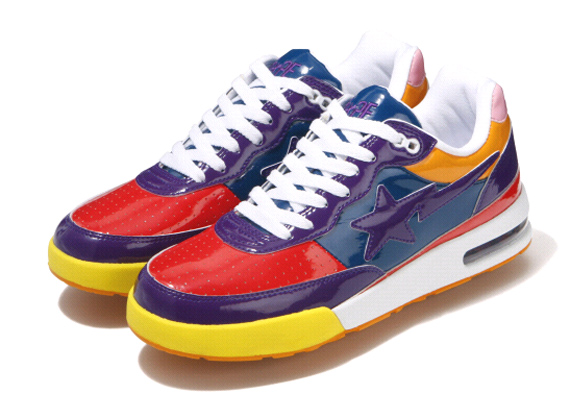 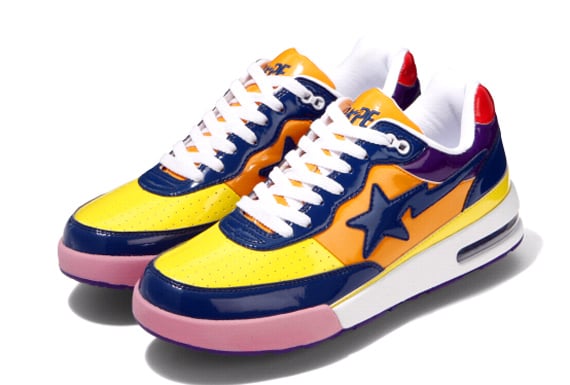 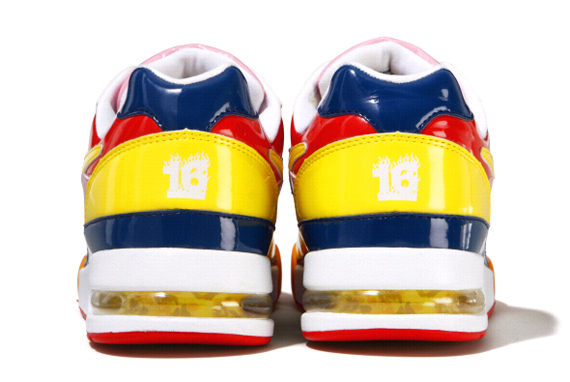