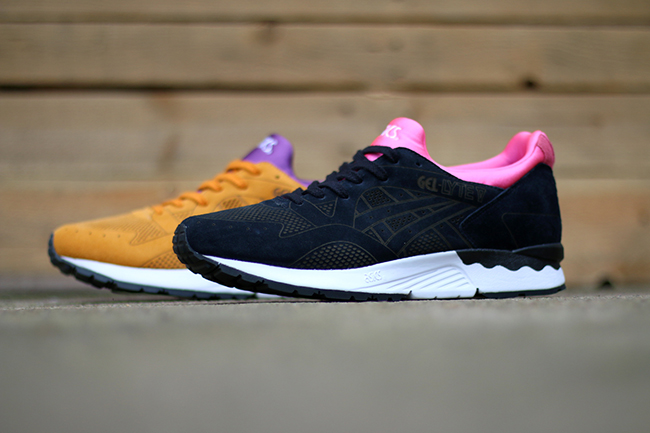 Asics has taken two pairs of the Gel Lyte V and instead of attaching mesh and various materials, they made the uppers with one piece. The end result is the Asics Gel Lyte V ‘Laser Cut’ Pack that is scheduled to release at the end of the week.

As mentioned before, the uppers feature one piece material using suede. The detailing you see which mimics the usual Gel Lyte V release is done with laser-etching. Done in black and tan with a tonal upper, the tongue and liner offsets the look using a vibrant pink and purple. The final touch is a simple yet clean white midsole.

Overseas retailers will release the ‘Laser Cut’ Asics Gel Lyte V pack like Hanon on October 16th, 2015. Retail price is £115 which comes out to be about $176 USD. 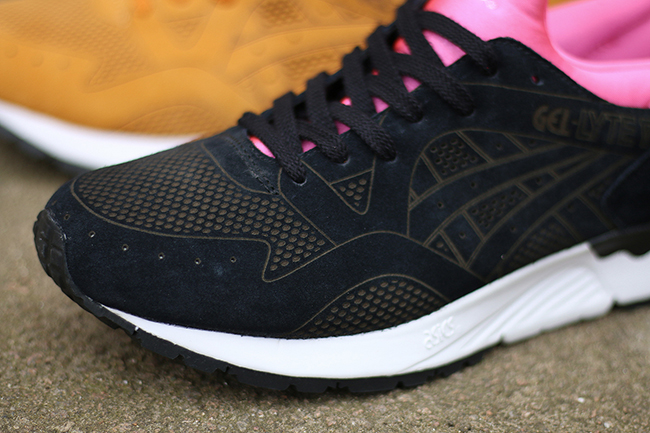 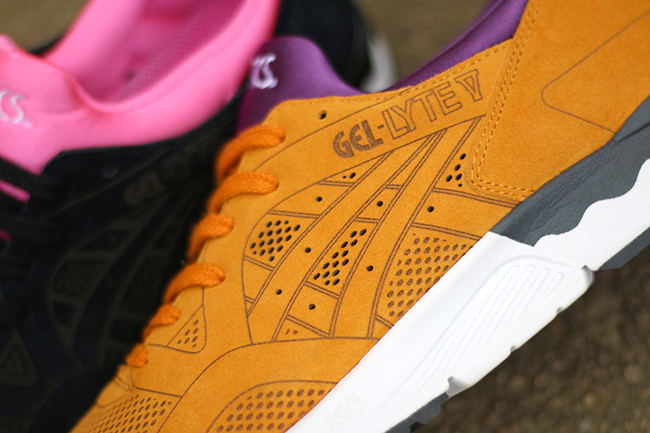 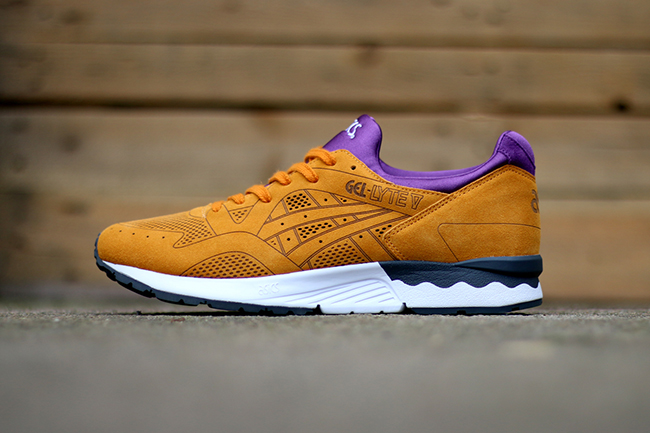 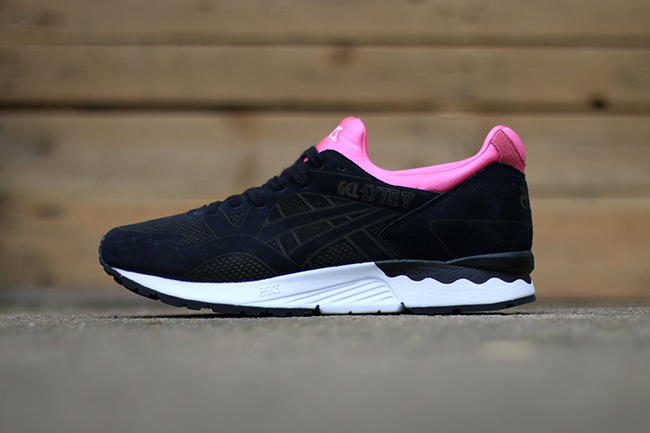