Moments ago we shared with you the Crane Asics Gel Lyte III which we also stated would be apart of a two pair pack. The second model involved will also be the GL3 and is known as the ‘Turtle’.

Once again, the Turtle Asics Gel Lyte III is inspired by the Japanese proverb “Tsuru Sen-Nen, Kame Man-Nen” in English it translates to “Crane lives for 1,000 years; Turtle lives for 10,000 years.”

Also using suede, leather and a neoprene liner, shades of olive and grey are seen throughout. Additionally, the brand has also use sunshine yellow used across the branding.

The Asics Gel Lyte III ‘Turtle’ is releasing on March 20th along with the Crane at Afew and other Asics retailers. 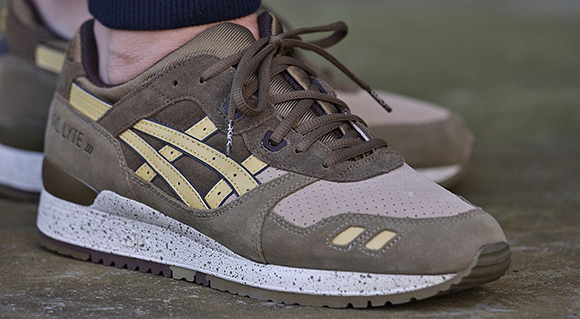 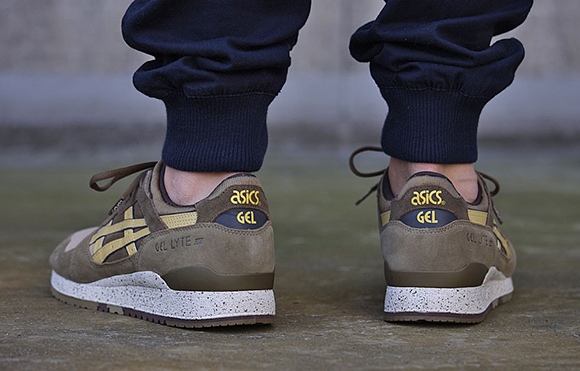