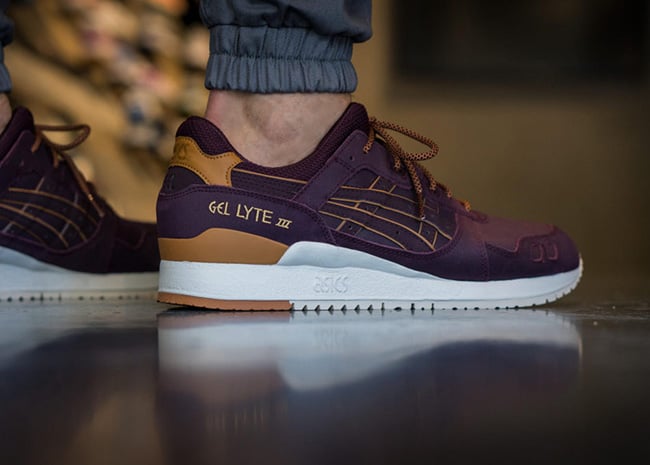 The Asics Gel Lyte III ‘Rioja Red’ now joins other models like the Gel Lyte V and Gel Kayano Trainer to feature the shade. In addition, they are now landing at select stores.

Looking closer at this Asics Gel Lyte III they feature Rioja Red through the uppers which looks like a Deep Burgundy. While rising up mesh and suede, Tan Leather is also used around the heel. Following we have two-tone laces and predominate White across the midsole. Completing the look is Tan and Cream mixing things up on the outsole.

Below you can see more images of the Asics Gel Lyte III ‘Rioja Red’ which will show how they look on feet as well as giving you a closer look. At the time of writing, they are now arriving at select retailers which includes Fuel. Retail price is set at €139.00 which comes out to be about $156 USD. Expect additional retail locations to have them soon including ones based in the states. 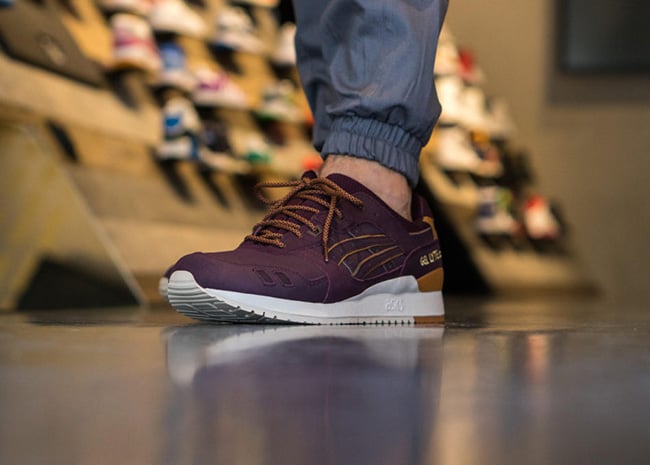 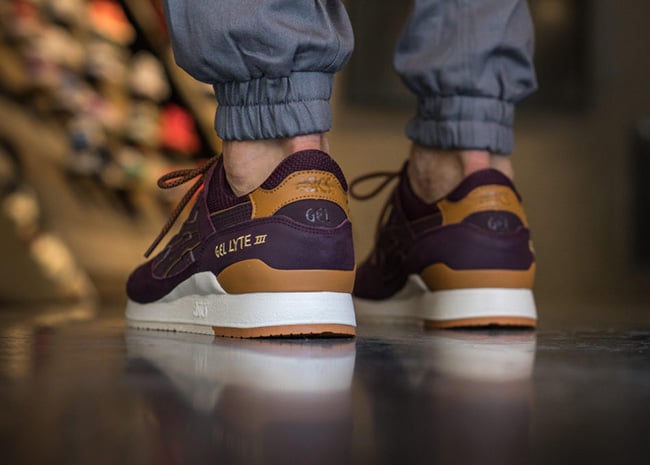 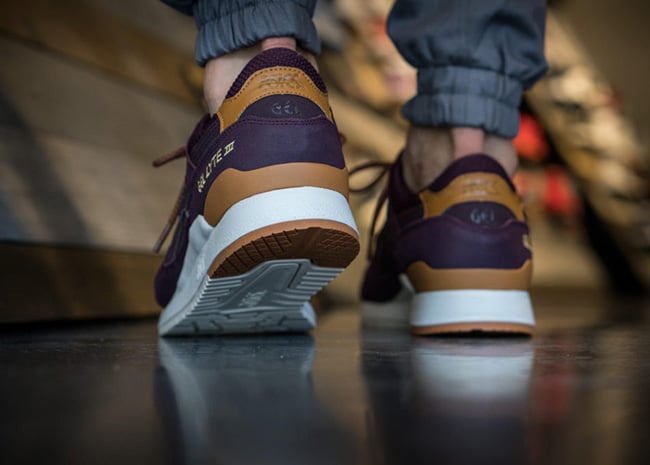 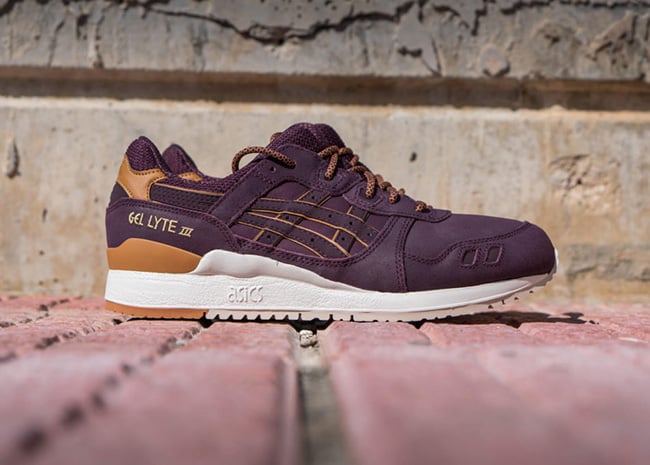 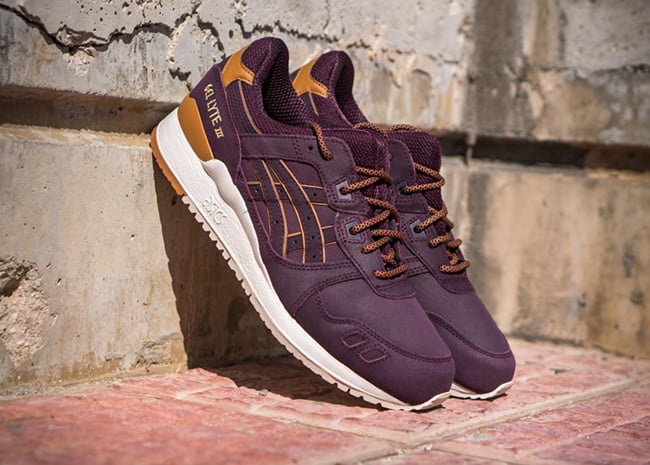 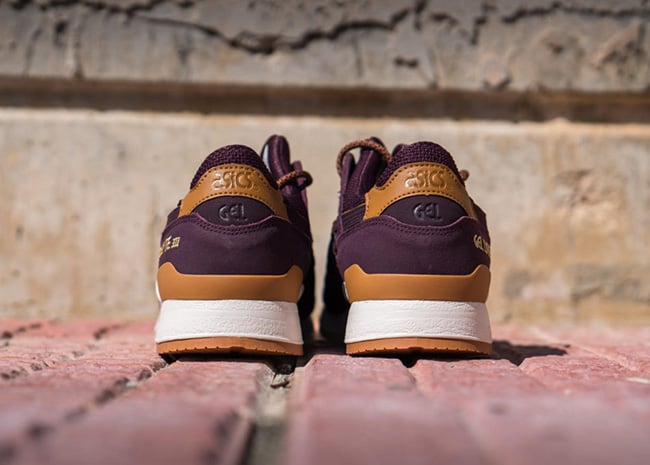