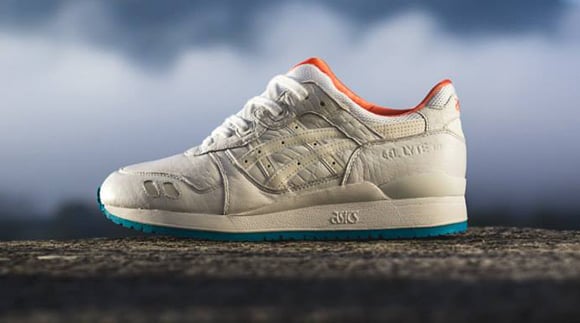 A fresh pair of Asics Gel Lyte III has somewhat gone under the radar as far as coverage goes, but it’s not to late to grab a pair. Known as the ‘Miami Vice’, they sure don’t lack quality.

The Miami Vice Asics Gel Lyte III uses an off white smooth leather upper while areas also feature what looks to be a reptilian texture. The reference here where the nickname derives from is the subtle use of teal on the outsole and orange on the liner.

You can pick up the Asics Gel lyte III ‘Miami Vice’ now at Titolo. 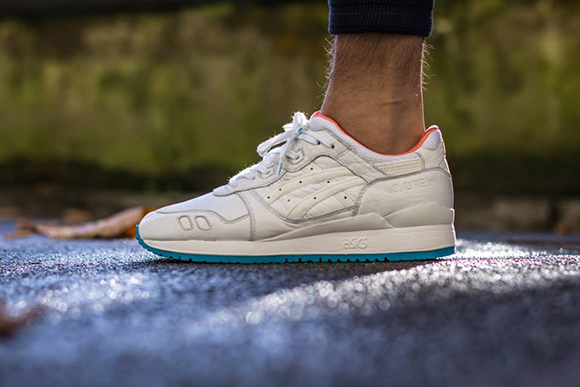 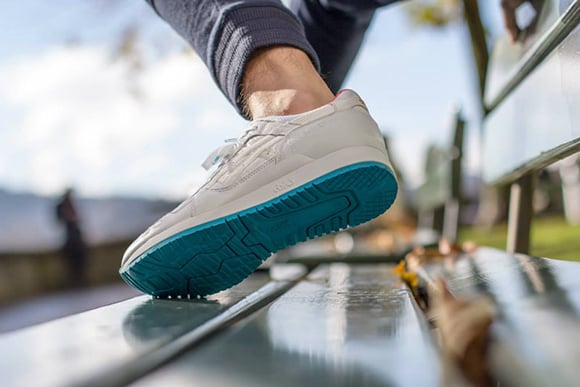