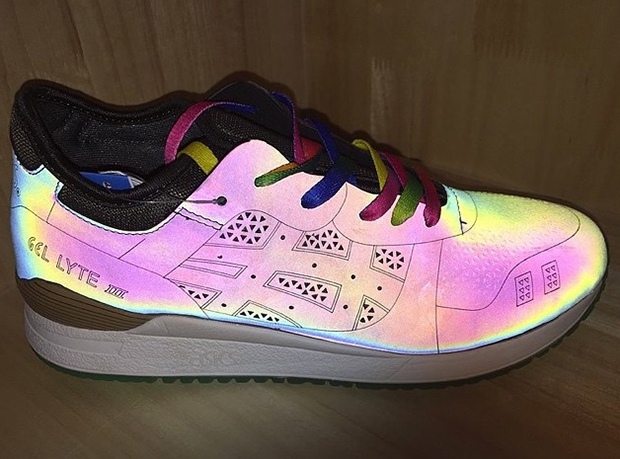 It looks like Asics will be taking a page from the other brands book. They will be launching the Asics Gel Lyte III ‘Iridescent’ in the future, a first of their kind.

Throughout the base is the use of iridescent which shows off various colors. Following up is multiple shades through the laces, but in a darker theme. Mesh is used across the collar and down the tongue in black while the midsole comes in grey.

As of now, we only have the single image of the ‘Iridescent’ Asics Gel Lyte III which is posted above. Also there isn’t a release date scheduled just yet nor a retail price. Once more images and details become available, we will make sure to update you.