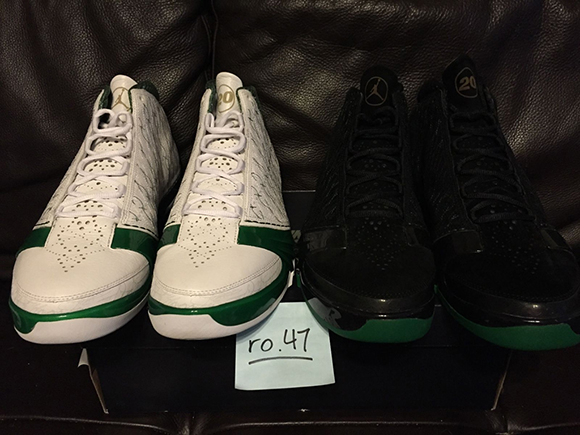 Over Ray Allen’s career he has had some amazing Air Jordan PE’s. During 2008 Jordan Brand issued Sugar Ray two pairs of Air Jordan XX3’s, a home and away pair.

As you probably already know both Air Jordan XX3 PE’s were issued during Allen’s stint with the Boston Celtics. That same year the Boston Celtics defeated the Lakers to bring home another NBA Championship. One comes with a white base and the other black with green detailing spread throughout. Allen’s jersey number ’20’ lands on the tongue.

Bother pairs of Ray Allen’s Boston Celtics Air Jordan XX3 PE’s are available on eBay in his size 14 but they will set you back $7,700. 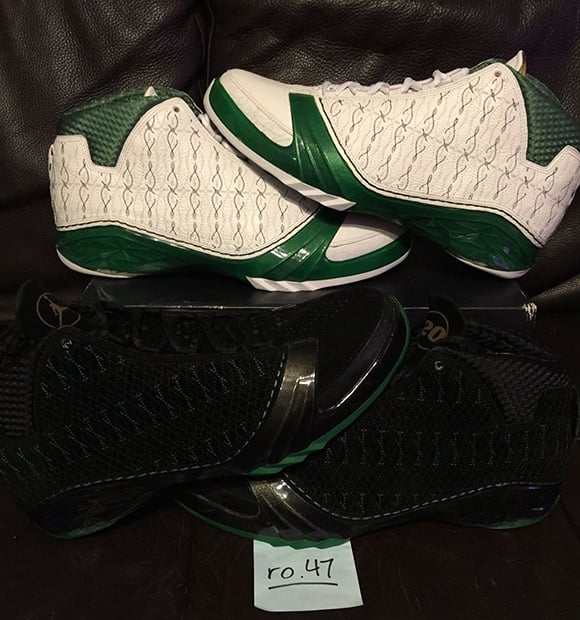 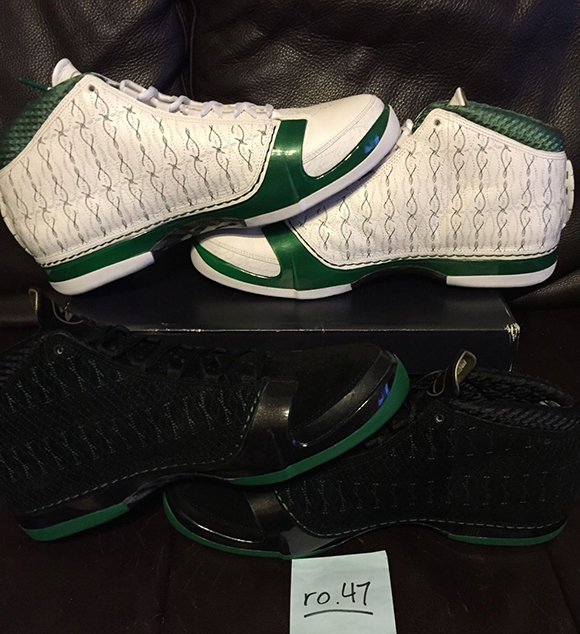 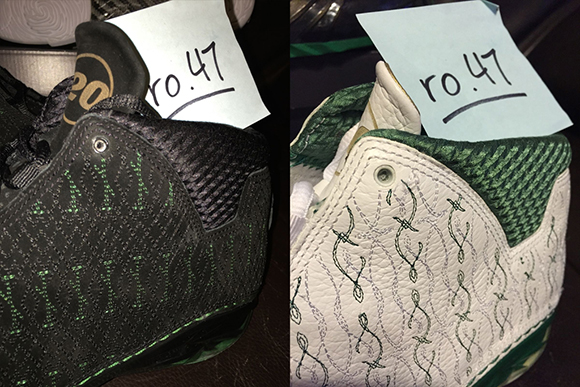