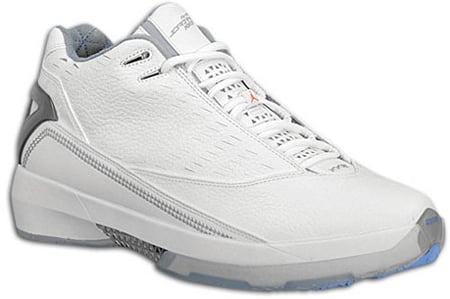 Another Air Jordan XX2 to release is the 5/8 which is pretty much a low cut model. So far, their are two color ways to release the White/Orange Blaze-University Blue which is pictured above, and the Black/Metallic Silver-Varsity Red which we were the first to debut them. No set release date is known, but according to our Air Jordan Release Dates they will release sometime in July.