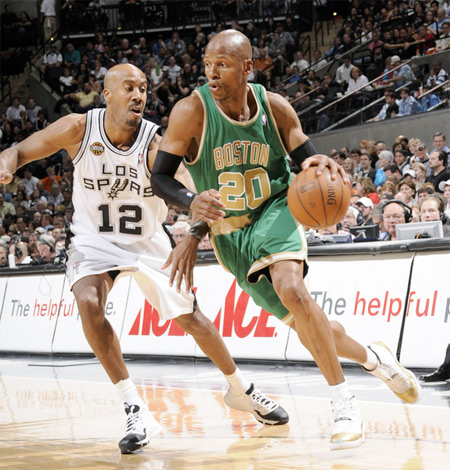 On opening night of the NBA season, Ray Allen suited up against the Cleveland Cavalier wearing a Player Exclusive Air Jordan XI (11) similar to the one seen here. Both feature a white and gold design to match the Boston Celtics jersey, but for the PE Allen wore the other night against the San Antonio Spurs, it is composed of less green than the opening night model and sports an icy sole. From the looks of it, there is no green on the Air Jordan XI and only consists of a white base with gold trim. For a closer look at Ray Allen’s Player Exclusive Air Jordan XI, check the jump. 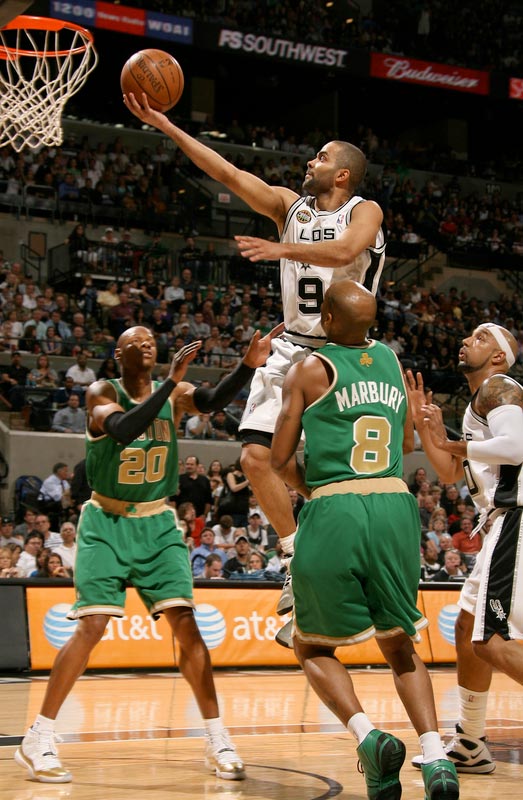 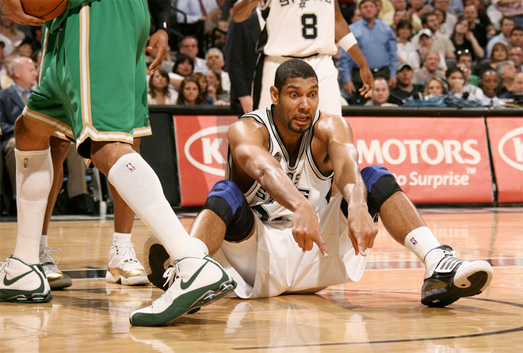