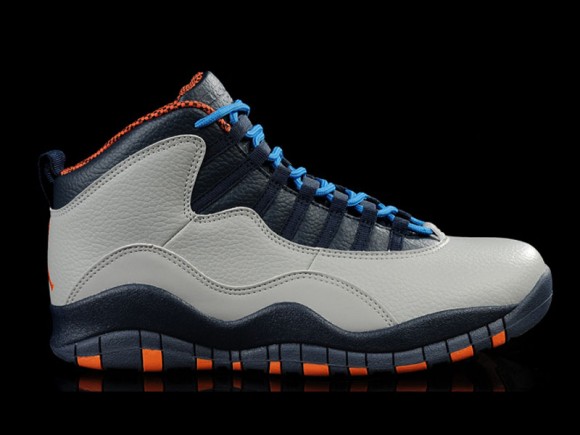 After originally previewing the 2014 Jordan brand lineup back in October, we now begin seeing release dates for some of this next year’s most exciting kicks. This Air Jordan X (10) is named “Bobcats” for Charlotte’s NBA squad which is already changing their name back to the original “Hornets,” either way the color way on these is extremely dope. Wolf Grey leather takes on most of the upper while a dark blue covers the lacing section including the eyelets, the midsole and parts of the outsole. The other half of the outsole is a light orange, almost peach color with “Atomic Orange” that is on the stripped outsole as well as the braided inner lining. A pair of bright blue laces cap off these Jay’s that are dropping on January 11th for $170(US) at Jordan retailers such as Foot Locker

Have the Air Jordan X (10) “Bobcats” made your 2014 wish list already? Let us know in the comments section below and stay tuned to Sneakerfiles for release dates and much more!