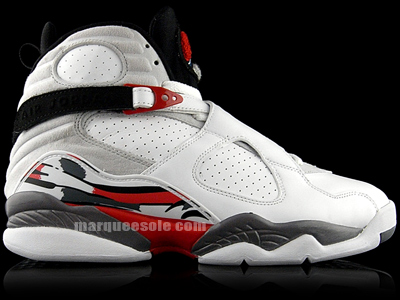 Yet another Air Jordan Countdown Pack is scheduled to be released later this year. The November 2008 release marks the 10 package which will consist of the Air Jordan VIII (8) and Air Jordan XV (15).

The Air Jordan VIII will consist of a simple white, black and true red color-way. It will be great to see the re-release of this classic Air Jordan VIII since it has been over 5 years since its first retro was sold in stores. Release is set for November, but Marquee Sole has a few select sizes. 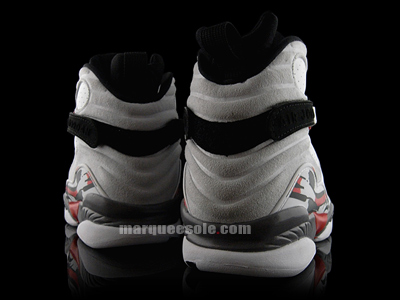