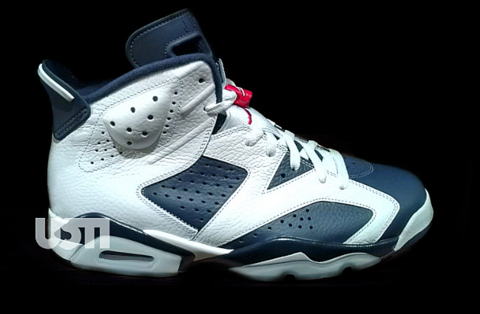 Returning this Summer for the first time since Ray Allen rocked them at the 200 Summer Olympic Games is the Air Jordan VI “Olympic”.

Sporting the familiar red, white and blue colorway, this patriotic Jordan is nearly identical to the original release with minor changes to the midsole.