Confirmed for a February 2012 release is the Air Jordan Spizike “Bordeaux”. After showing only a preview image of the Spiz’ike earlier this year, today we take a closer look at the hybrid model.

As the Air Jordan Spiz’ike quickly became a favorite amongst many since its original launch back in 2006, fans of the shoe can now enjoy the light graphite upper, maize, bordeaux and sapphire colorway which looks identical to the Air Jordan VII (7) “Bordeaux”.

What are your thoughts on the “Bordeaux” inspired Spiz’ike? Leave a comment below and be sure to stay with SneakerFiles for more updates and detailed images in the coming weeks as Jordan Brand 2012 looks to be heating up fast! 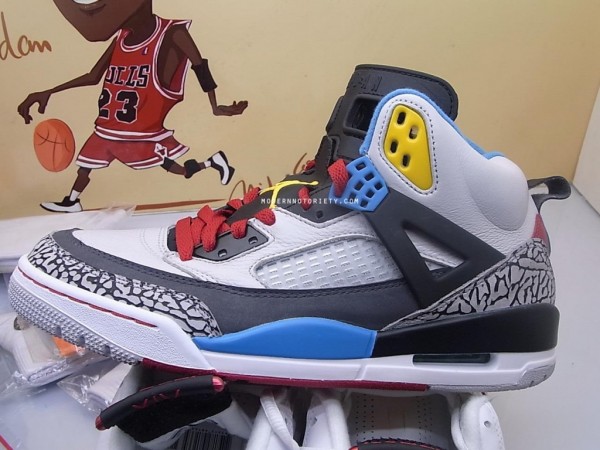