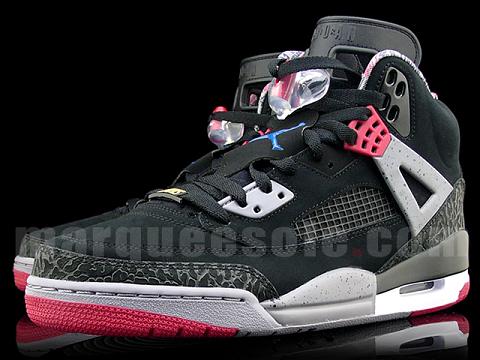 Although we’ve seen a select number of pairs of the Air Jordan Spizike pop up in select retailers in 2009, most notably the winterized boot versions, 2010 seems like it’ll be a bigger year for the Spizike silhouette. With previews of a “grape” colorway and of a patent leather pair, team Jordan Brand does not seem to be finished there. Originally just a sample, there are now pictures of what the final “Black Cement” Spizike product looks like. The spizike pictured here provides an alternative to the white cement Spizike that released a few years ago by coming in a predominantly black upper, while cement print can be found on the midsole, wings, heel, and lining of the toe box. Finally, there is a pattern lining the inside of the shoes with a bunch of words, including one that describes a move his airness seemed particularly fond of doing on the court: “dunk.” Where does this pair stand with respect to the slew of other Air Jordan Spizikes previewed as part of team Jordan Brand’s plans for 2010? 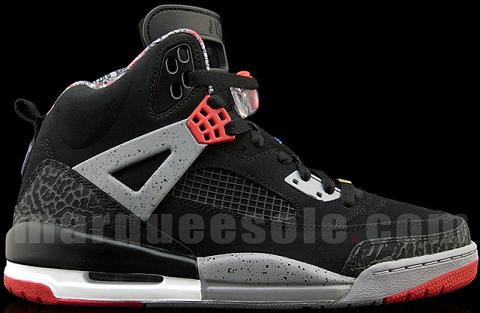 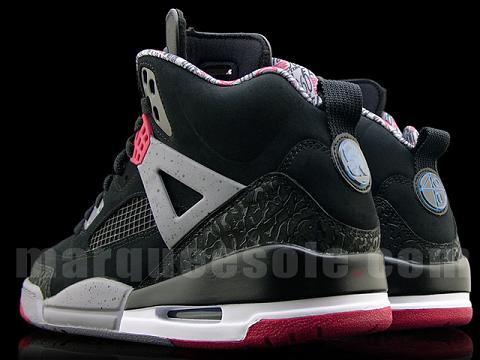 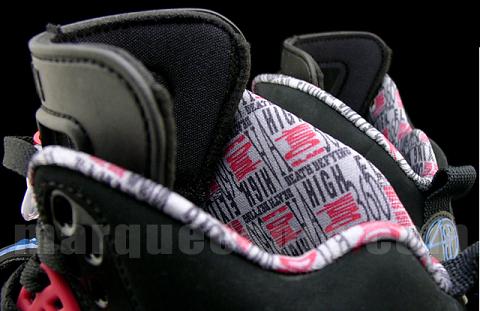