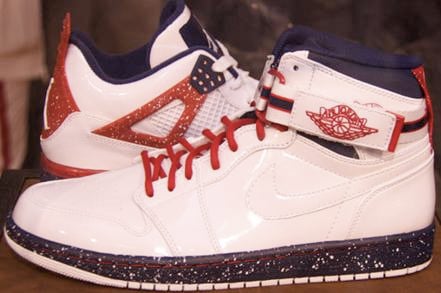 The House of Hoops phenomenon is hitting not only statewide, but also worldwide. Recently, we brought you word that yet another stateside House of Hoops location was opening up- this time in Houston, Texas. Nike, of course, had a couple of goodies prepared for this event- among which was a pair of Nike Houston Hyperize’s. But, it appears as though the surprises did not end there. During the opening, a pair of Air Jordan I High’s and Air Jordan Fusion IV’s in a white patent leather-red/navy blue colorway were on display. Furthermore, the pairs of shoes also boasted speckled blue midsoles- for added flavor. These have been seen only during the Houston’s House of Hoops’ opening, with no word yet- either positive or negative- on a general release. If any information comes up, rest assured we’ll deliver it to you. For now, enjoy the pix after the jump. 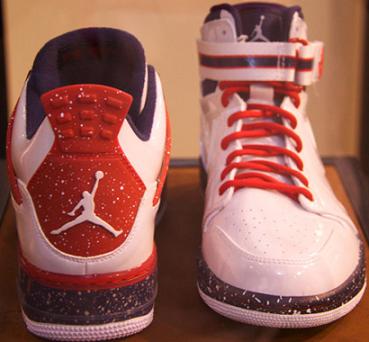 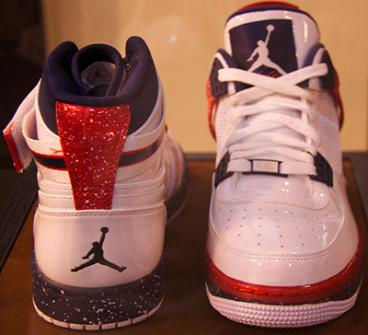 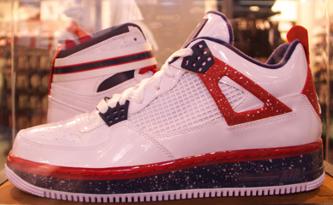