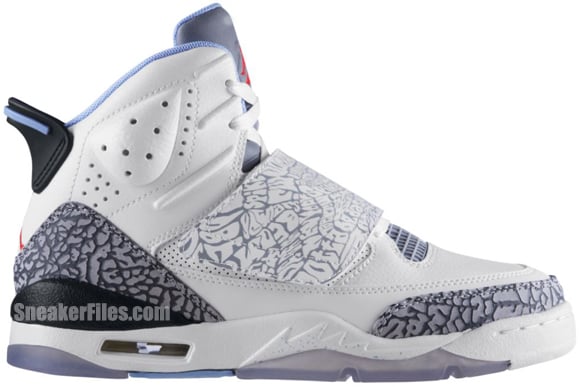 After a few releases of the Air Jordan Son of Mars, it looks like Jordan Brand is set to release an exclusive for girls.

Here we have the girls Air Jordan Son of Mars in White/Prism Blue-Wolf Grey-Black. As you can see, the uppers use a predominate white, translucent outsole and sole, prism blue splatter places on the midsole and other accents of the shoe.