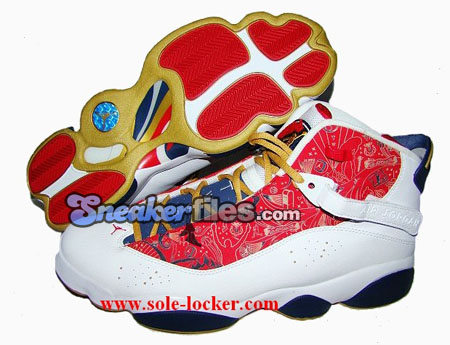 An assortment of Air Jordan Six Rings models have previewed over the past few weeks and also includes the release of original Air Jordan XI make-ups. The latest Six Rings is featured in white upper paired with a red panel that consists of gold accents consisting of several icons associated with Michael Jordan including the words “MVP” the year ’93 and other basketball related designs.

Furthermore, a navy blue is also applied to the Six Rings appearing on the sole, lace area and heel tab. This color combination is reminiscent of the Olympic style, but with the event passing, there could be a different story behind the sneakers. Via Sole-Locker. 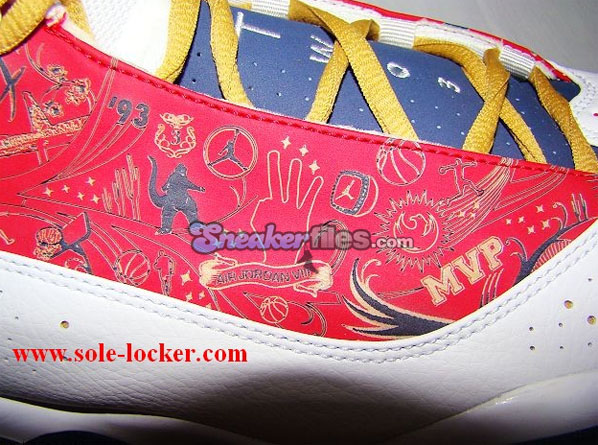