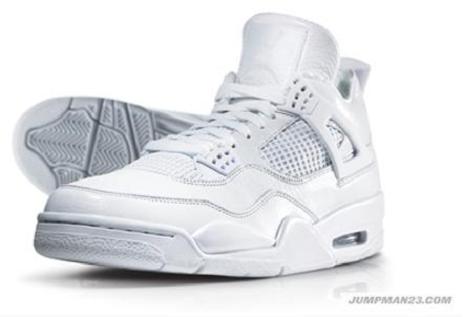 After showing you parts one, two, three, and four of the Air Jordan Silver Anniversary Collection, there is still one more set of five Air Jordans to give you a closer look at in the white-on-white colorway. But before we do that, we’d like to inform you of something else. Now that we’ve shown you the Air Jordan 4 Silver Anniversary pair, we’d like to let our readers and fans know that this pair is particularly important to this collection. Air Jordan’s Silver Anniversary Collection pays homage to what will soon be 25 years since the first Air Jordan released, and to 25 years of pure sneaker greatness. To that extent, the Air Jordan 4 pictured here will be one of AT LEAST two pairs (previewed already) slated to make an actual release at some point in the future. To find out what the other pair is, simply check-in with us after the jump, where we also challenge you to give us only ONE more signature Air Jordan silhouette you would like to see release in this colorway if you had a choice. 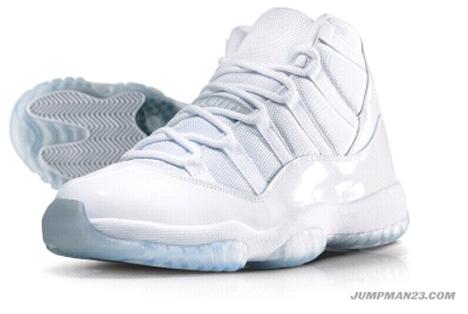