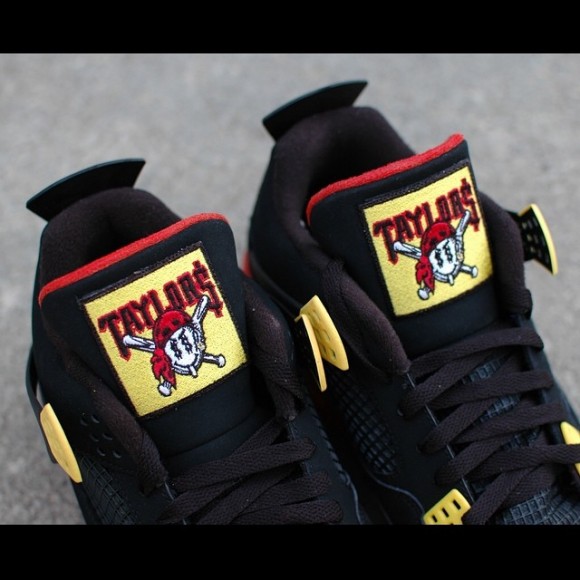 Coming straight out of Pittsburgh, the city of orgin for the Taylor Gang movement, led by none other than Wiz Khalifa, is a fellow Pittsburgh resident, Hippie Neal, whose created some sick customs attributed to Taylor Gang! The Air Jordan Retro 4 ‘Taylor Gang’ are mostly black, with accents of red and yellow. The midsole bears a lot of the red incorporated with these shoes, with further usage appearing on the tongue lining and rear Jumpman logo. Yellow makes its contribution with the lacing hardware, and the customized tongue tags, that read “TAYLOR$,” created by the one and only Herb Juice. Get a full, well-rounded peek at the sneakers down below! 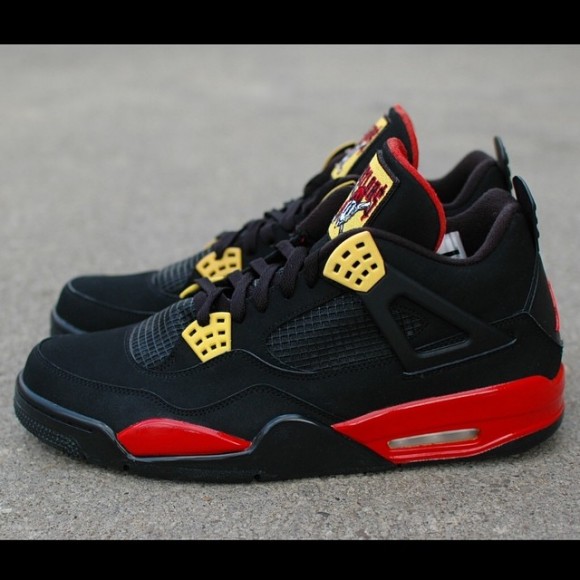 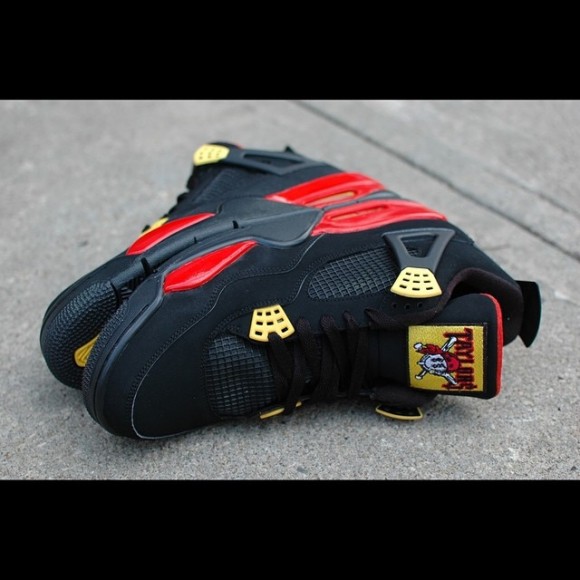 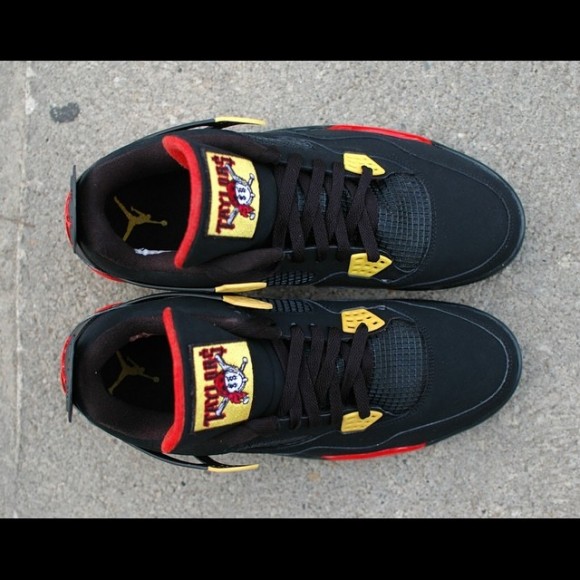