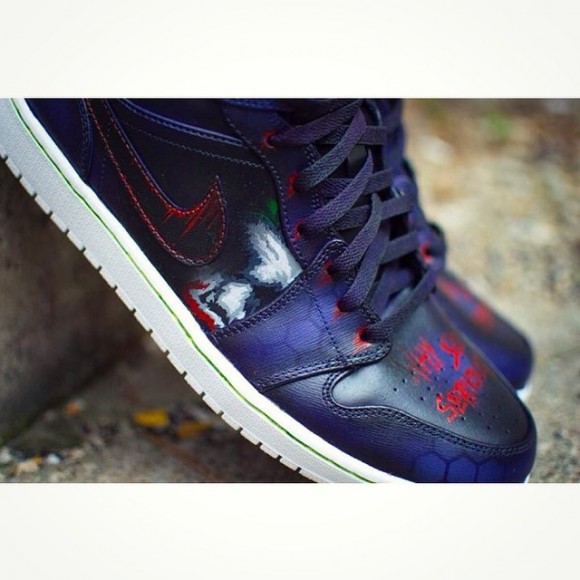 If you’re a comic nerd, you’ve probably been going ham over the leaked photos of some the upcoming Marvel and DC Comics films (or maybe you’re a little pissed). Either way, photos of Ben Affleck taking on the role of Batman have found their way online, and sneaker freaker superstar, DeJesus Customs, pulls inspiration from two of the franchise’s most notorious villains; Harley Quinn and The Joker. The Harley Quinn and Joker inspired customs arrive in the form of Air Jordan Retro 1‘s, arguably the most famous Jordan model. The Joker themed kicks don a mostly purple tone, with a hexagon geometric print wrapping around the shoes in black. Accents of red appear on the stitching and toe caps. Harley Quinn’s edition of the AJ1 make their appearance in a bold red that matches her skintight bodysuit. Black shadows sweep throughout the entire pair of shoes, similar to their Joker counterparts. Both pairs of customs feature small scale portraits of the villains on the midfoot panels, near the outside Nike Swoosh, along with custom tongue tags that have the faces of the Joker and harley printed on them. Checkout some pics we got from DeJesus’ IG account of the customs below! 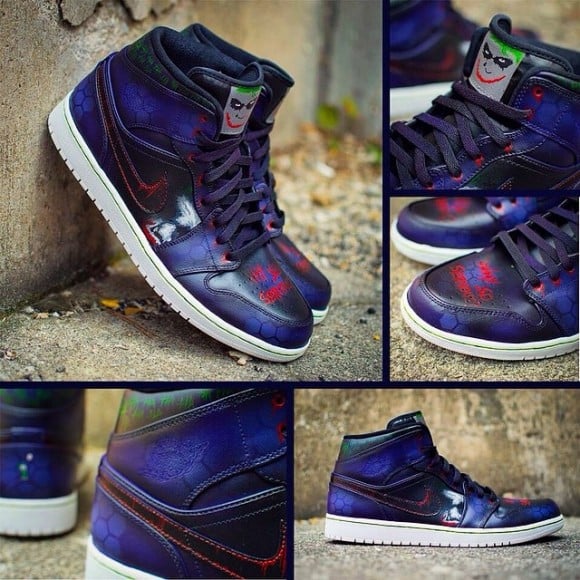