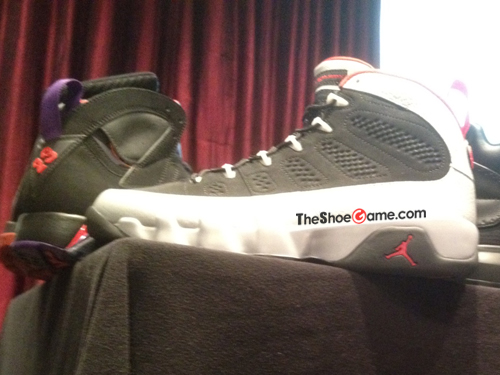 Previously seen alongside a number of other Jordan Brand retro drops slated for a Holiday 2012 release, we now have our first good look at the upcoming “Johnny Kilroy” Air Jordan IX.

Never before released, the Black/Metallic Platinum-Gym Red colorway pays homage to MJ’s fictional Johnny Kilroy character that appeared in Nike marketing campaigns around the time of his first retirement.

Featuring Johnny Kilroy’s jersey #4 on the heel in place of the usual #23, stay tuned for more info and looks leading up to the October release date.