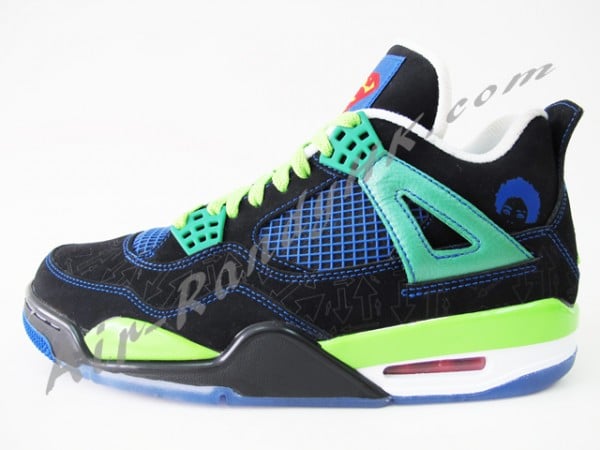 It was confirmed back in June that the Air Jordan IV would be a part of the Doernbecher offering this year. Now, we get our first look at the kicks.

These Jordans sport a crazy black/royal blue/teal/neon green colorway with a black suede upper.  The upper is also home to an all-over arrow print, blue mesh, and blue contrast stitching with hits of teal on the wings and neon green on the laces and midsole.  As if that weren’t crazy enough, the Superman logo makes an appearance on the tongue and the kicks are finished off with an icy outsole.

An exact release date is unknown, but the Doernbecher Air Jordan IV will drop around December, just in time for the holidays. 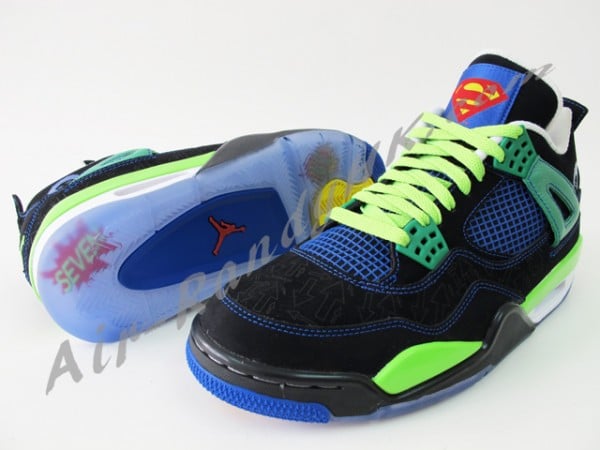 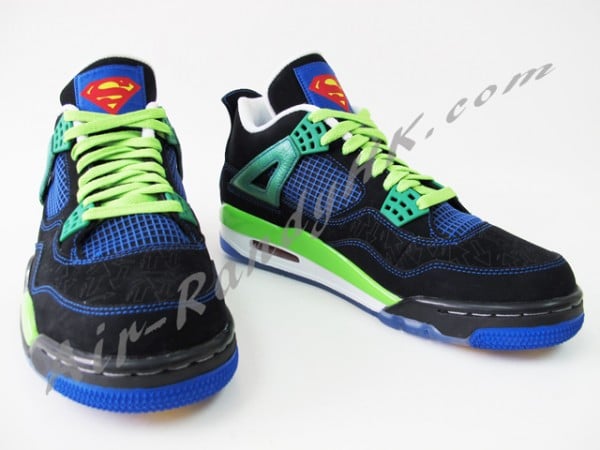 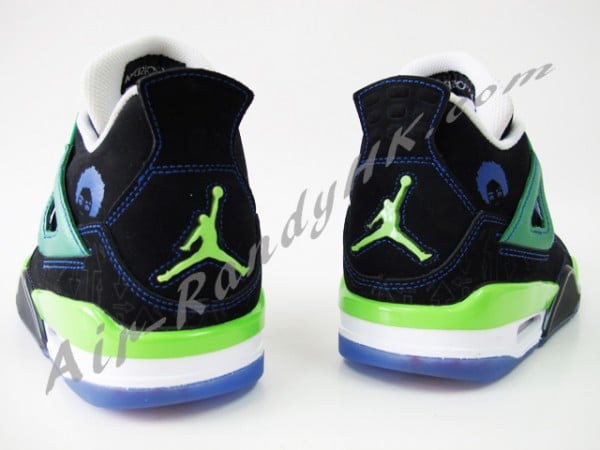 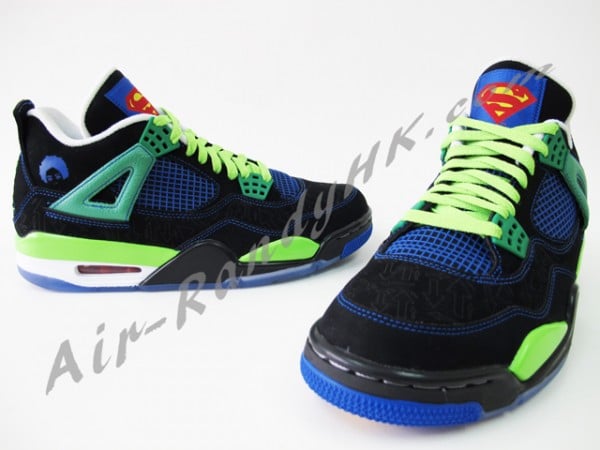 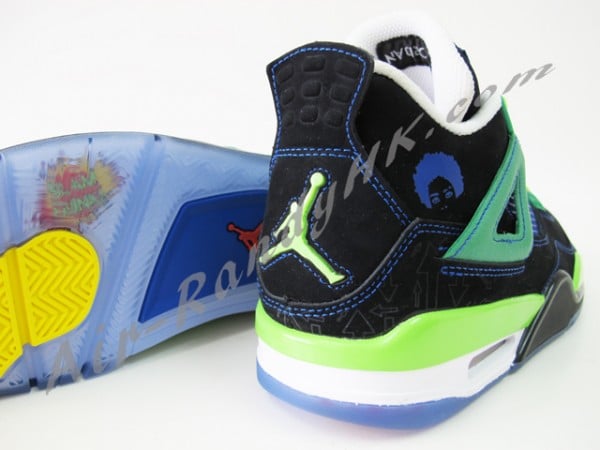 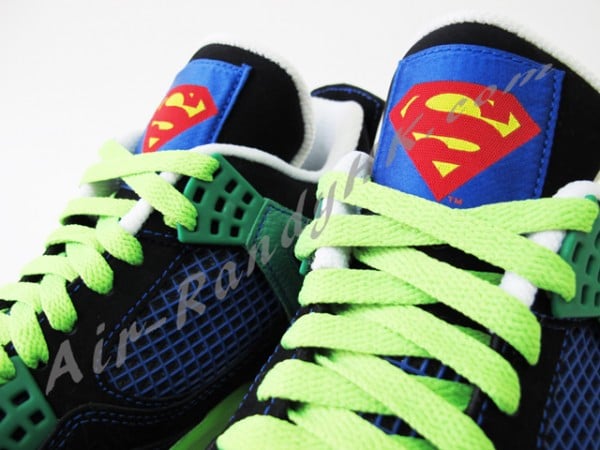 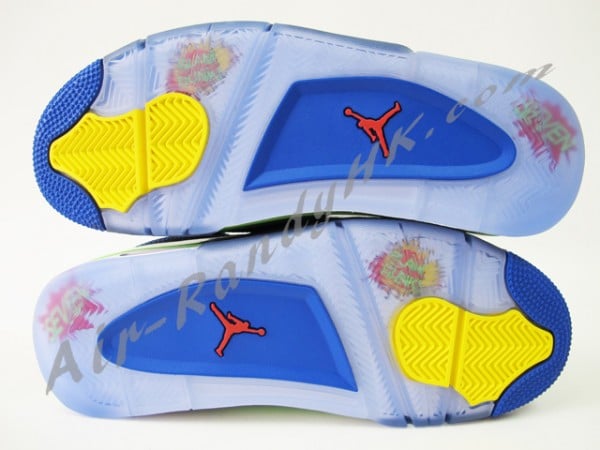 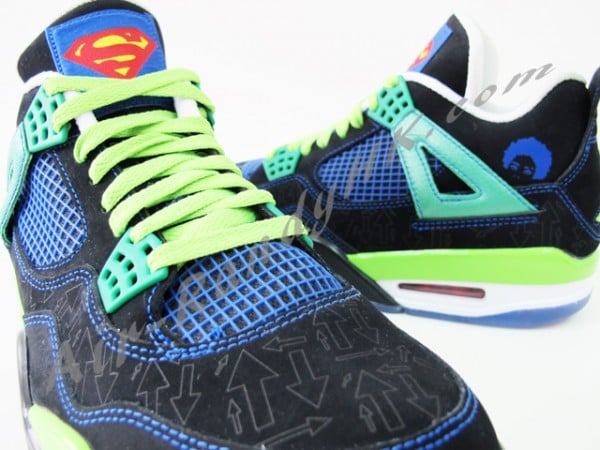 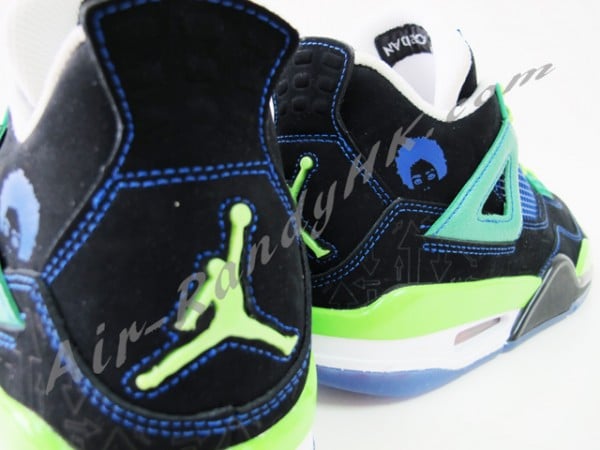 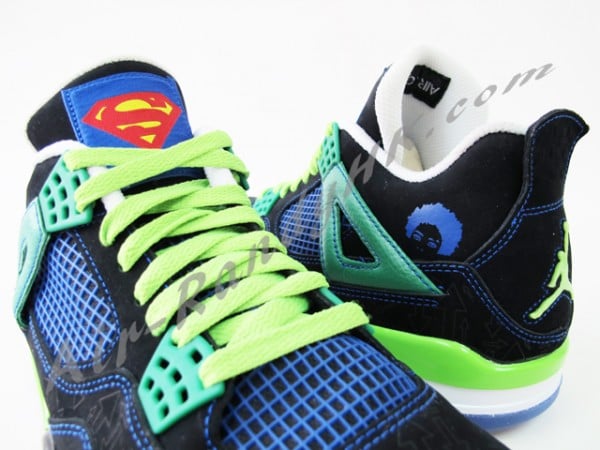 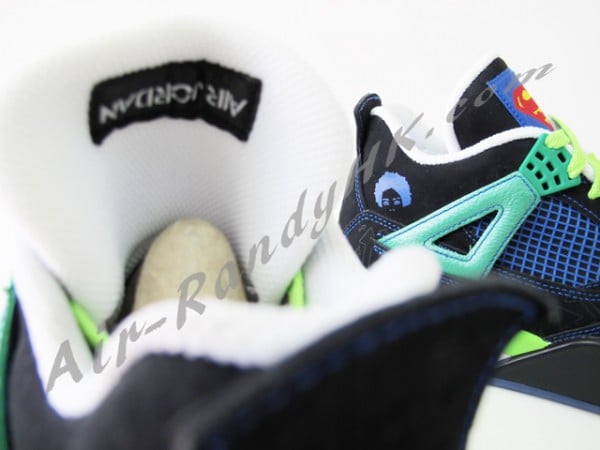