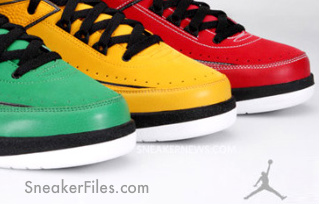 This year seems to be the year of the Air Jordan IIs, with the 25th Anniversary AJ II, the OG White/Black/Red AJ II and the recently released University Blue AJ II. Now it looks like three more pairs of the Air jordan IIs will drop in October of this year. The up coming AJ IIs is dubbed the ‘Candy’ pack because of their bright color scheme, which comes in a Green, a Yellow and a Red colorway. All of the shoes have the same color-blocking and features a mix of a nubuck and a snake skin leather on the upper like most Air Jordan IIs, with a black mid-sole and white outer-sole. The Air Jordan II ‘Candy’ pack isnt schedule to release until October 30th, so till then stick with Sneakerfiles for the lastest updates on this pack. 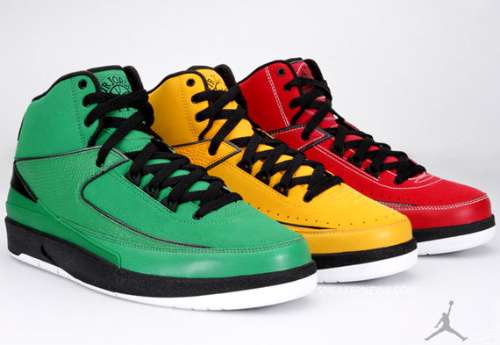