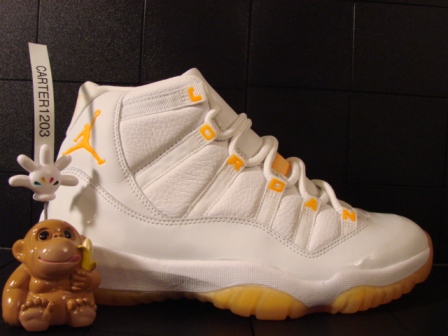 The Air Jordan XI (11) is the shoe which Michael Jordan could not wait to wear in the 1995 NBA Playoffs. It was the Concord Jordan XI sneakers which Boyz 2 Men wore with Tuxedos to the 1996 Grammy awards. It was the Jordan XI / XII pack which was rushed to have an early release date to please holiday shoppers. And now… we see an unreleased sample Jordan XI (11) Mid in a Citrus colorway. This sample pair was produced over six-years-ago! Aside from the colorway not being released, this pair has a plastic Jumpman on the upper, and the word Jordan is spelled out (in plastic) down the lacelets of the sneakers!

The Air Jordan 11 Mid is one of a few sneakers that have not been over-saturated with colorways (the low tops are another story). Instead, Nike and Jordan Brand has used a patent leather mid-sole and a partial carbon fiber sole to create hybrids or micro-brands, such as the Jordan Six Rings and Nike Zoom Phenom. 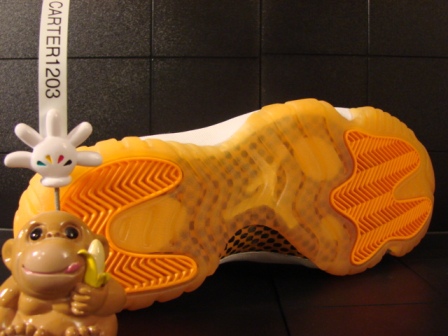 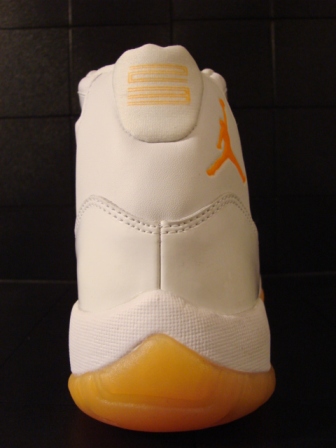 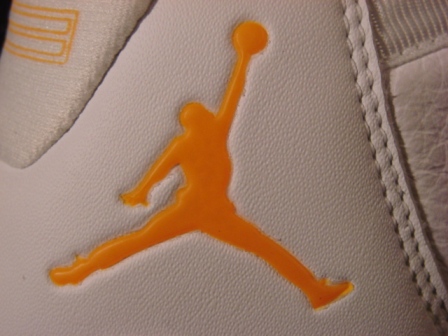