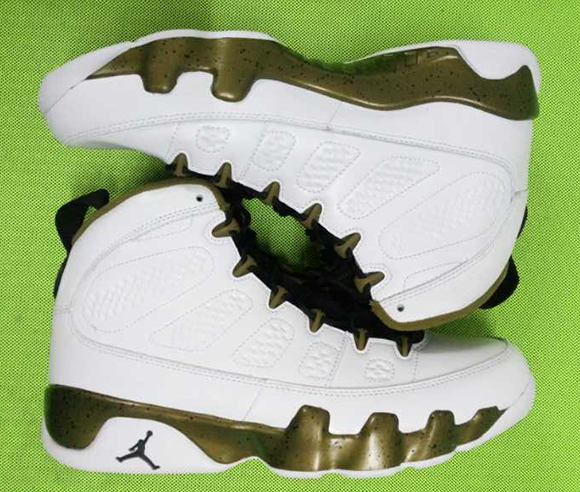 Late last night we were alerted about more images of the Militia Green Air Jordan 9 which would drop this Summer. Checking our inbox like we normally do, one of our readers who always comes through with images sent us a new set, which gives us another look.

We believe the Air Jordan 9 Militia Green will be a general release, which is a good thing because a lot of people want to obtain them. Using white on the uppers, the shade of green is applied to the midsole as well as the eyelets.

You can expect the Air Jordan 9 Militia Green retro to drop sometime in August 2015 with a price tag of $190. 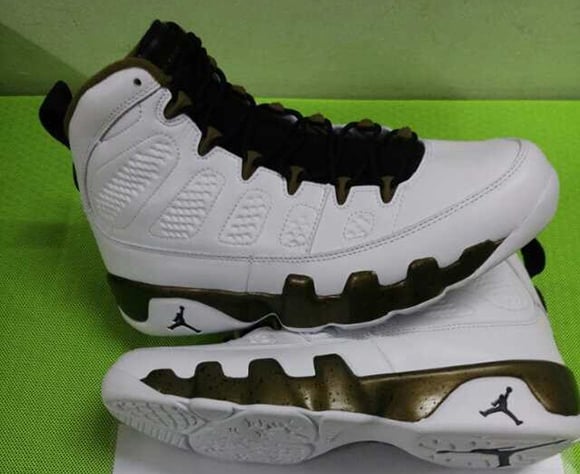 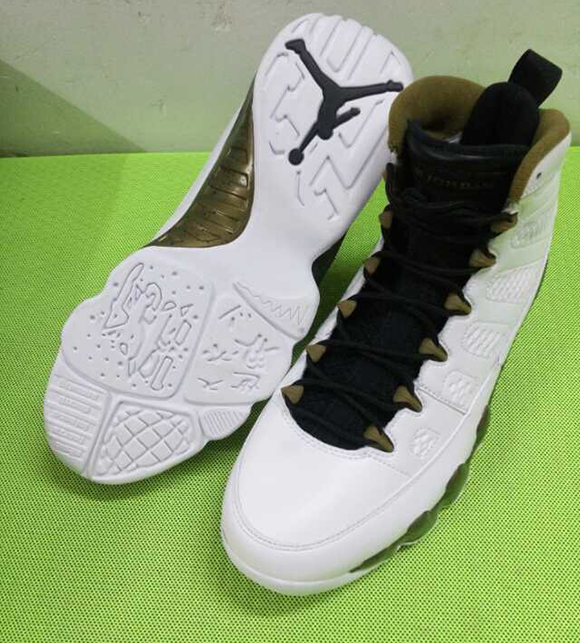 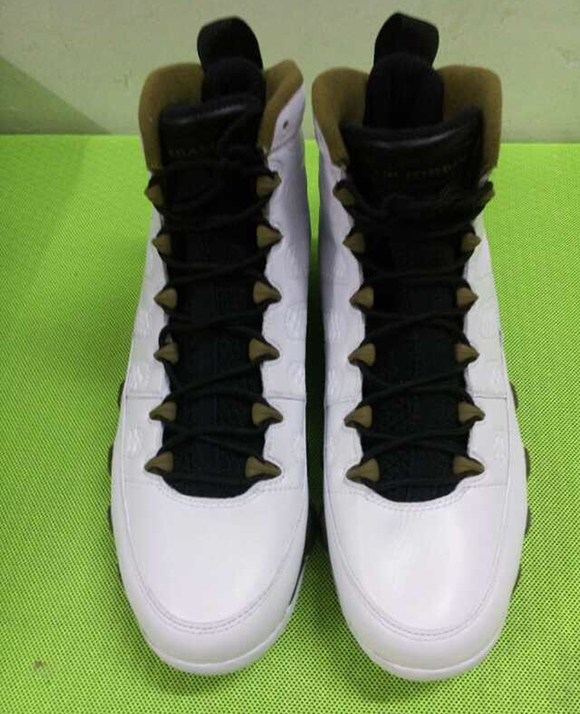 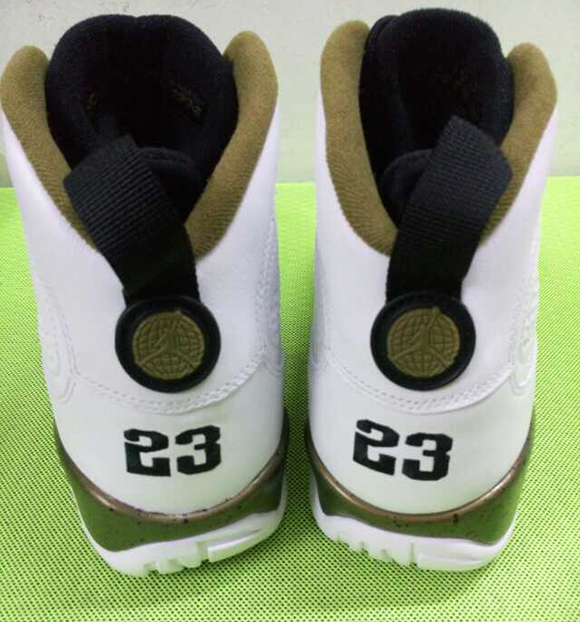 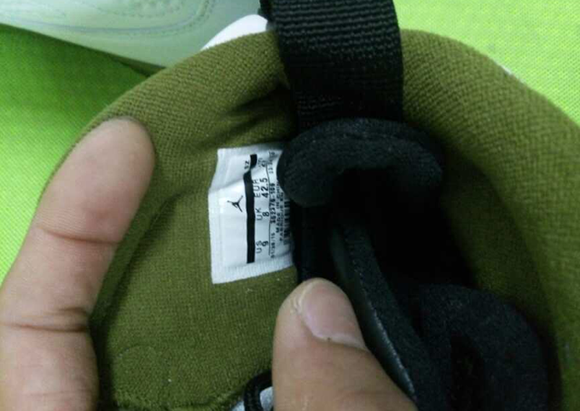