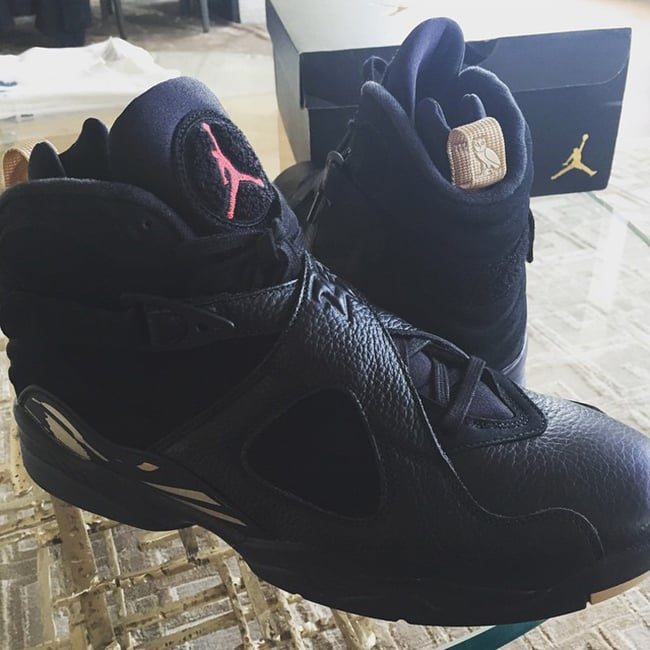 Jordan Brand and Drake are coming together to release the Air Jordan 8 OVO. The brand is rumored expected to release them later this year in limited quantities.

As of now there isn’t any images of Drake’s Air Jordan 8, however according to DJ Folk on Twitter, the shoe will appear at Drake’s OVO Fest in Toronto this weekend, which means Sunday is the latest we will get our first look.

We have also heard that there will be two versions, a white and black based pair just like his 10s and 12s. Both will include the OVO owl on the heel and insole.

Reports are saying that both pairs of Drake’s Air Jordan 8 will be a friends and family release. However we have seen that happen in the past, so again it is possible in the future for more pairs to show up. Once we receive images of the shoes, we will make sure to let you know. What are your thoughts of the potential widespread release of the Air Jordan 8 OVO?

Update 5: After seeing the shoes on feet of Drake, he took to Instagram and finally shared a few images of both the white and black Air Jordan 8 OVO. The white is known as the ‘6ix Years’, which is on the inside of the strap. The black model comes with tumbled leather throughout. The heel tab is done in gold with the OVO owl. 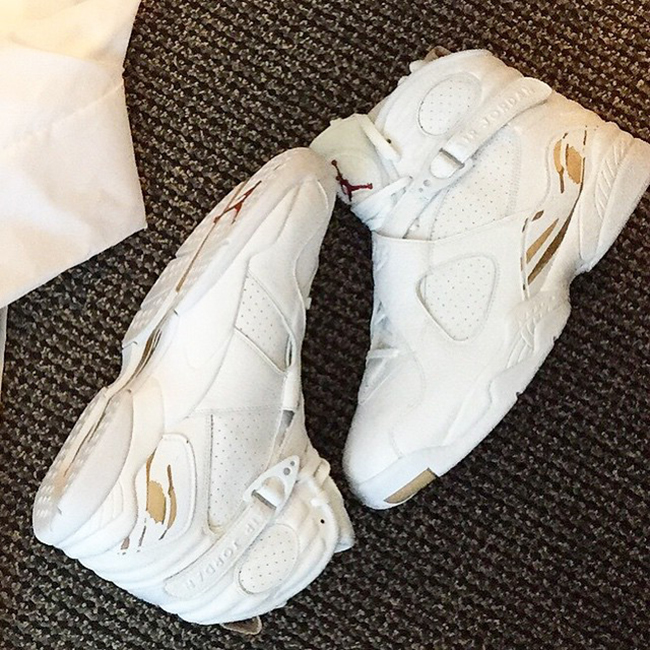 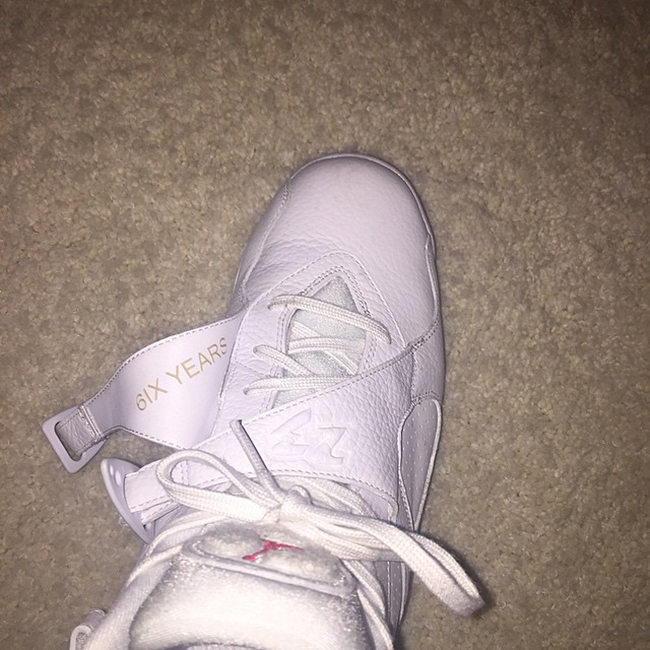 Update 4: New images have surfaced of the Air Jordan 8 ‘OVO’ giving us a better look at each pair. 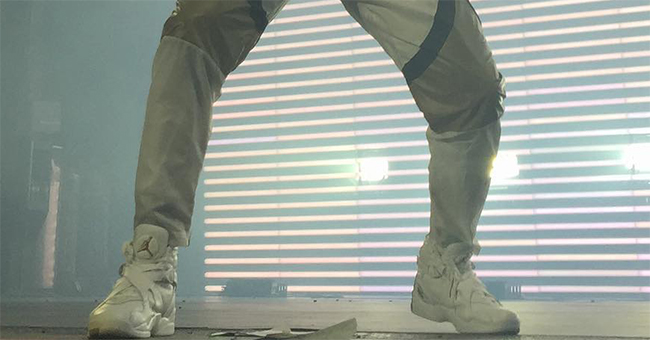 Update 3: Drake took stage at the OVO Fest in not only the black based OVO Air Jordan 8, but the anticipated white version. You can see both pairs below, although it’s not the best image of the kicks it does give us some visuals.

Update 2: Another image has surfaced today which gives us a better look at the OVO Air Jordan 8 from jason_donnar_03.

Update: Going by atothebed on Twitter, they have captured a short video giving us our first look at the Air Jordan 8 ‘OVO’ worn by Drake. The video isn’t of great quality when it comes to showing what he is wearing, but they use all black uppers and it looks like the OVO owl by the heel is in gold. Make sure to check back for a better look. 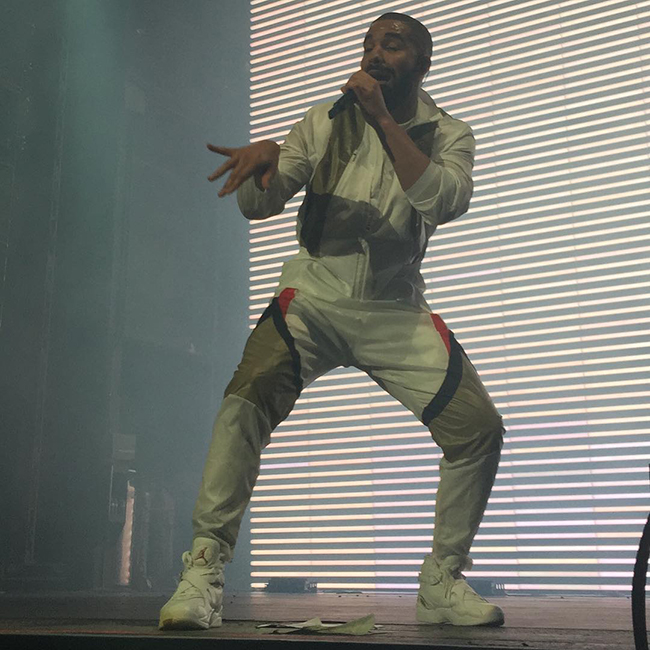 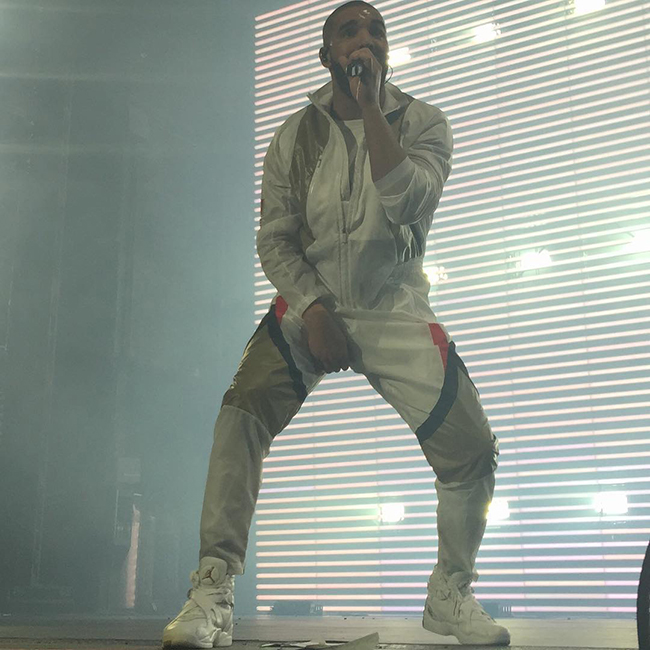 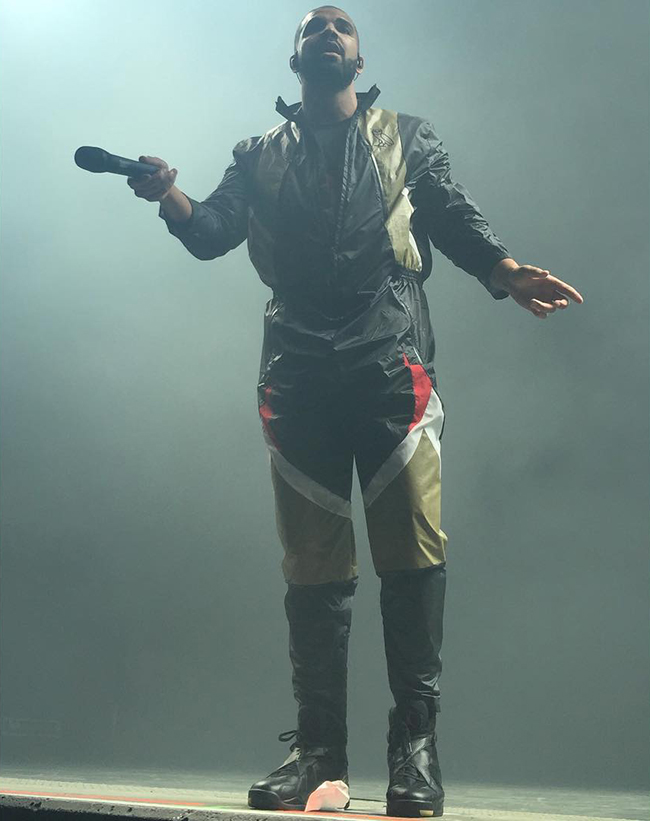 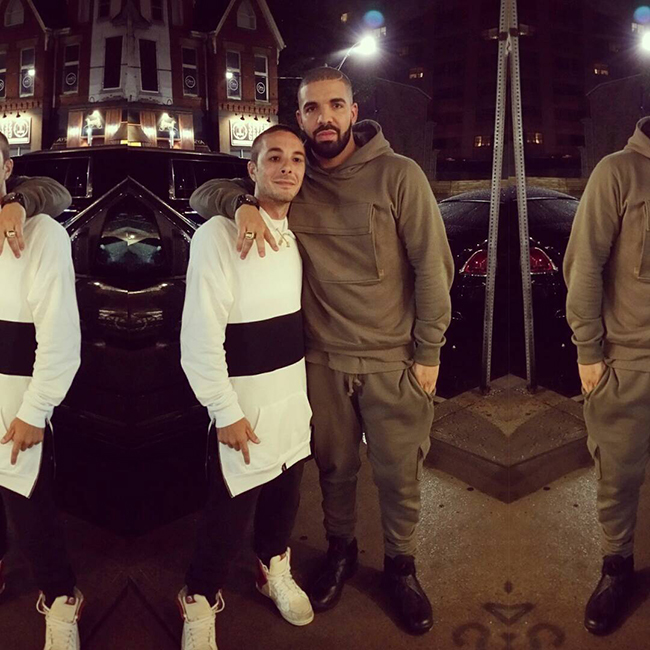 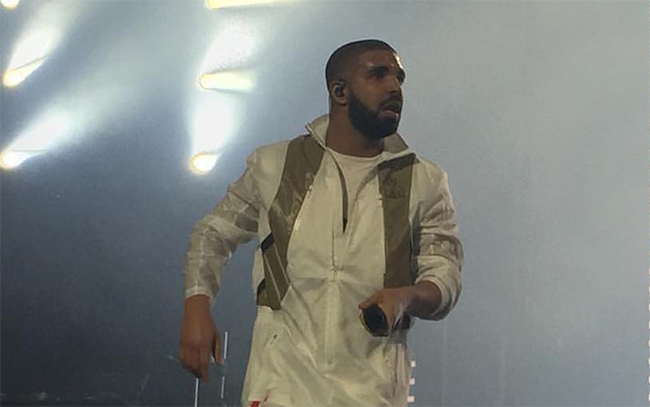 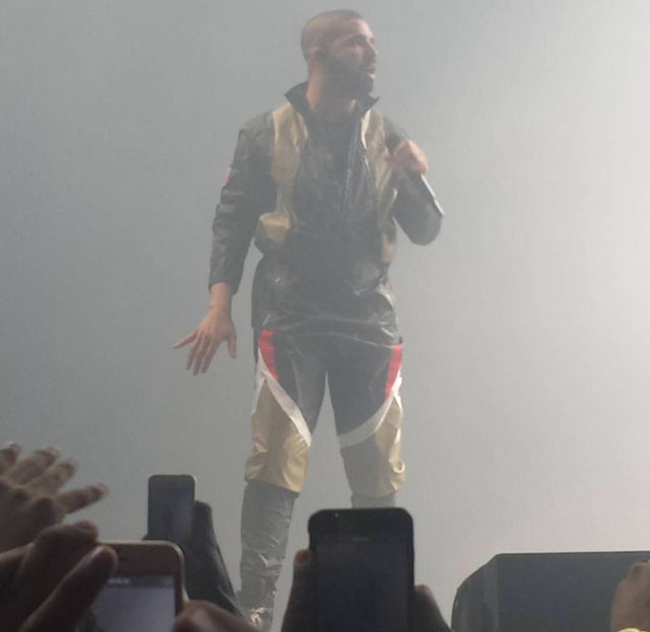 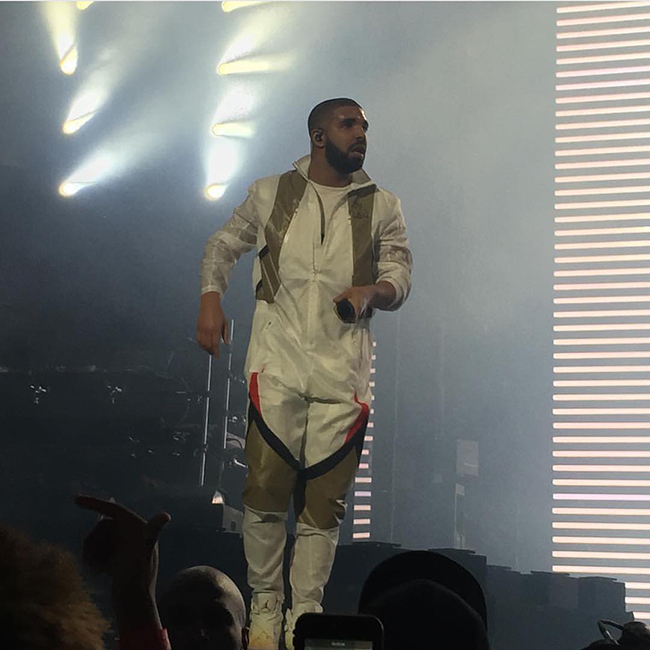 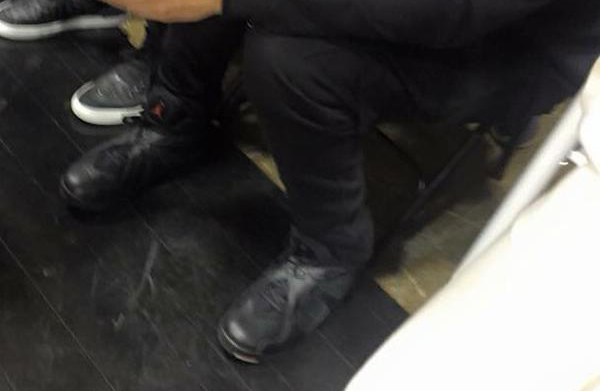 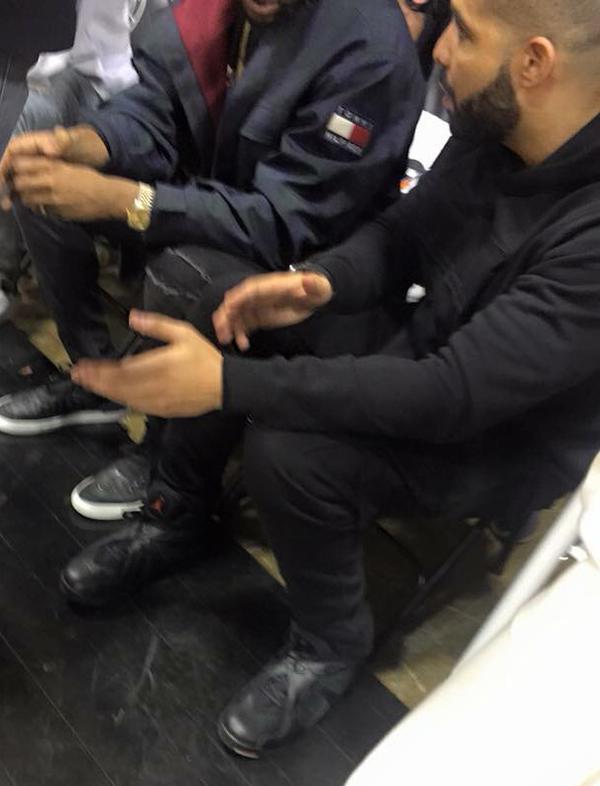 Drizzy in OVO 8s… Looked right past me lol pic.twitter.com/PYfuspRoMa 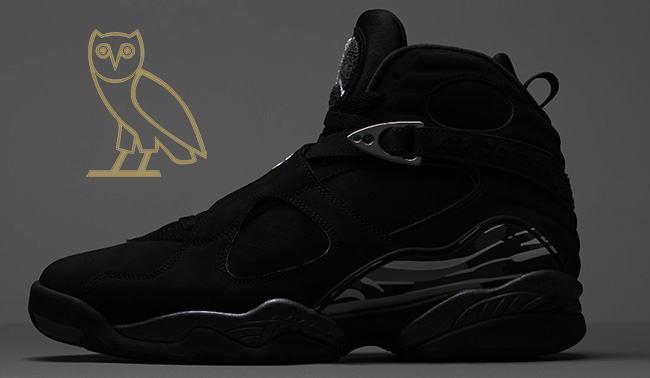 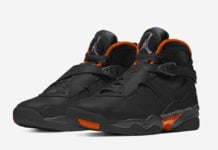 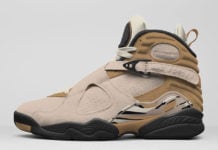 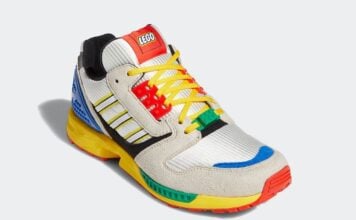