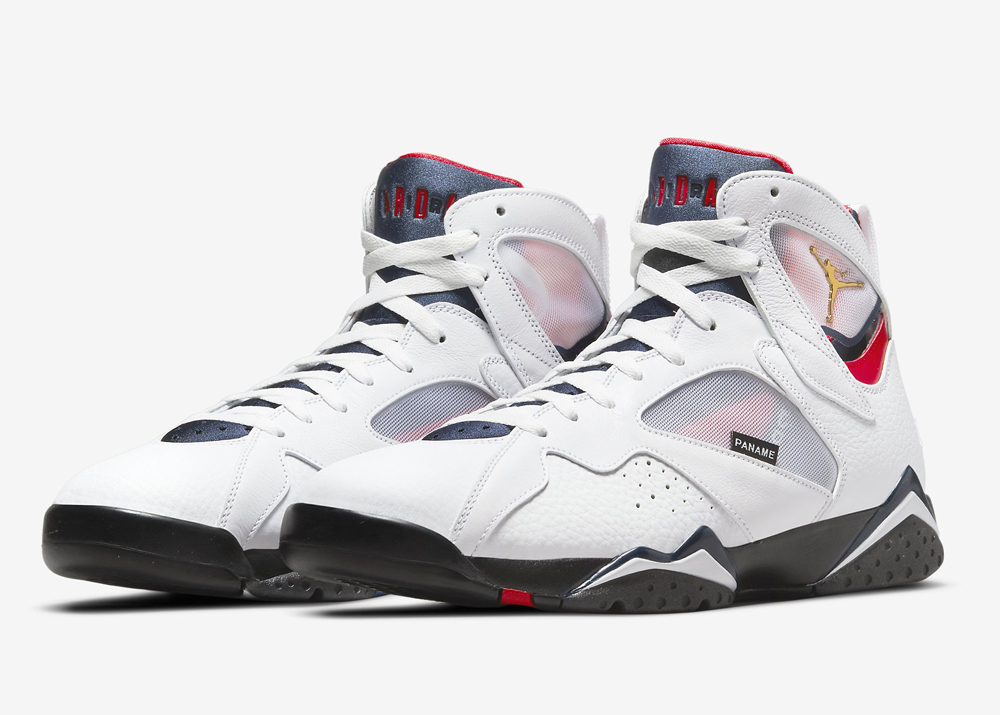 The Air Jordan 7 ‘PSG’ is an upcoming collaboration between Paris Saint-Germain and Jordan Brand that will release during Spring 2021.

This Air Jordan 7 comes dressed in a White, College Navy, Sport Royal, and University Red color combination. Utilizing White leather across the upper while mesh netting for ventilation lands on the panels and ankle. Next, we have a small label that reads ‘Paname’ while the Jumpman on the ankle comes in Metallic Gold. A mixture of Black, White, and Midnight Navy appears on the midsole and instead of the traditional Jordan 7 emblem, we have Paris St. Germain’s logo, which forms the Eiffel tower and a fleur de lys. On the insoles, we have a mixture of the aforementioned shades using the models zig-zag pattern, with ‘Ici C Est Paris’ across it. Finally, a mostly Black outsole with hits of Navy, Red, and White finish the look.

Furthermore, each pair comes housed in a unique box. Featuring Blue on the lid with PSG branding, the inside of the box has a grass field graphic.

You can expect the Air Jordan 7 ‘PSG’ to release at select retailers including Nike.com on May 22nd, 2021. For those that want them now, check out Flight Club and Goat. The retail price is $215. Once more information is available we will make sure to update. 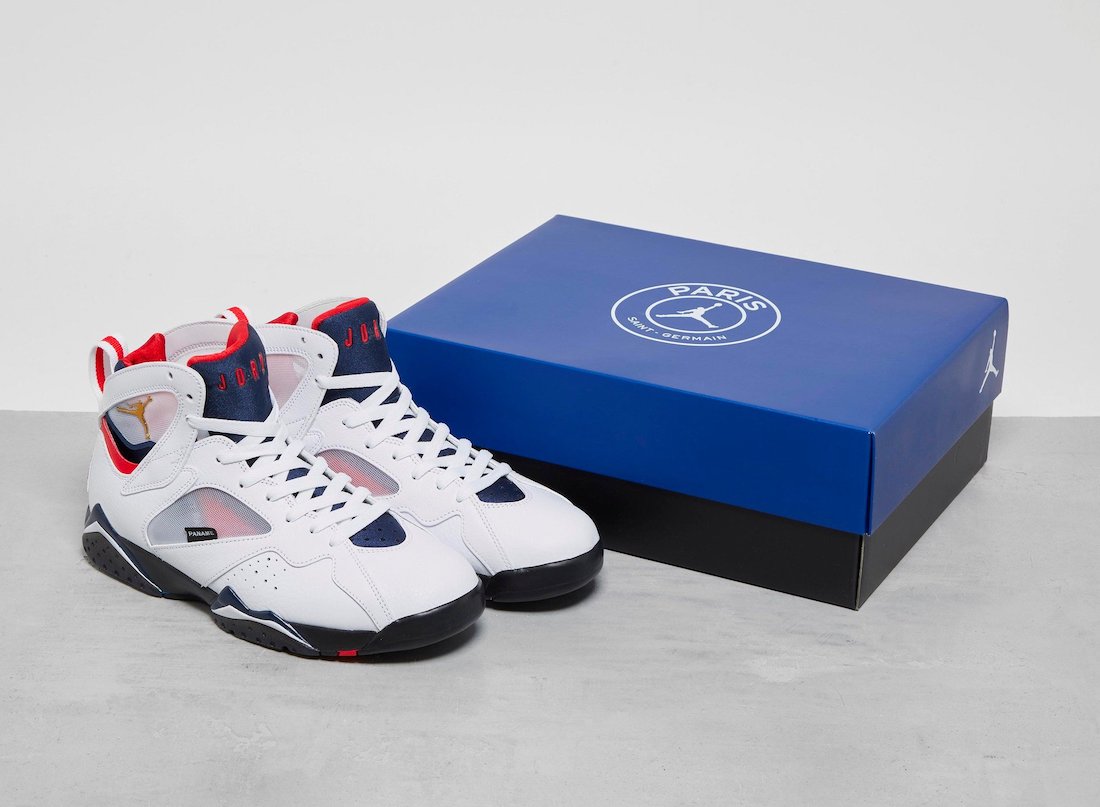 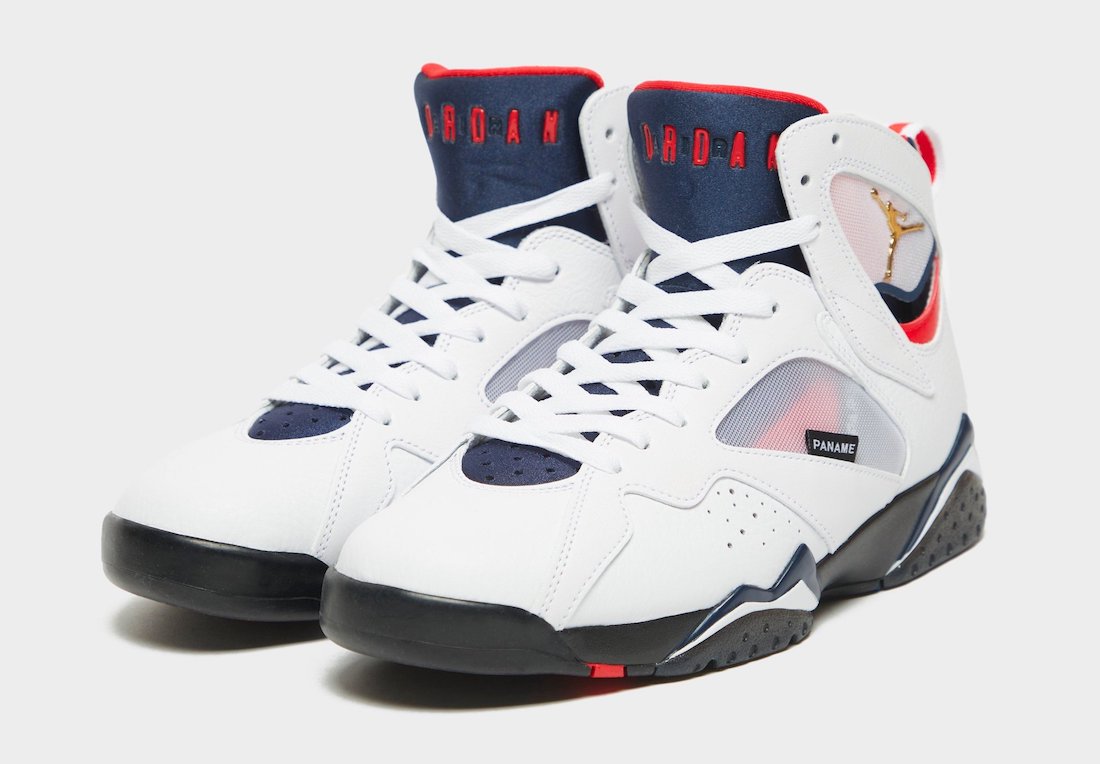 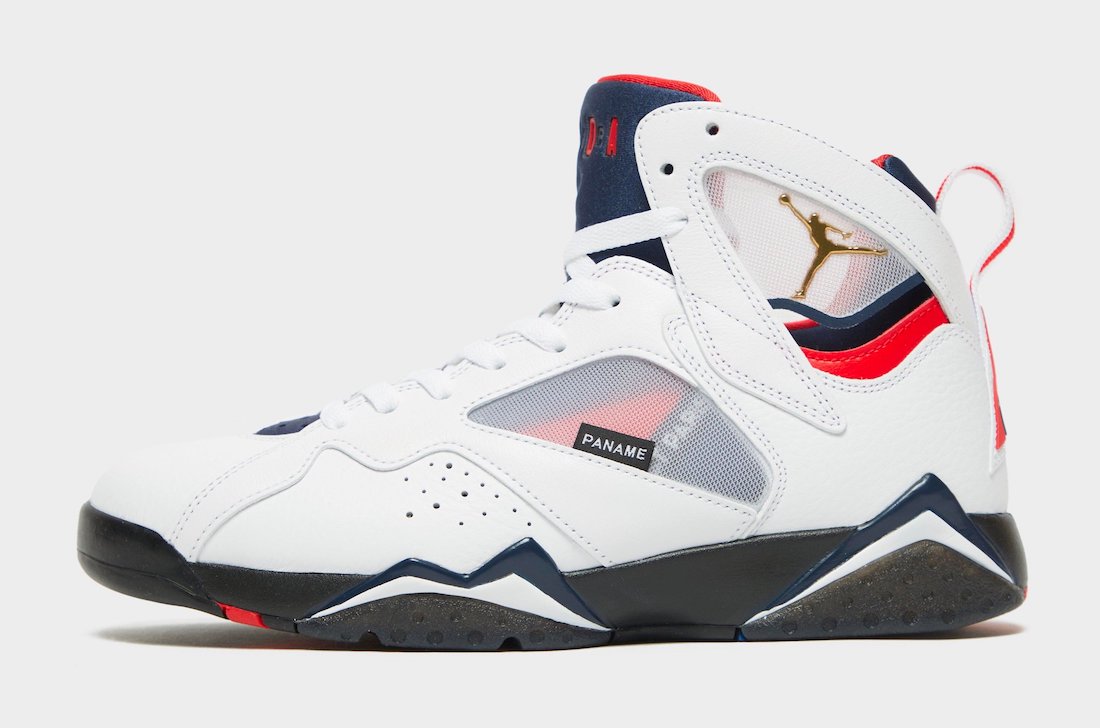 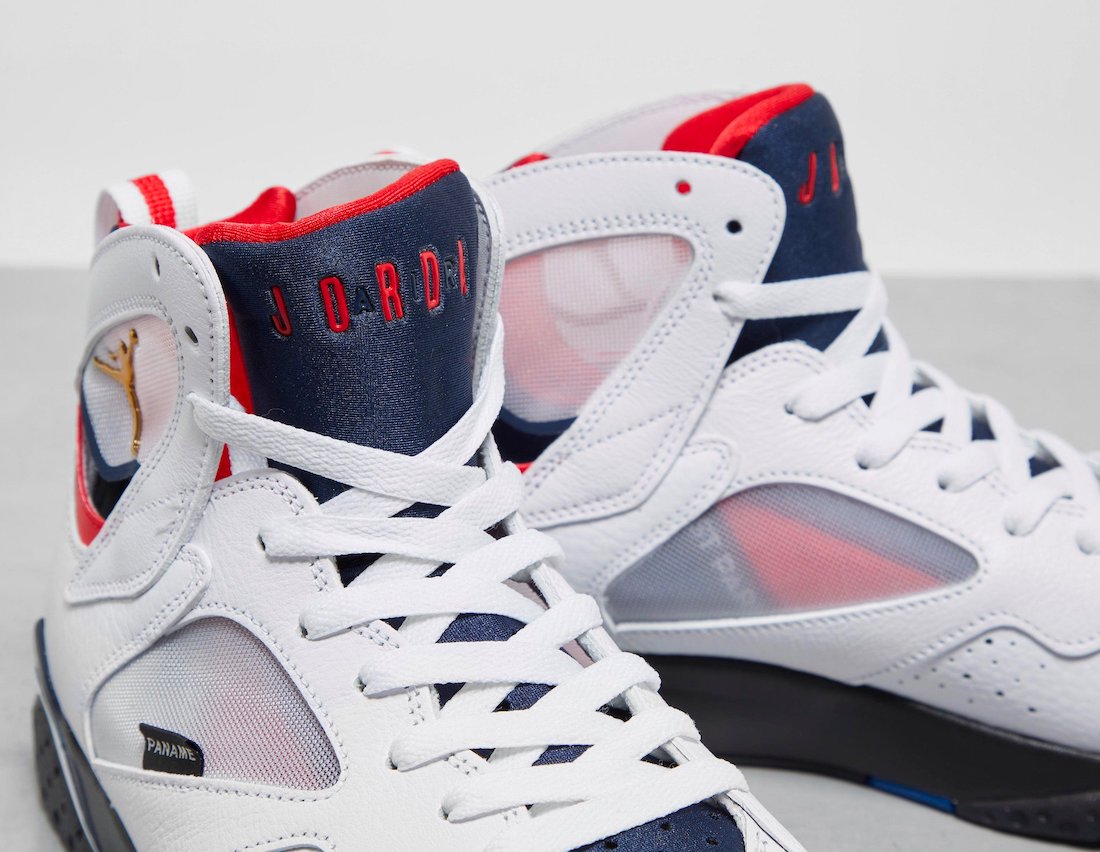 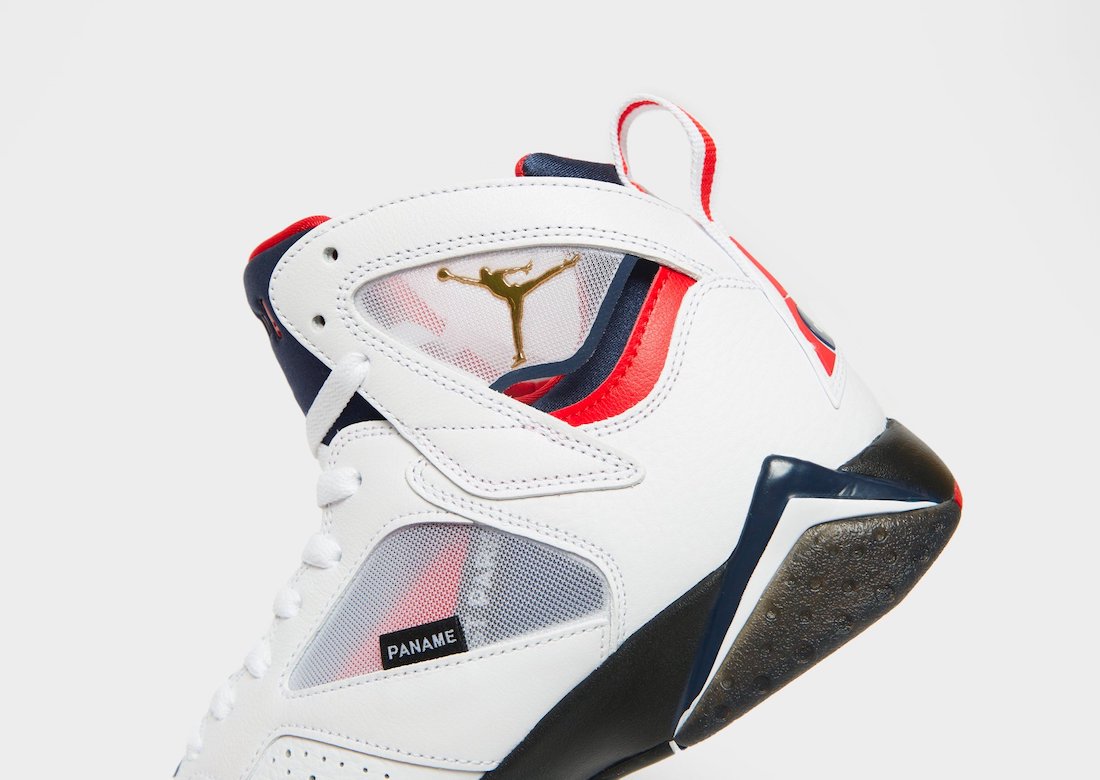 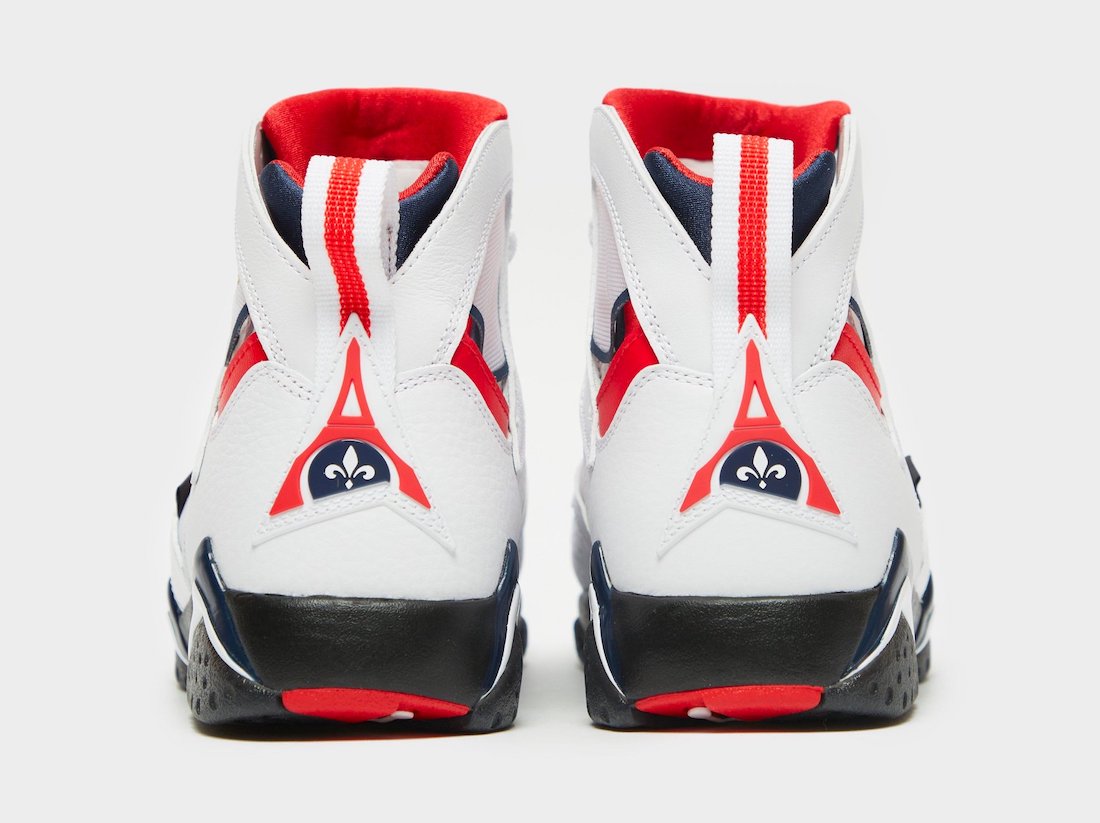 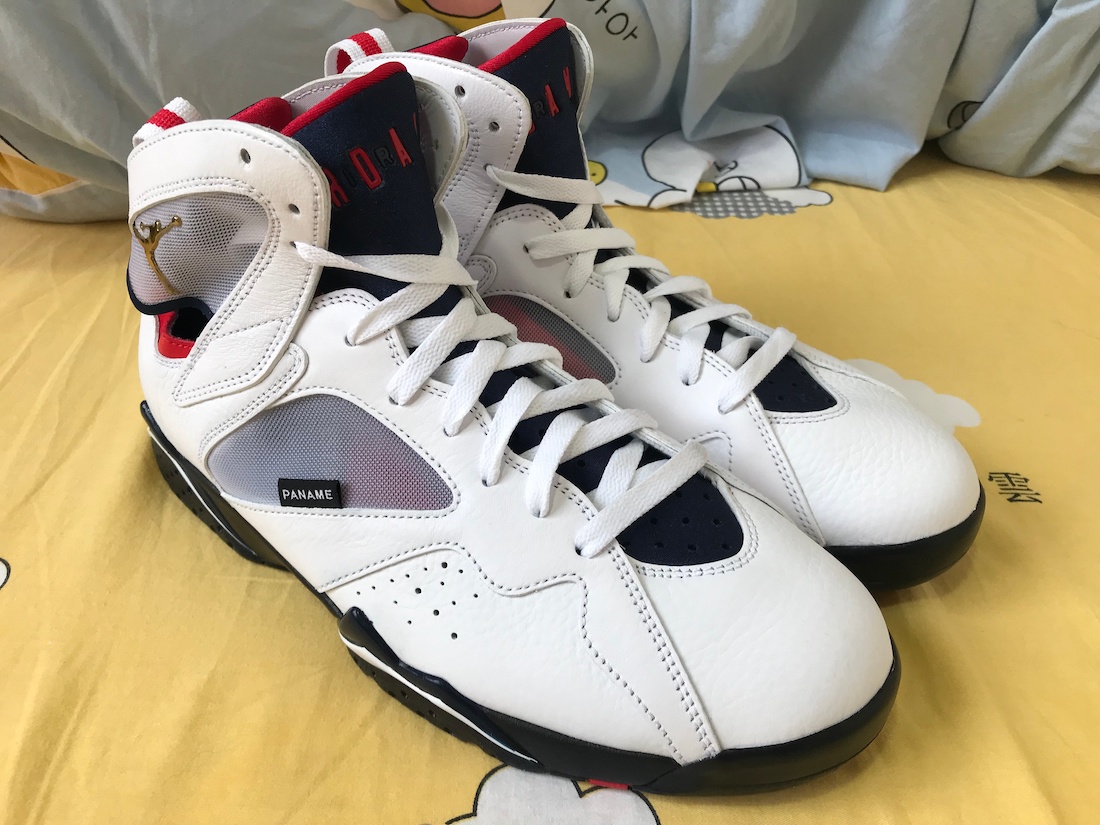 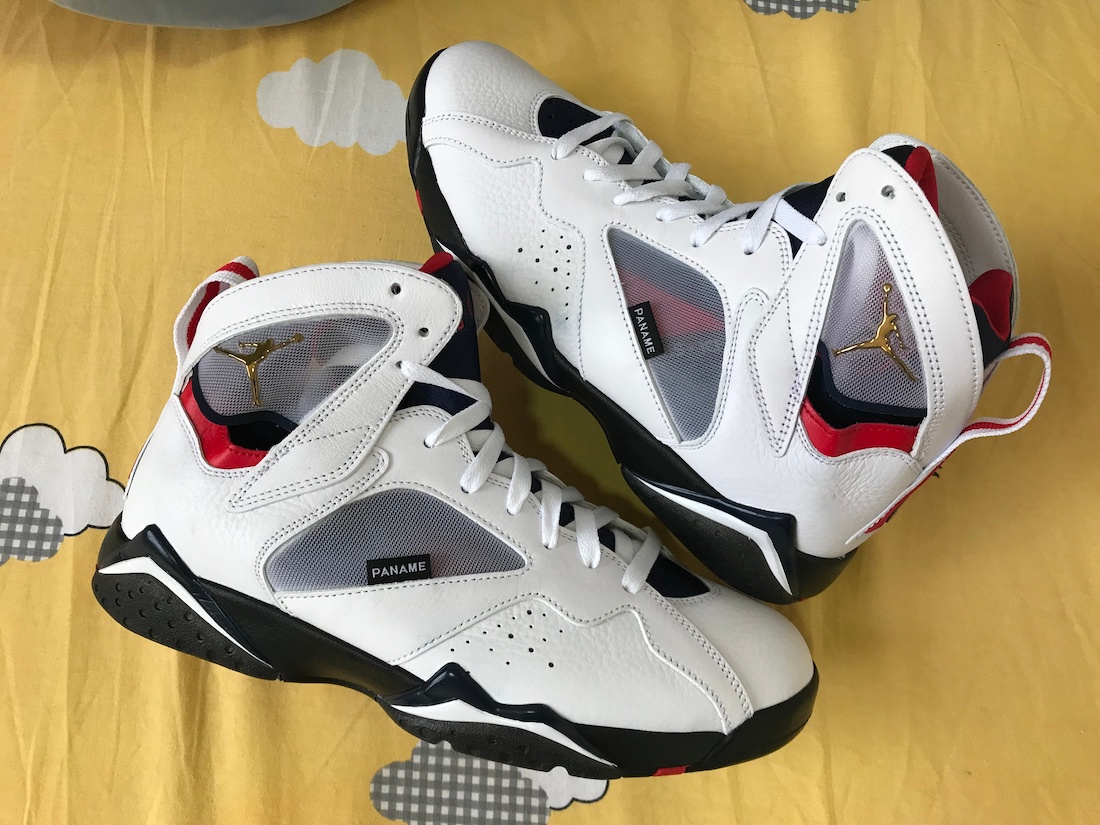 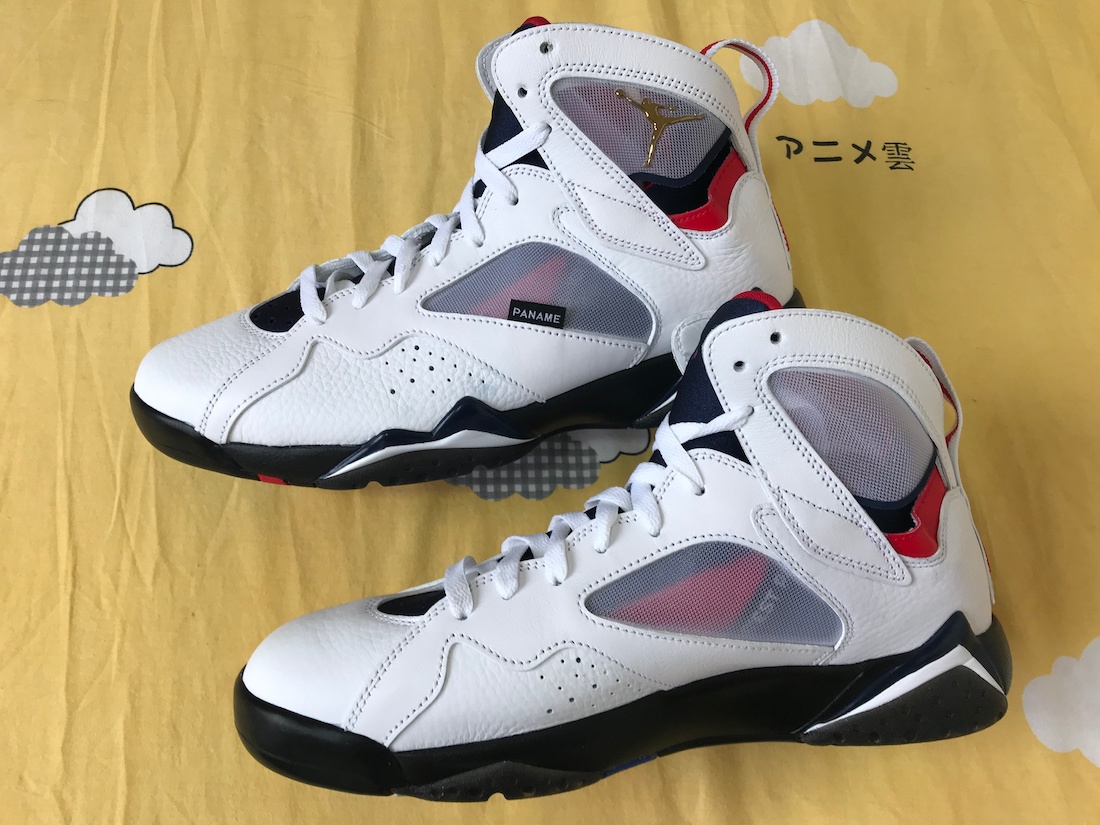 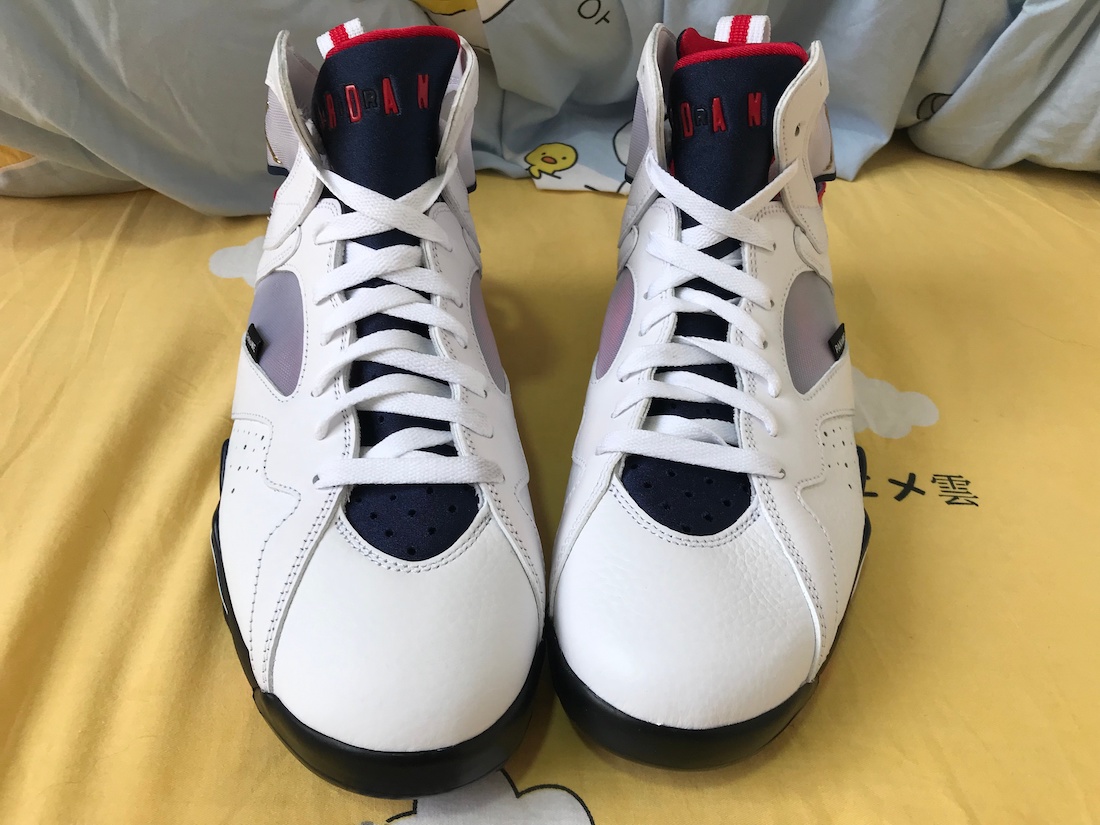 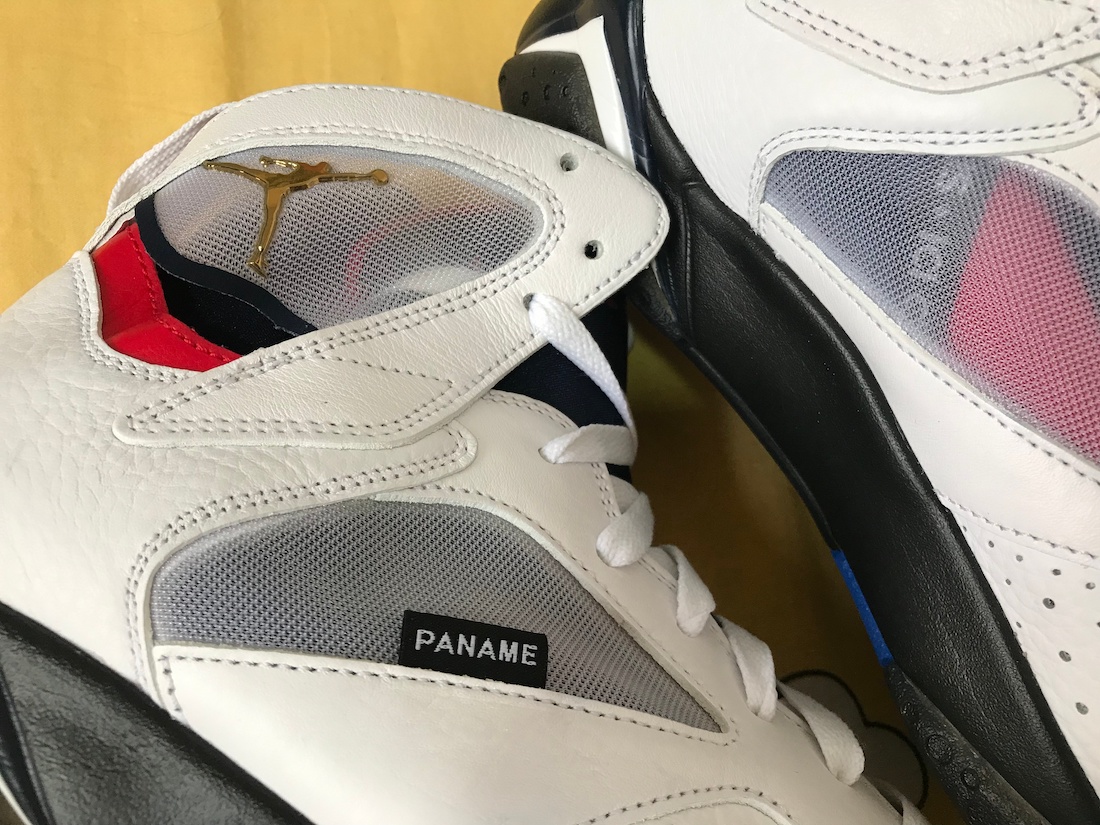 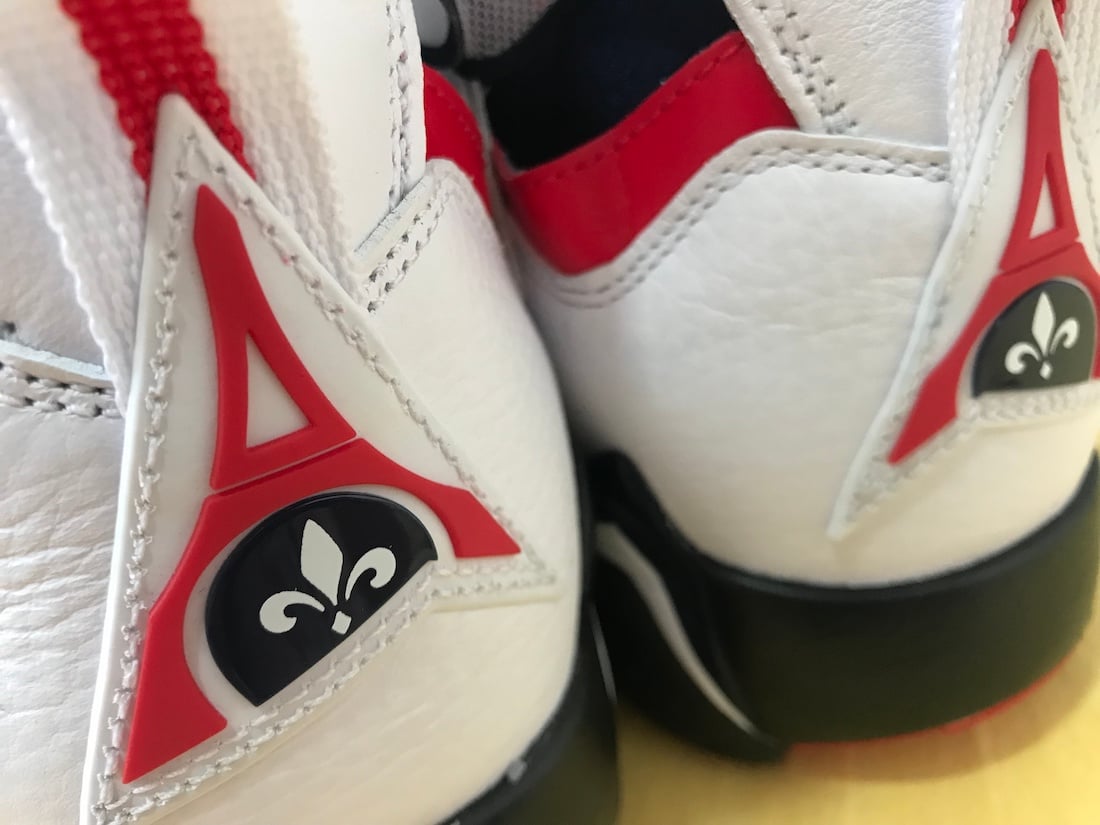 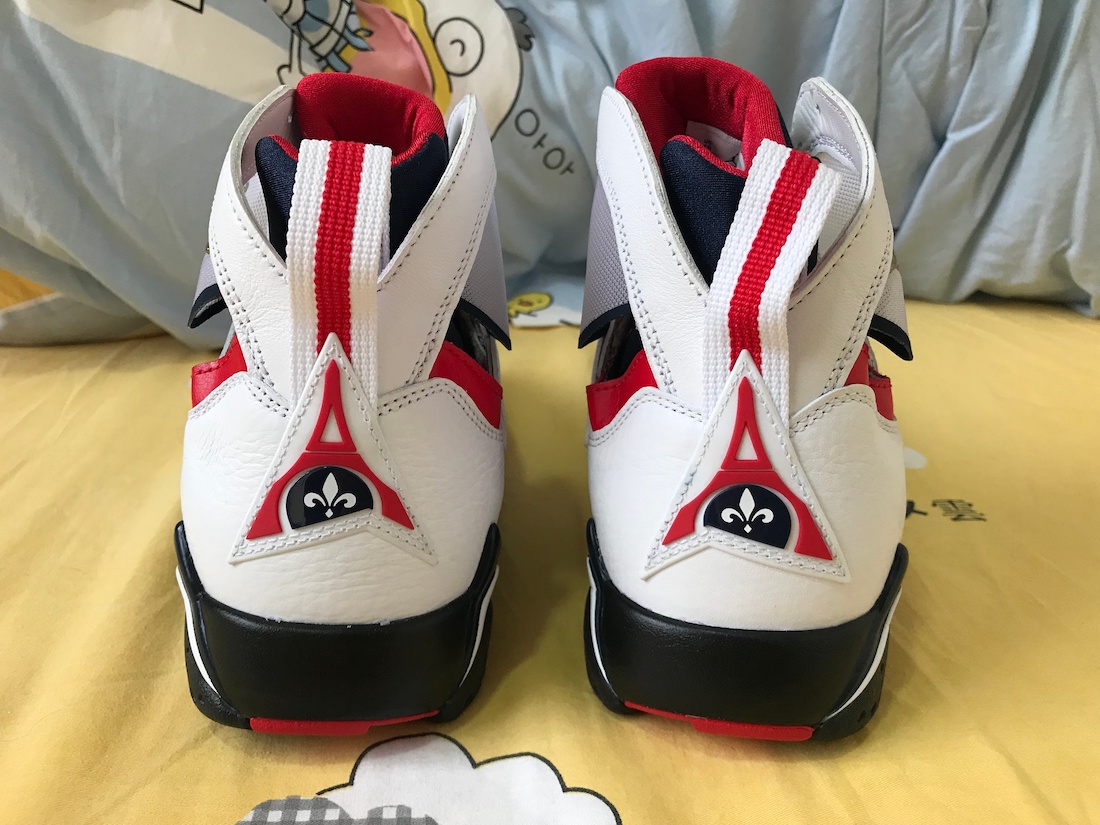 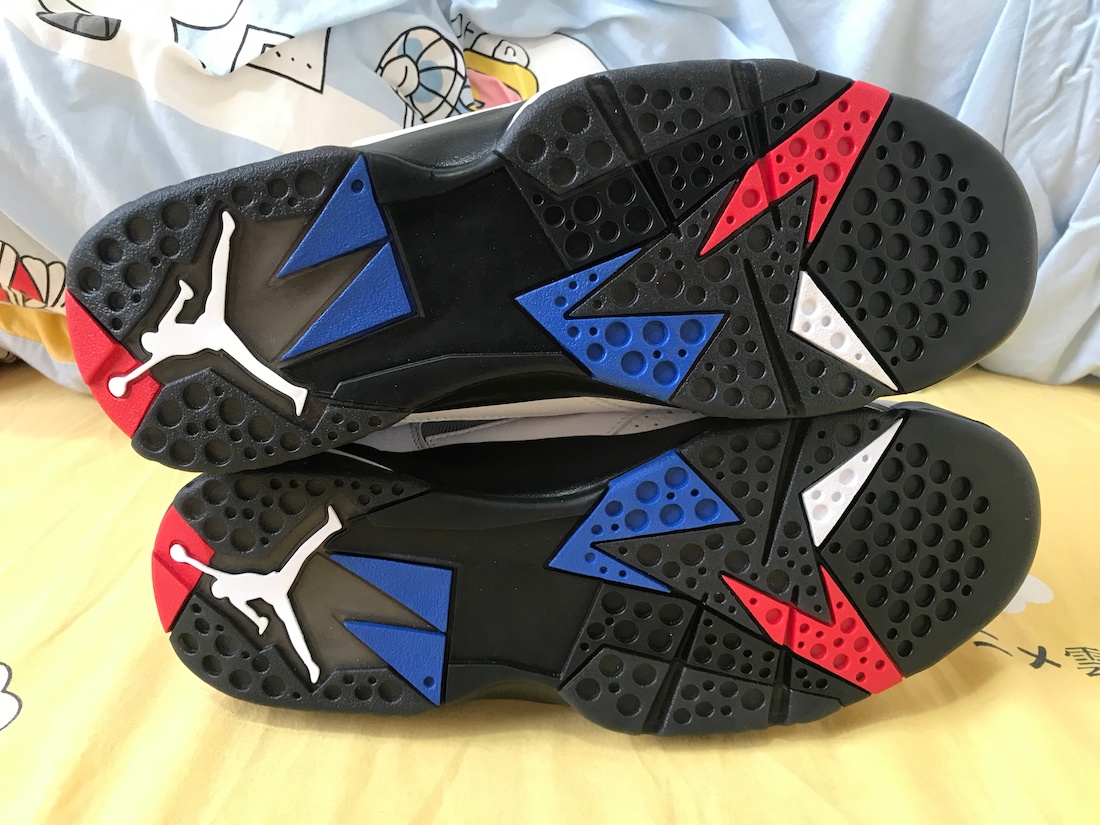 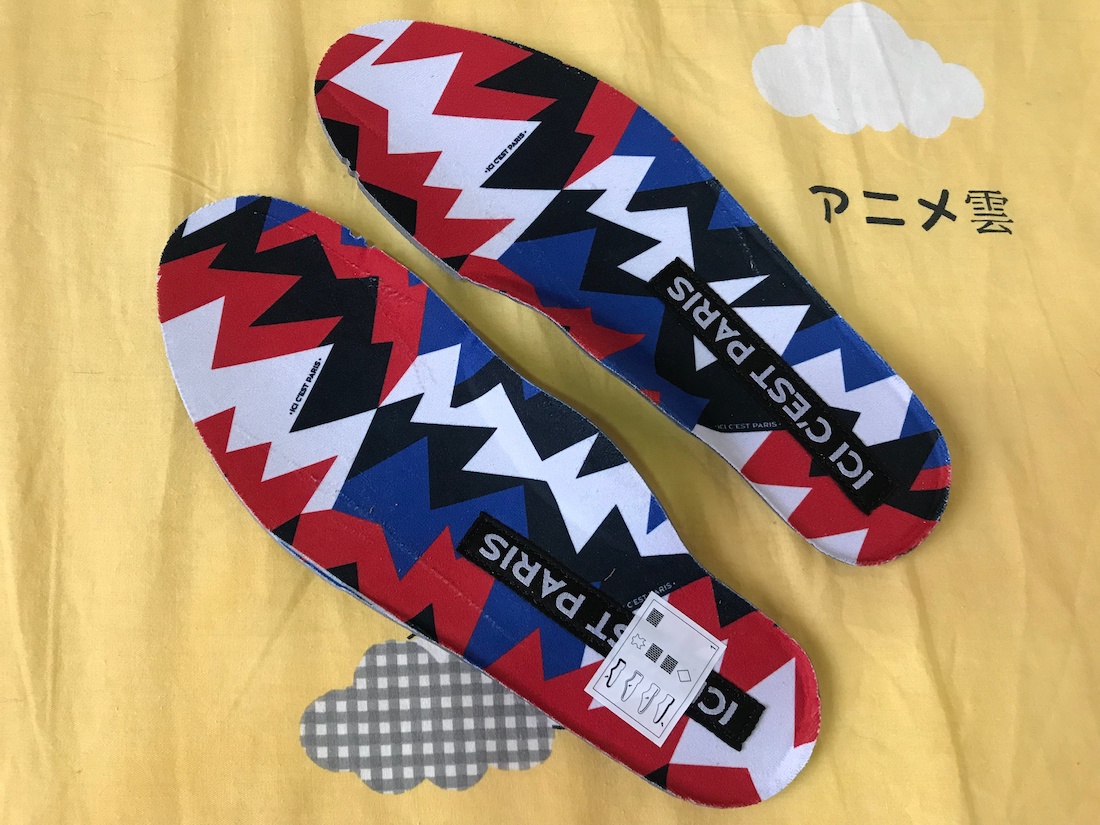 Update (3/10): We now have a first look at the ‘PSG’ Air Jordan 7 which somewhat resembles the Air Jordan 7 ‘Cardinal.’ Also, the pair comes highlighted with mesh on the panels and ankle, PSG branding on the heel, and ‘Ici C Est Paris’ on the insoles. Currently, a release date is scheduled for May 22nd for $225. 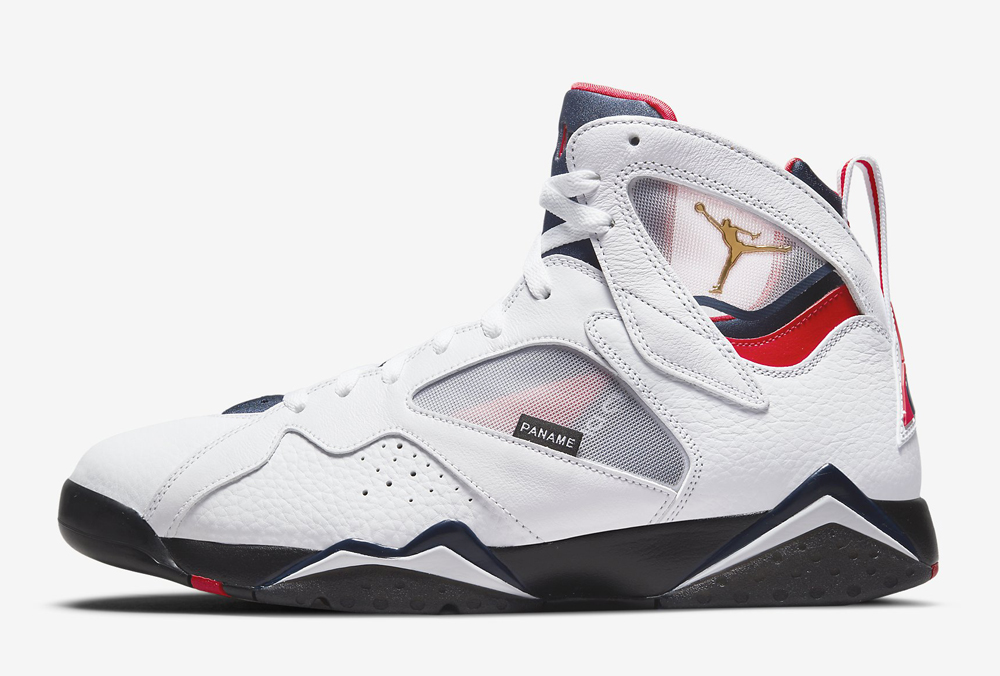 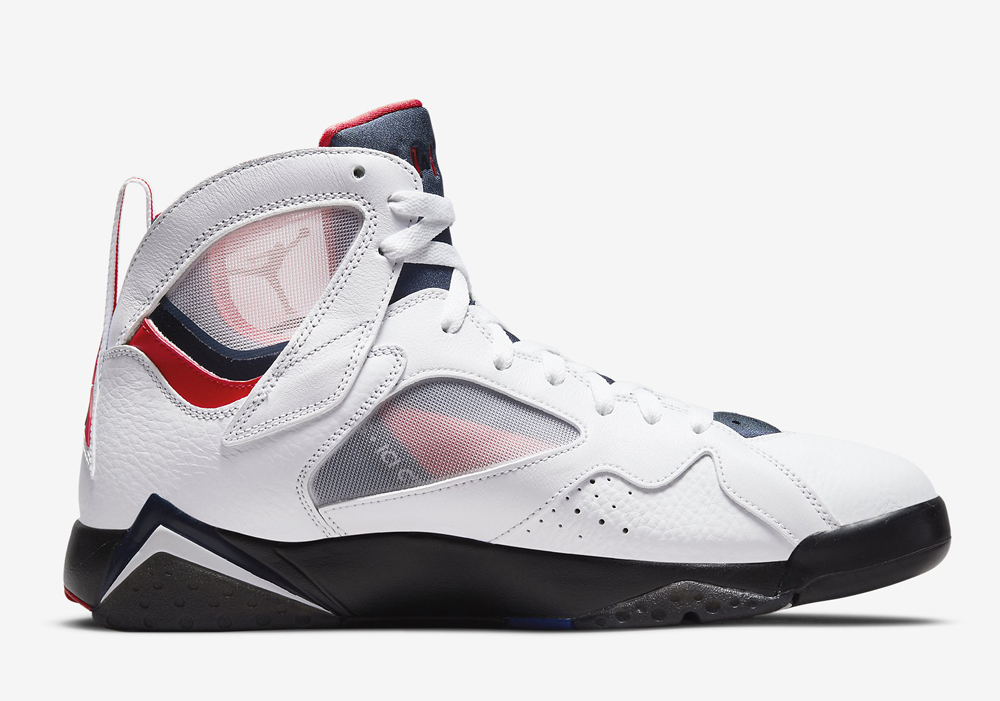 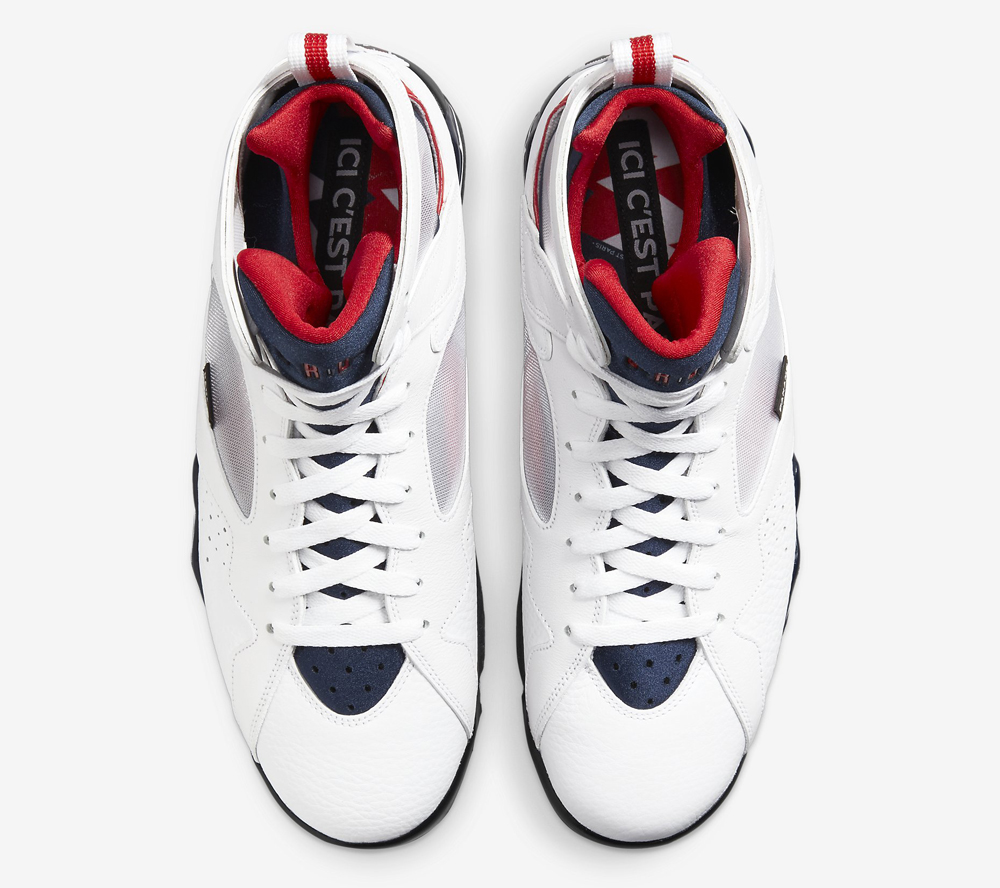 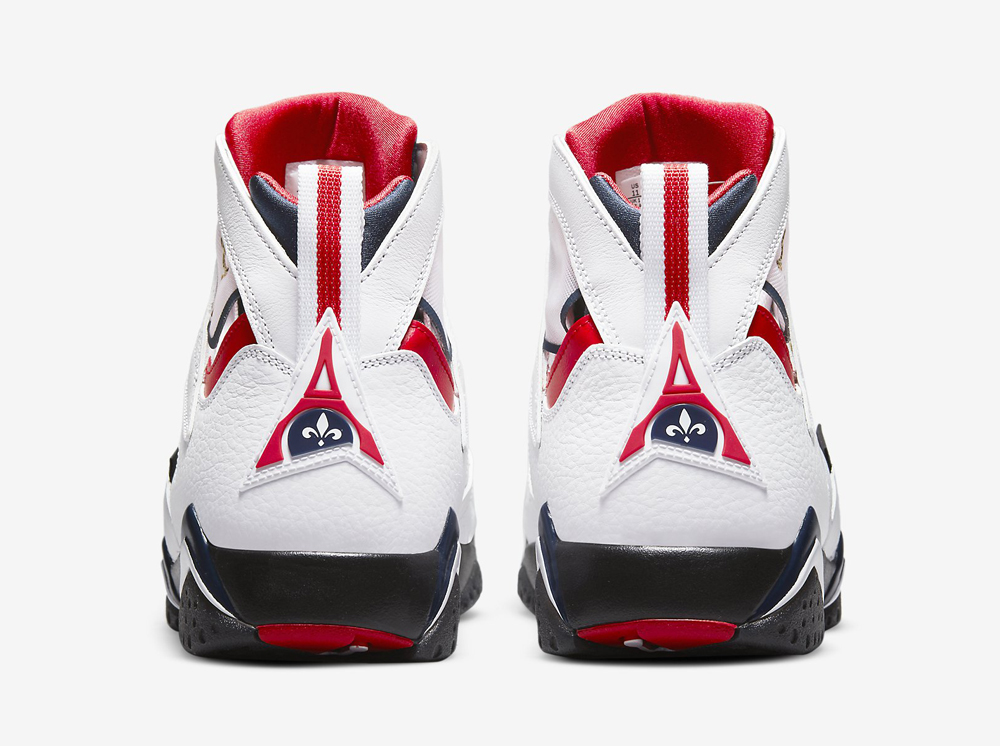 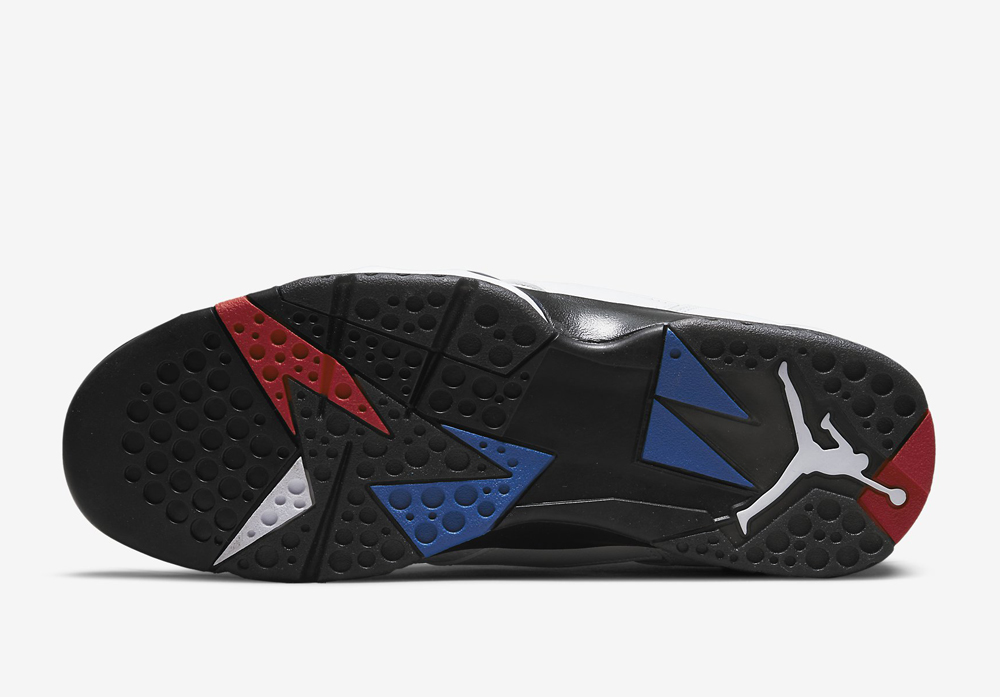 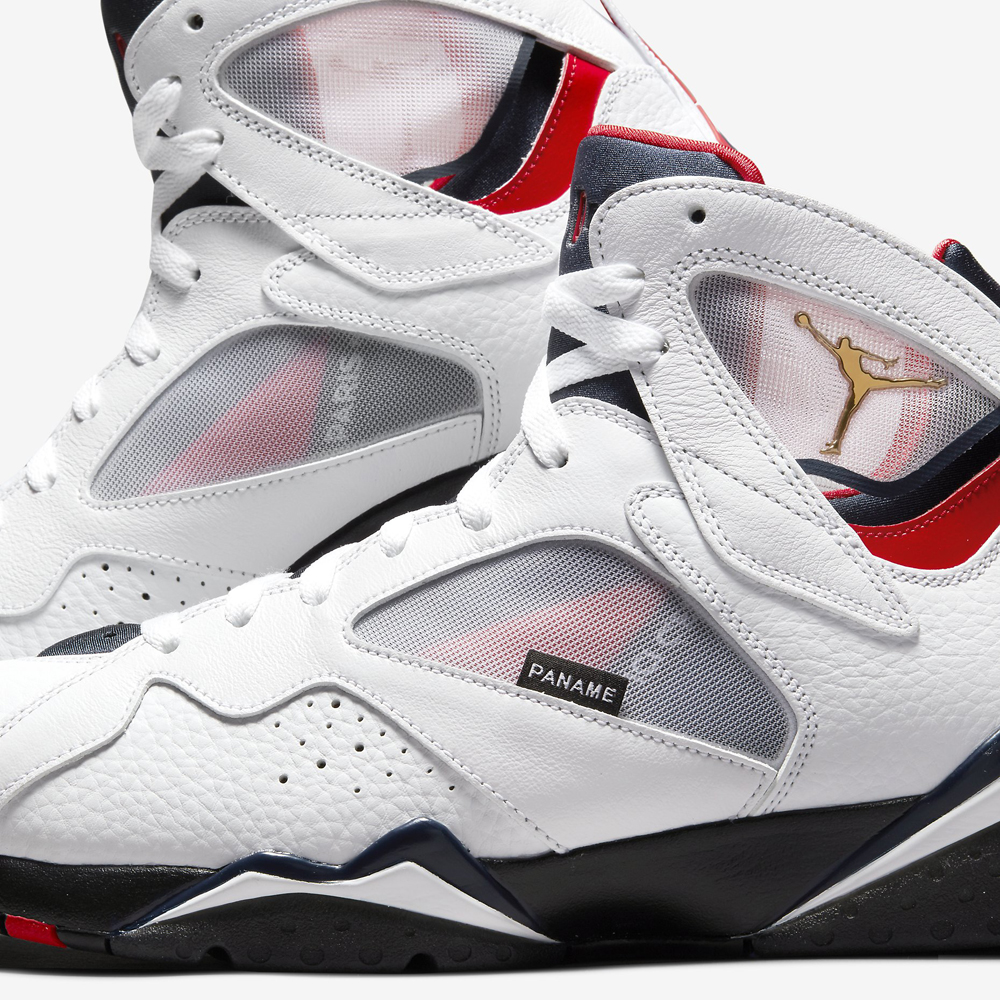 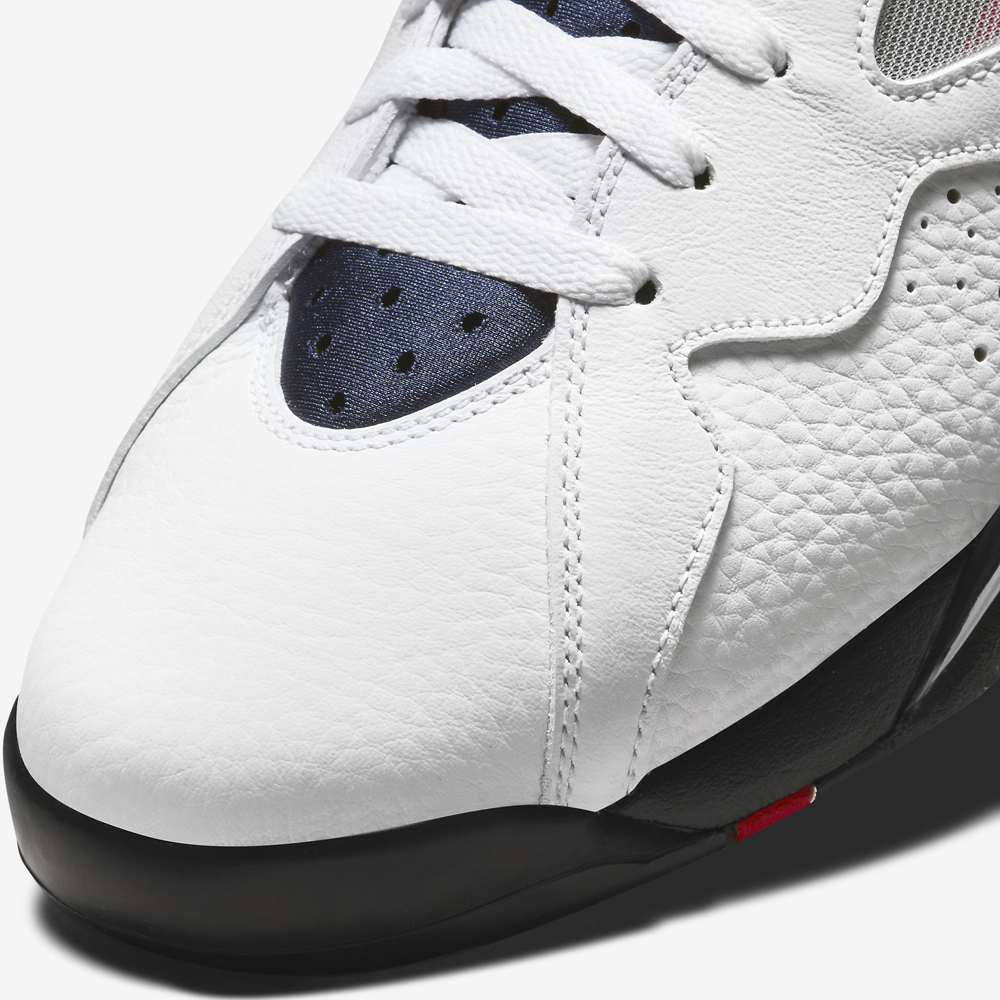 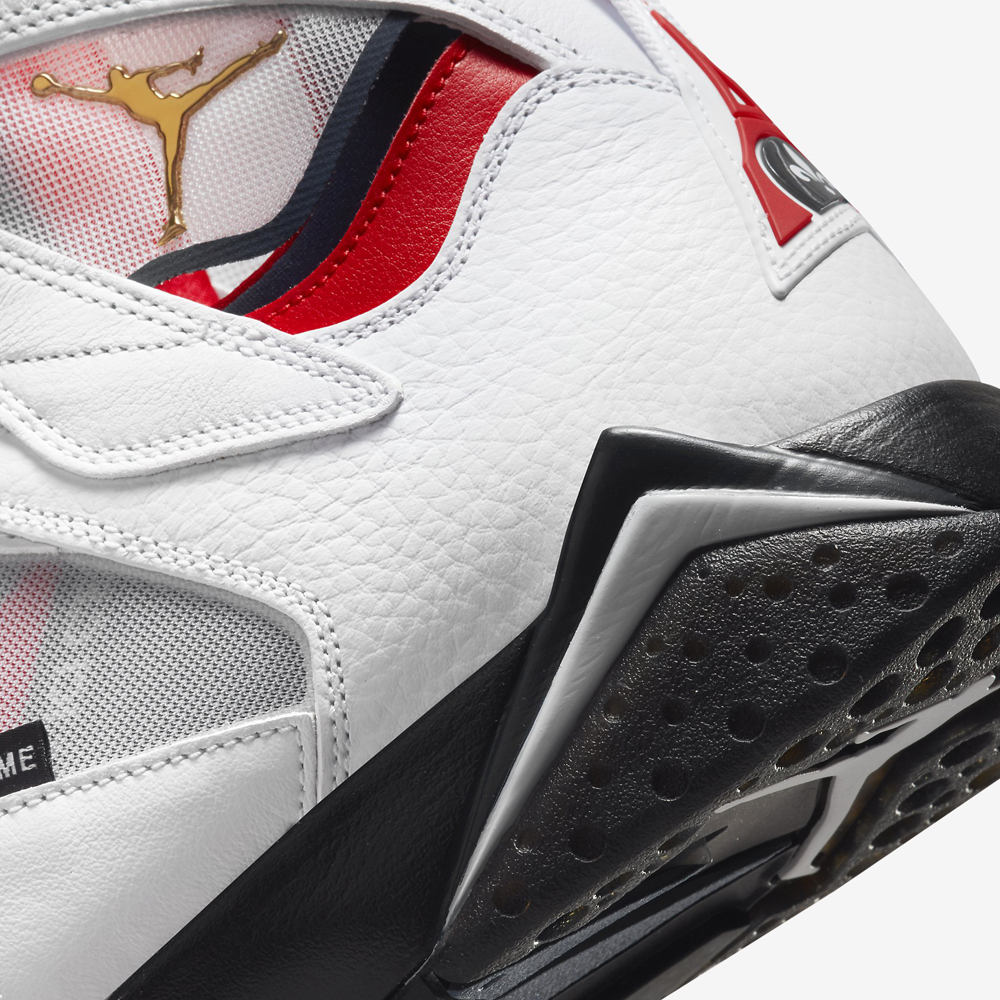 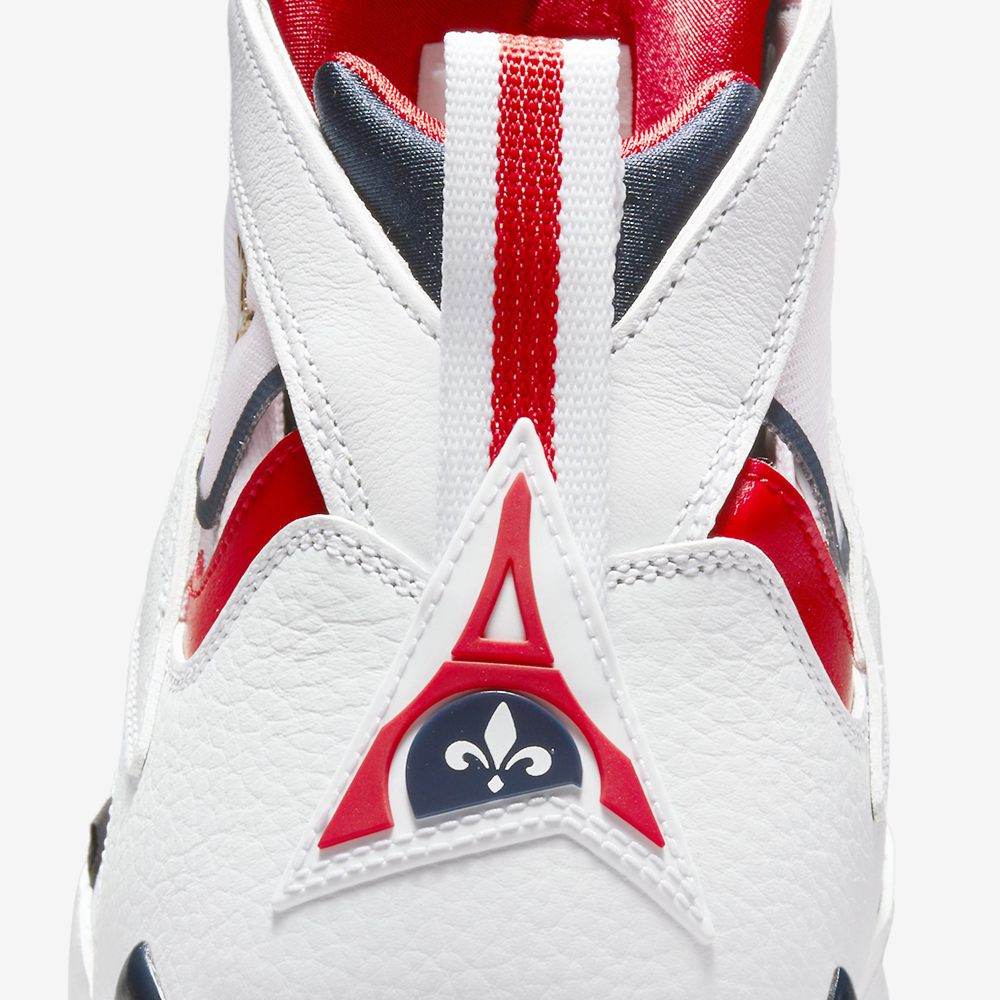 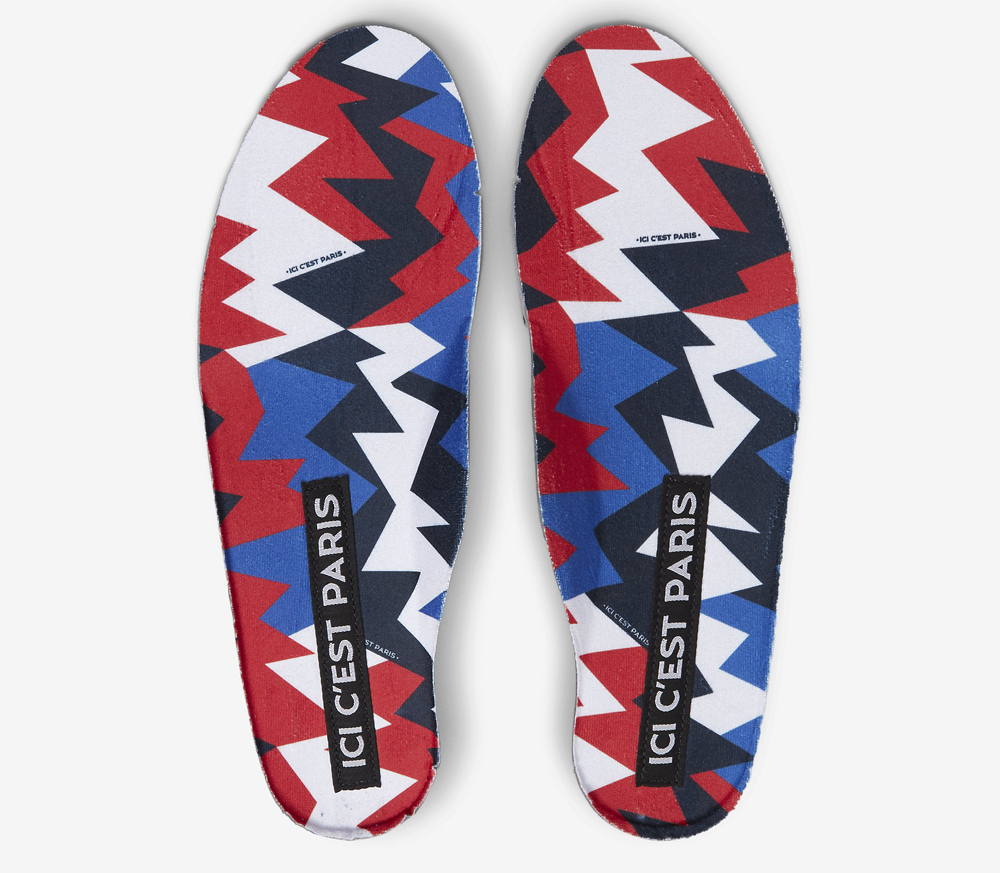 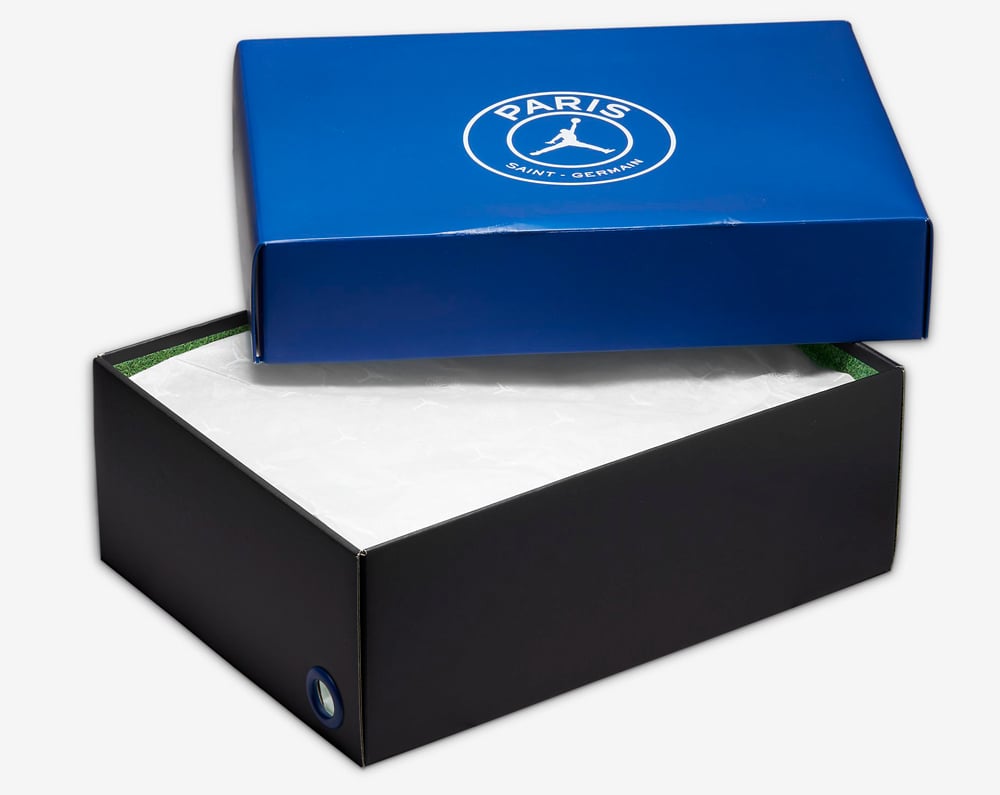 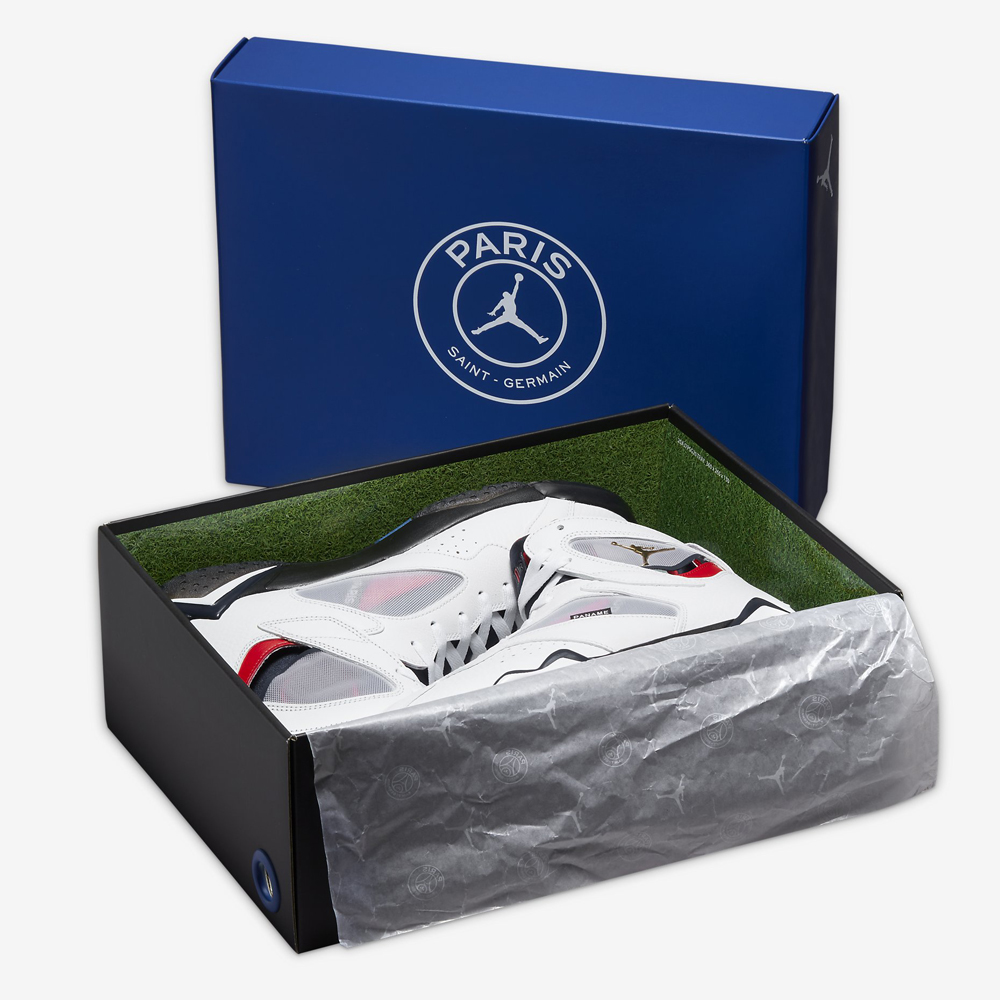 The image used is a mock-up by zsneakerheadz showing what the ‘PSG’ Air Jordan 7 could look like. 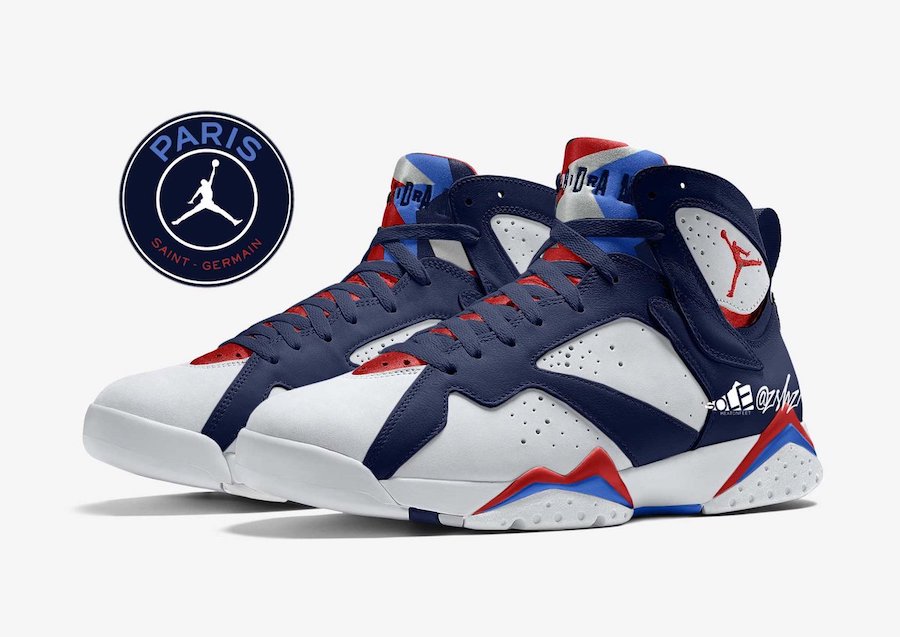