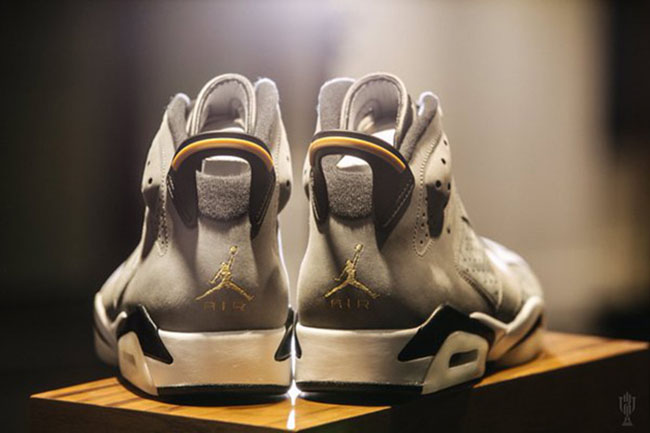 One of the exciting exclusive pairs to Marcus Jordan’s Trophy Room is this 1-of-1 Air Jordan 6 ‘Trophy Room’. This pair won’t actually release, however will be on display once the doors open on May 23rd, 2016.

The ‘Trophy Room’ Air Jordan 6 marks the third exclusive to the store. So far we have seen two pairs of the Air Jordan XX3, one in Black and the second in White and Gold which will release in limited quantities.

This Air Jordan 6 features a suede upper along with shades of Grey through the base. Following are Black and Gold accents which are seen on the heel tab and Jumpman branding. Completing the look is a White midsole and translucent outsole.

Below are additional photos of the Air Jordan 6 Trophy Room. Like mentioned, they are a 1-of-1 for the store and Marcus Jordan has stated they will never release. Leave a comment and let us know your thoughts on them and if you think that Jordan Brand should release them. 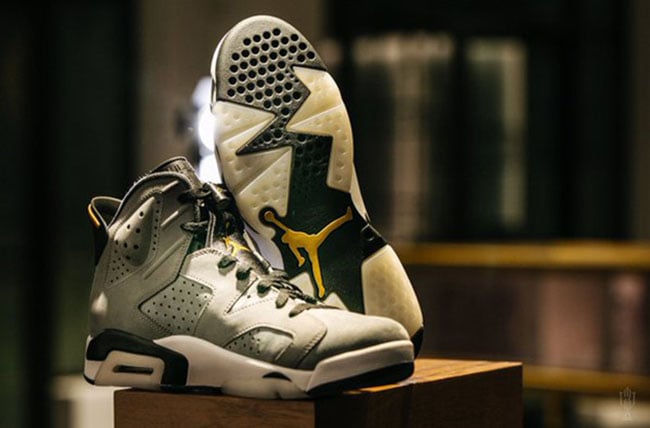 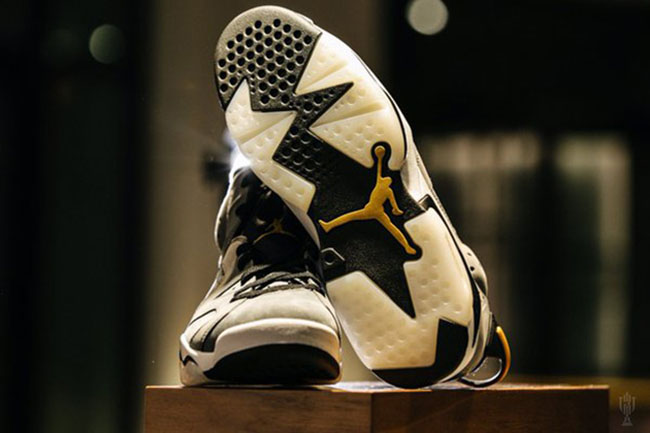