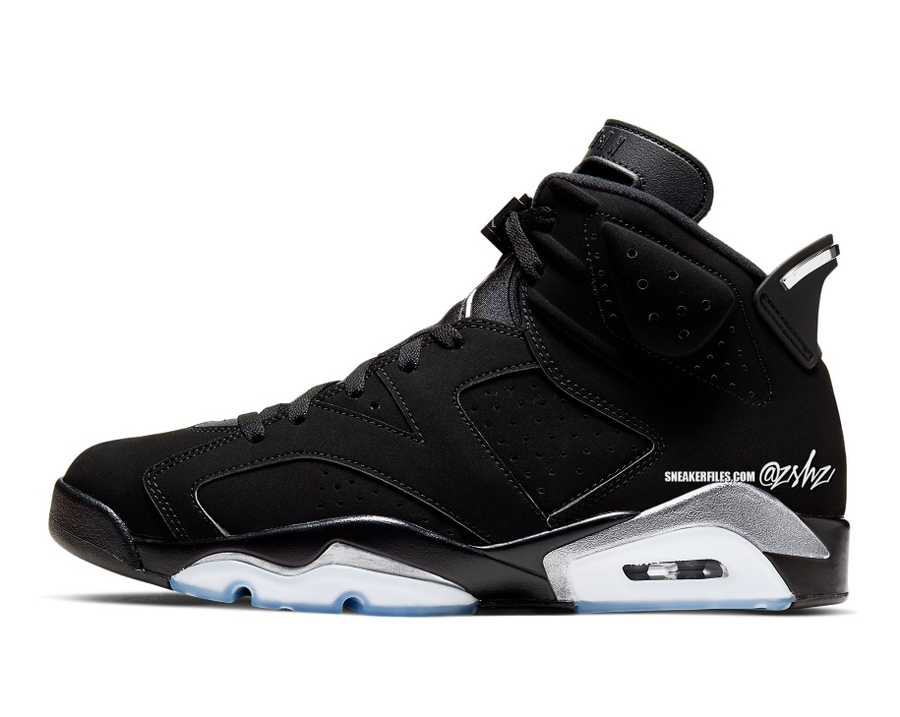 The Air Jordan 6 ‘Chrome’ will return during Holiday 2022, but this time around, it will debut in mid-top form.

The low-top ‘Chrome’ Air Jordan 6 was originally released in 2002 and was one of three color options (University Blue and Coral Rose). We saw the pair retro for the first time in 2015.

Jordan Brand is also taking original colorways or older retros that initially launched in low-top form but placing them on the mid-top version. Also dropping in 2022 are the ‘Brave Blue’ Air Jordan 13 and ‘Ginger’ Air Jordan 14.

This Air Jordan 6 comes dressed in a Black and Metallic Silver color combination. Although the image is a mock-up, it accurately represents what’s releasing. Constructed with Black nubuck on the upper, Metallic Silver appears on the tongue, heel, and midsole, which gives them the ‘Chrome’ nickname. Lastly, the pair has a translucent outsole and will come housed with special packaging.

You can expect the Air Jordan 6 ‘Chrome’ to release at select retailers and Nike.com on November 19th. Once we have more information, including a retail price, we will make sure to update you.

The Image used is an accurate mock-up by zsneakerheadz.