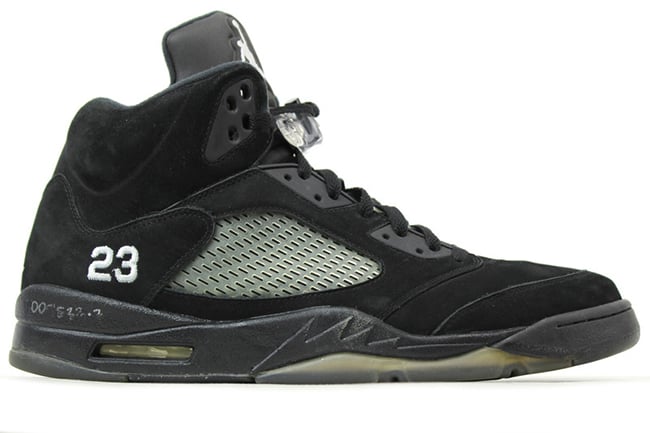 Jordan Brand had some plans on releasing this Air Jordan 5 ‘Black’ Sample back in 2013, but as you already know they never made it to retailers. Now is your chance to own a rare pair.

This particular pair has been worn but according to the seller is in good shape. Samples usually do not come with a box, but a replacement one is available along with the lace locks. There is some writing on the midsole that probably came from the factory.

Dressed in black with small amounts of white. The uppers take on black nubuck while the midsole and even flames take on the same color. White runs through the 23 stitched on the side and Jumpman logos while 3M is blasted on the tongue. Instead of a blue tinted outsole, the brand went for a clear look although they look a bit darker due to age.

Below you can see more images of the ‘Black’ Air Jordan 5 sample and if you got some extra money laying around, this pair can be yours for $3,500 by visiting Indexpdx. Remember this pair never released and only a limited amount of samples were produced, so this could be your only chance of buying as others are stored away. 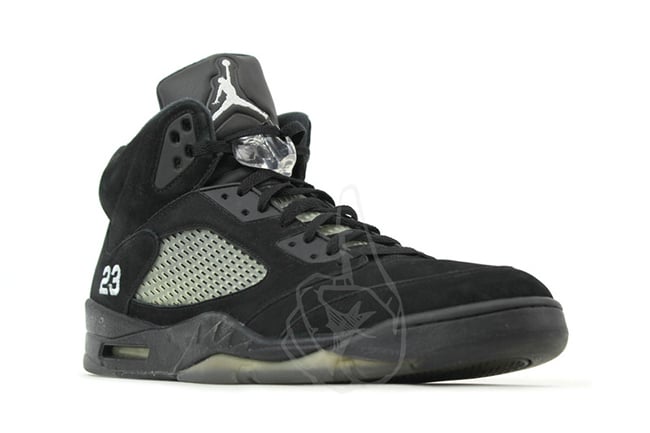 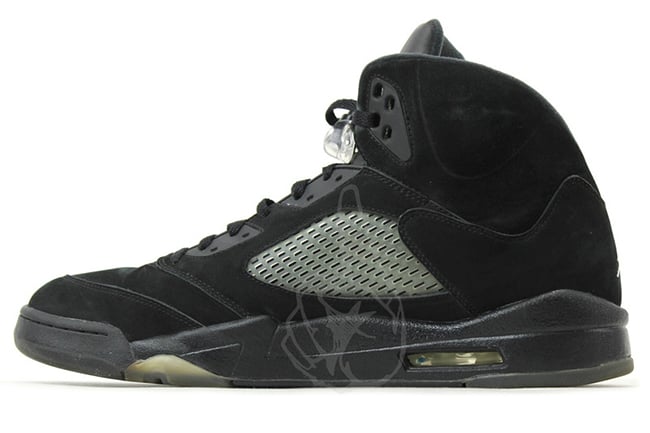 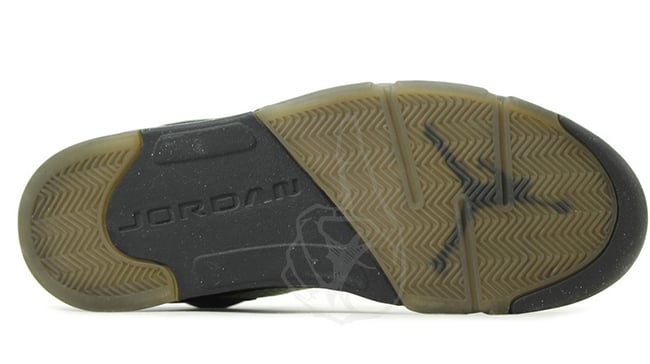